The Arlington Parents for Education Group voiced their frustrations with the superintendent after he announced that the current hybrid learning model will continue. 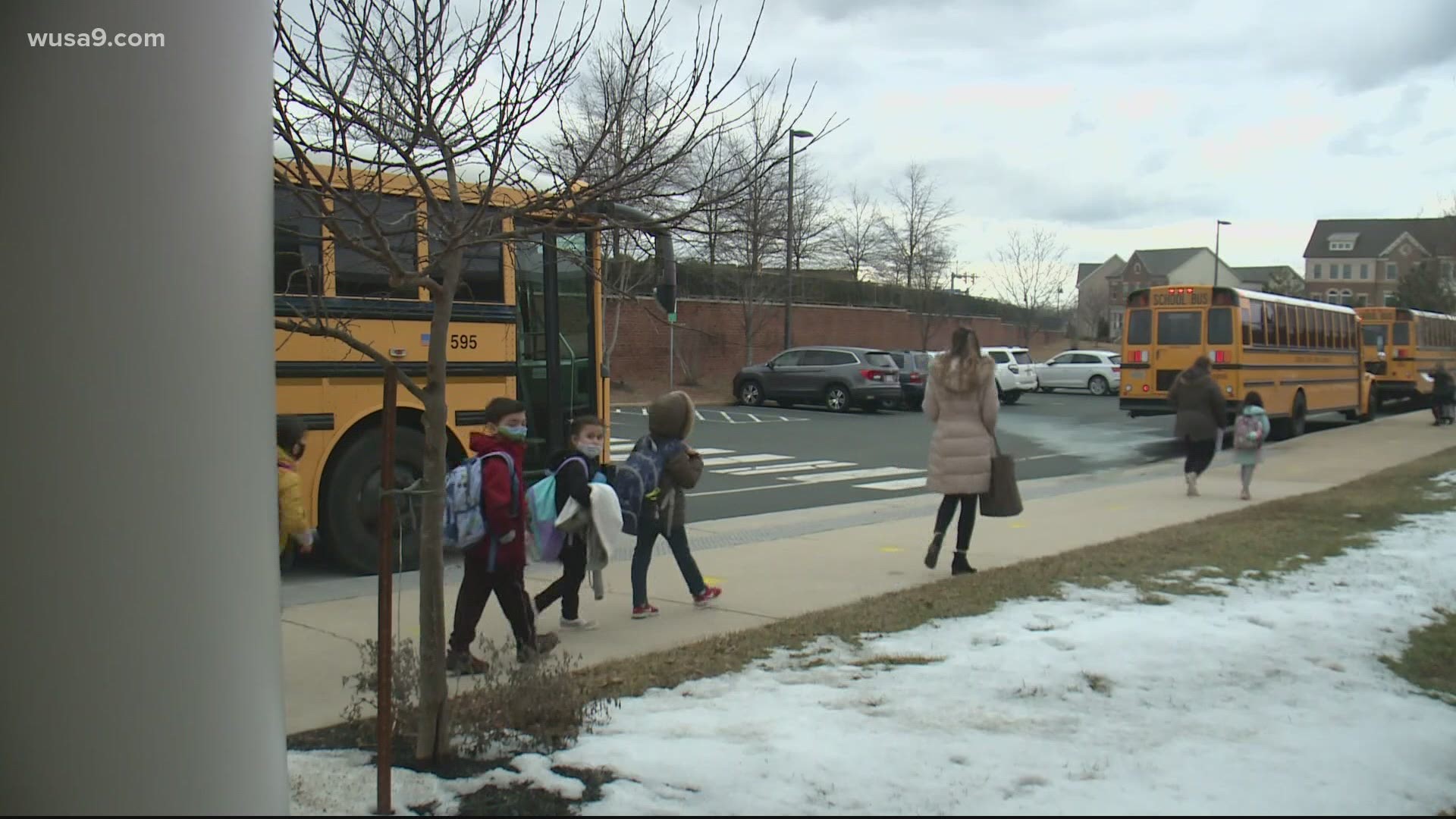 ARLINGTON, Va. — A group of parents remained frustrated with Arlington Public Schools Superintendent Dr. Francisco Duran on Friday, a day after he announced that the current hybrid learning model would continue for the rest of the academic year instead of increasing the amount of in-person learning days this spring.

Currently, the Arlington Parents for Education group told WUSA9 that Arlington students can attend a maximum of two days per week of in-person learning, in addition to two days of virtual learning and one day of at-home study.

On Thursday, Duran announced during a meeting with the school board that the current model would stay in place for the rest of the spring. Instead, parents may be able to choose to send their children for five days of in-person learning for summer school and by the fall.

Parents like Bryan Walsh, who has a son in second grade at Nottingham Elementary, were hoping for an increase in the amount of in-person learning days and voiced frustration on Friday with the superintendent's decision.

"Getting our kids back in school in person to the greatest extent possible should be goal number one," Walsh said. "At this point, I would take one more day. I would take two more days.”

During his announcement, Duran highlighted how the Centers for Disease Control (CDC) recently updated guidance for schools to allow for three feet of space between students in classrooms instead of six feet.

Due to the change, Duran said the school district may be able to admit more students for in-person learning under the current hybrid model.

However, Duran said boosting the number of days students can be in their schools was a "monumental logistical challenge" that could impact class schedules, teacher assignments, and staffing for schools.

"In the short time, this change is not a simple change that can just happen quickly when you think about all the things that need to happen," Duran said. "We would need to re-survey all the families and in many cases rebuild schedules while resetting teacher assignments, which would disrupt instruction for students. It would require ramped up mitigation and contact tracing for a greater number per classroom, which is something we will be planning to do and will work on.”

"We are committed and we are focused on what we will do to provide the quality instruction in both of our models currently," Duran added.

Aside from parents, Dr. Duran also received some pushback from members of the school board on Thursday.

Both David Priddy and Reid Goldstein questioned the approach to the decision to remain with the current schedule and believed there could be room to change the number of in-person days.

"We made it through with pivoting to virtual school then with hybrid learning. Now we have a new challenge with going from six feet to three feet. Why can’t we take this challenge and create a solution for that one too?” Priddy said. "I think we should mobilize and take this a step further and plan for more days in-person than just two."

"Our logistics have been given more flexibility by the impressive pace of community vaccinations and the recent changes in the distancing guidelines," Goldstein later added. "As a result, I’d like to see us take advantage of the changed conditions by finding ways we can bring more students into the buildings for more days.”

The Arlington Parents for Education took it a step further on Friday by calling for the school board to vote on an "urgent and rapid return to school plan" during their next meeting or to propose a vote of no confidence in the superintendent.

"We’ve been waiting a year now," Walsh said. "I would hope that they act like this is the emergency that it is and not wait another two weeks till after spring break to meet on this again.”

RELATED: Some students in Arlington, Alexandria return to classrooms for hybrid in-person learning