DC Police arrested a 14-year-old boy in the shooting death of Antonio Gardiner. It was the second shooting in less than two hours in Southeast. 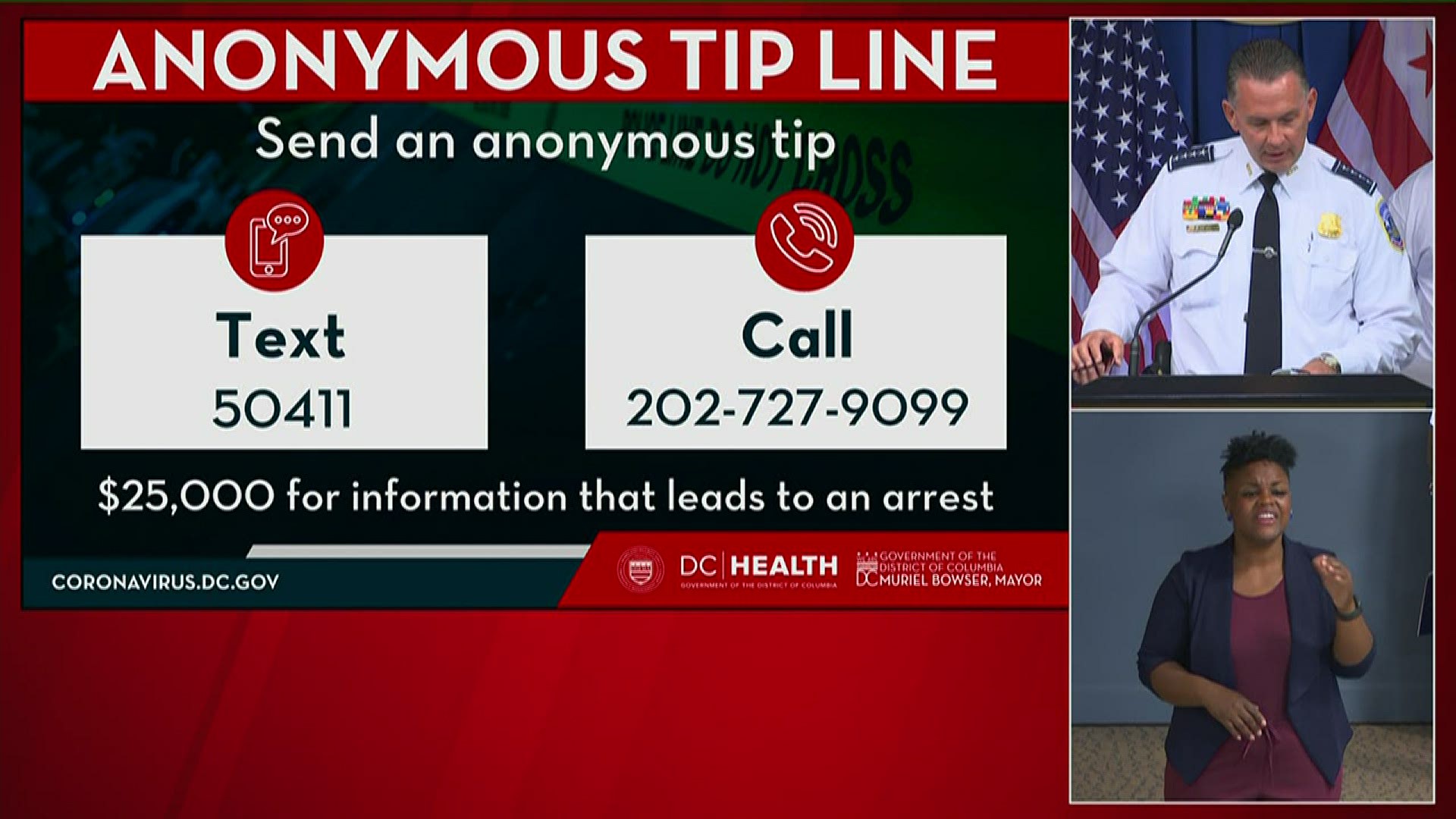 WASHINGTON — A 36-year-old man from Oxon Hill was fatally shot in Southeast Saturday, July 4, outside a McDonald’s restaurant, police said.

Detectives from DC Police's homicide branch said officers were called to the McDonalds in the 1500 block of Pennsylvania Avenue SE just before 11 p.m.

Once on the scene, they found an adult man suffering from multiple gunshot wounds and immediately transported him to the hospital where he was pronounced dead.

The man has been identified as 36-year-old Antonio Gardiner.

A 14-year-old boy was arrested and charged with first-degree murder in connection to Gardiner's death.

Police are also asking for the public's help in identifying an additional suspect that was captured by a surveillance camera and can be seen in the photos below.

MPD is offering a reward of up to $25,000 to anyone that provides information which leads to the arrest and conviction of those involved in the murder.

Anyone with information about the case is urged to call the police at 202-727-9099. Additionally, anonymous information may be submitted to the department’s text tip line by sending a text message to 50411.