Neighborhood Commissioner Anthony Lorenzo Green accuses police of using an undercover officer who was carrying a gun, to justify searches of at least three other men in the group. 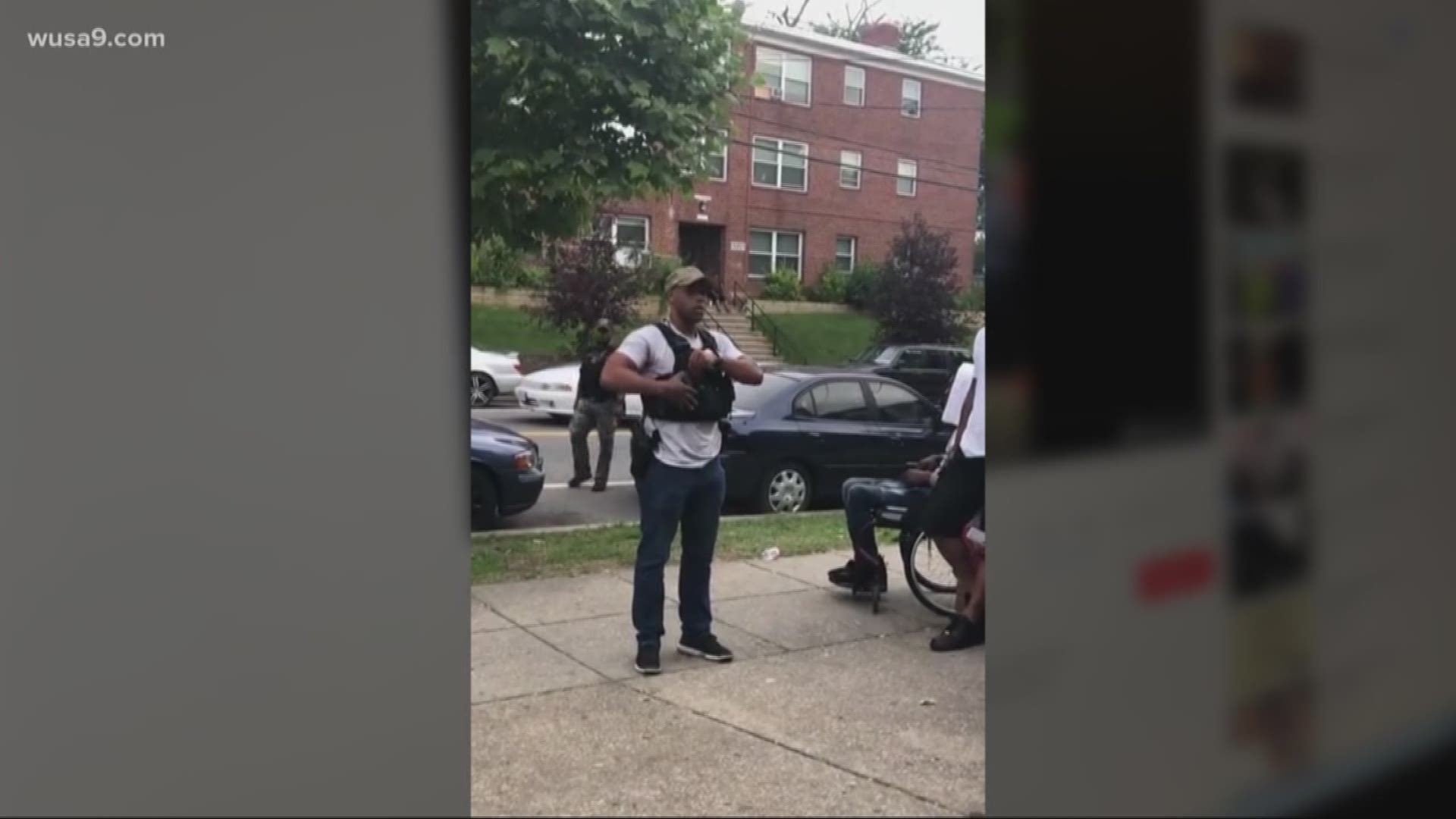 WASHINGTON - A neighborhood leader in Washington, DC Is accusing members of the DC Metropolitan Police Department of violating resident’s civil rights by unconstitutionally searching them for weapons in Northeast June 13.

The incident, which happened outside Nook’s Barber and Beauty Salon at 5214 Sherriff Road, was captured on cell phone video and posted the Black Lives Matter DC Youtube page.

In his letter to D.C. Police Chief Peter Newsham, District 7 Advisory Neighborhood Commissioner Anthony Lorenzo Green accuses police of using an undercover officer who was carrying a gun, to justify searches of at least three other men in the group.

Chief Newsham responded to Green in an email promising a full investigation.

Commissioner Green - thank you for bringing this matter to my attention. I will ensure that a full and complete investigation will be conducted. If police misconduct is sustained, we will take the appropriate measures to address. The Metropolitan Police Department is committed to fair, unbiased and constitutional policing. I am hopeful that the community we serve doesn't take any single incident of police misconduct and attribute that behavior to all of the men and women of this agency. I will ensure that you and CM Gray are kept abreast of the results of our investigation.

At approximately 1:10 of the video, the man Green suspects of being an undercover officer consents to be searched for weapons by police. He is the only one in the group who consents to a search and a police officer finds a handgun in his waistband, which the officer shows to the group.

The police officers then tell members of the group, who are all African-American males, that because they had found a weapon on the man who consented to the search, they had the right to search the entire group for weapons. The other men argue, protest and refuse to give consent for the weapons search, at which point officers can be seen forcibly searching at least two of the men without consent.

No additional weapons appear to be discovered and no arrests appear to be made. But at approximately 3:17 of the video, the man in the white shirt who consented to be searched and was carrying a gun, appears to walk off and drive away, as police continue to search and confront the other members of the group. Many can be heard on the video saying they did not know the man with the gun and that he “was not with them.”

We reviewed the BWC footage associated with this incident. Despite some claims, the subject that was stopped and found to be in possession of the gun was not a police officer. The gun in his waistband was determined to be a BB gun. During a further search of the scene we did recover what was believed to be PCP and marijuana

We will continue to review the footage to determine if the actions of our officers were appropriate.

A yearlong WUSA9 investigation uncovered eight out of 10 people stop and frisked by DC Police are African-American. It also found that the department has failed to follow a law passed in 2016 to better track stop and frisk in the district, as a way to protect against racial bias.

You can watch the entire video and read the full letter below: