Police: Man shot, killed by police in Gaithersburg after 'standoff' with officers at McDonald's parking lot

The officers involved have been placed on administrative leave while the Howard County State's Attorney's office investigates the shooting. 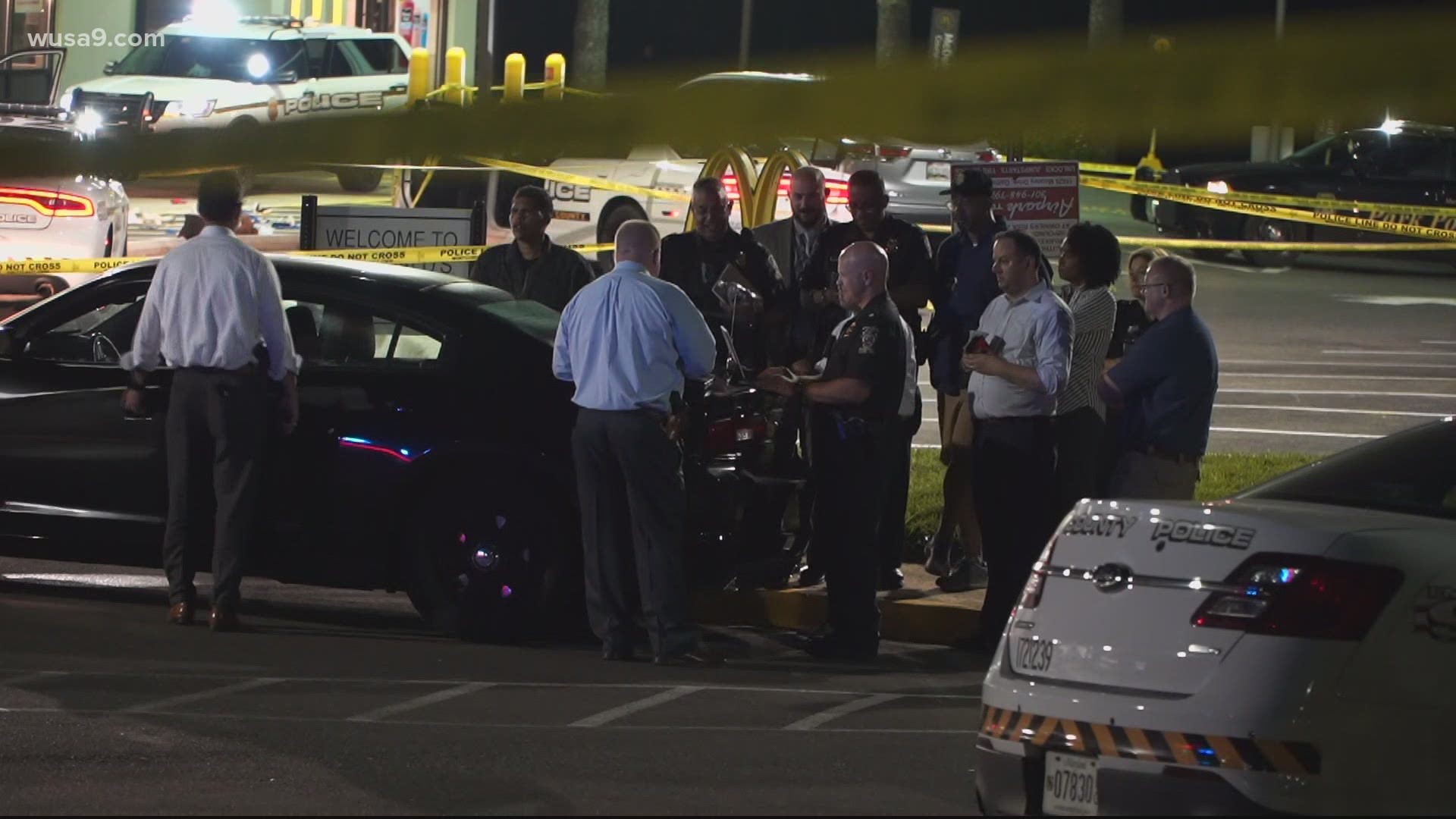 MONTGOMERY COUNTY, Md. — A 21-year-old man was fatally shot by police Friday evening after he allegedly refused to pay for food he ordered in a McDonald's drive-thru. Montgomery County Police Chief Marcus Jones said his officers saw a gun in the passenger seat of Ryan LeRoux's car before they fired their weapons.

Jones said that his officers initially responded to a McDonald's at 18273 Flower Hill Way in Gaithersburg at 9:15 p.m. for a trespassing call. The employees said Leroux was refusing to move his Honda CRV or pay after ordering food from the drive-thru lane. A uniformed officer approached the car and reported seeing a gun on the front seat, Jones said. The officer ordered Leroux to exit the car and ordered backup.

Jones also said a negotiator was requested. After a 30-minute standoff with officers, Leroux was shot.

LeRoux's family has reviewed the bodycam footage from the scene, according to Jones, but it has not been publicly released, yet. It's being reviewed by authorities in neighboring Howard County to avoid a conflict of interest, Jones said. However, the chief said the video "does not tell the whole story."

WUSA9 spoke with LeRoux's father, who said one of his biggest takeaways from the video is that his son was in a really bad place. The father went on to explain his son had just lost his girlfriend and his job, and his grandmother had recently died.

He also said he could not see definitively that a gun was in his son’s hand and that police told him they’ll try to enhance the image. From what he watched, it looked like an unnecessary use of force.

"When you get to see the video (bodyworn camera footage), no one would have expected this outcome," County Executive Marc Elrich said. "There is no doubt that our police officers can encounter danger at any time, and this incident demonstrates how quickly situations can escalate ... The findings from this investigation will be utilized toward our efforts to reimagine public safety and address similar situations so they don’t end so tragically."

He watched the footage last night and tells me he was only shown certain clips of the footage and didn’t see evidence that justified such a use of force.

He’s calling for the unedited full video to be released. @wusa9 https://t.co/hIV54LYvzz

Alcohol was recovered from the vehicle that LeRoux was driving, but it is unclear if the 21-year-old was intoxicated. Jones said his demeanor seemed to be calm when officers were interacting with the man.

When asked at the news conference if the bodyworn camera from officers will show Leroux pointing a gun at police, Chief Jones said he would be weary in saying that will be seen. He gave examples that the officers' body cameras may not directly show that, because it was nighttime, and because of how the officer's body was positioned when the cameras recorded what happened.

Recently, LeRoux's parents released a statement and said they've seen a lot of negative comments about Ryan online in the week since MCPD shot him to death.

They sent WUSA9 the below statement that asks people not to judge until they have all the facts:

“We have seen the negative and insensitive opinions regarding our son Ryan.  As an interracial couple we have had to deal with this predicament since the beginning of our Christian lives together. You are the same people that believe George Floyd deserved to die or was responsible for his death because of his crime - he supposedly paid for something with counterfeit money. We shall enlighten you. George Floyd didn’t deserve to die in such a manner and neither did 21 year old, Ryan LeRoux!  We can predict your next move - let’s reveal to the world Ryan’s “extensive criminal background”. For the record, the police department would love to use any difficult times from his life as justification for their excessive response. It’s very easy to judge and conjecture but refrain until you have comprehended all the facts, details, and reasons for an individual's behavior.  You too are not perfect and cannot dispute ever doing wrong, making a mistake or regrettable decision. We won’t judge you and ask that you please don’t judge our son until you can argue that you knew him better than we, his parents, did. “