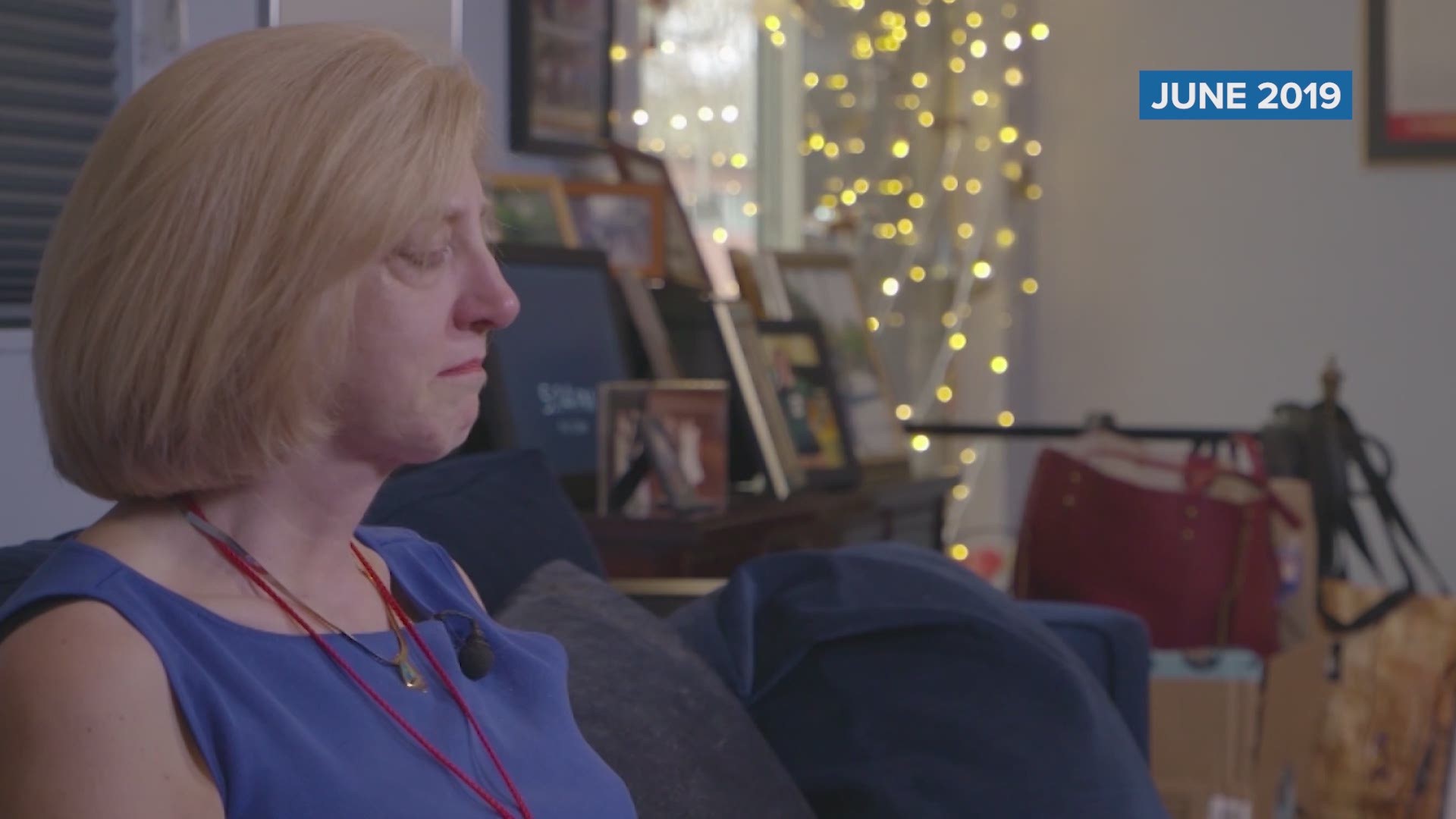 WASHINGTON — Trials for murder, sexual assault and thousands of other criminal and civil cases have been on hold for months as coronavirus has brought court systems across the country to a virtual standstill.

That means justice delayed for crime victims and their families in a number of high profile cases in Maryland. Families like Andrea Chamblee's.

“He was the best thing that ever happened to me,” Chamblee told WUSA9 reporter Mike Wise in May of 2019.

RELATED: A year in the life of a Capital Gazette shooting widow

Then, her life changed forever when a gunman opened fire at the Capital Gazette Newspaper in Annapolis, killing John and four of his co-workers.

“I want to be ordinary again. I want to be married to my sweetheart,” Chamblee told Wise as she marked the one-year anniversary of the mass shooting.

Now, with the two-year anniversary approaching, the trial for the suspected gunman has been postponed indefinitely after courts were shut down to help stop the spread of coronavirus.

In fact, the presiding judge still hasn’t even been able to rule on whether the alleged gunman is competent to stand trial. He has pleaded guilty but not criminally responsible, which is Maryland’s version of the insanity defense.

That hearing and everything that comes after is now on hold, along with the small bit of closure Andrea and the other victim’s family members might find from a guilty verdict.

In fact, the Capital Gazette shooting is one of several high-profile cases in Maryland put on hold by coronavirus.

Collins hoped he would see his son’s killer sentenced to life in prison without the possibility of parole in April, almost three years after Collins was stabbed to death on the University of Maryland’s College Park campus by 24-year-old Sean Urbanski.

Capital Gazette reporter John McNamara was actually one of the journalists who covered the stabbing on UMD's campus and the subsequent criminal case. He was killed before the case ever went to trial.

“And so these are really tough conversations with families,” Braveboy said. “But families also understand that we're facing a pandemic. It's not like we want to have these delays.”

Braveboy said the closing of courtrooms has also been painful for those who claim they are falsely accused.

“And we also feel for the defendants who don't have their day in court,” Braveboy said. “Because these individuals, while we believe they've committed offenses, they are presumed innocent.”

With all court proceedings, except processing of arrests, suspended in Maryland, the backlog of cases when courts reopen is sure to cause headaches.

In Montgomery County, the sentencing of police officer Kevin Morris, convicted of assault caught for slamming his knee into a suspect’s head, is one of 924 different court proceedings that have already been pushed back.

In Prince George’s County, the Urbanski sentencing one of 1,024 trials hearings or other legal actions without any action for the time being.

Even after courts reopen it will be as long as six weeks in some places before trials resume, as courts work through the hundreds if not thousands of cases that stacked up during the shutdown.

Braveboy said there have been some positives that have come out of all this, including the focus on keeping jail populations down by releasing and monitoring non-violent offenders.