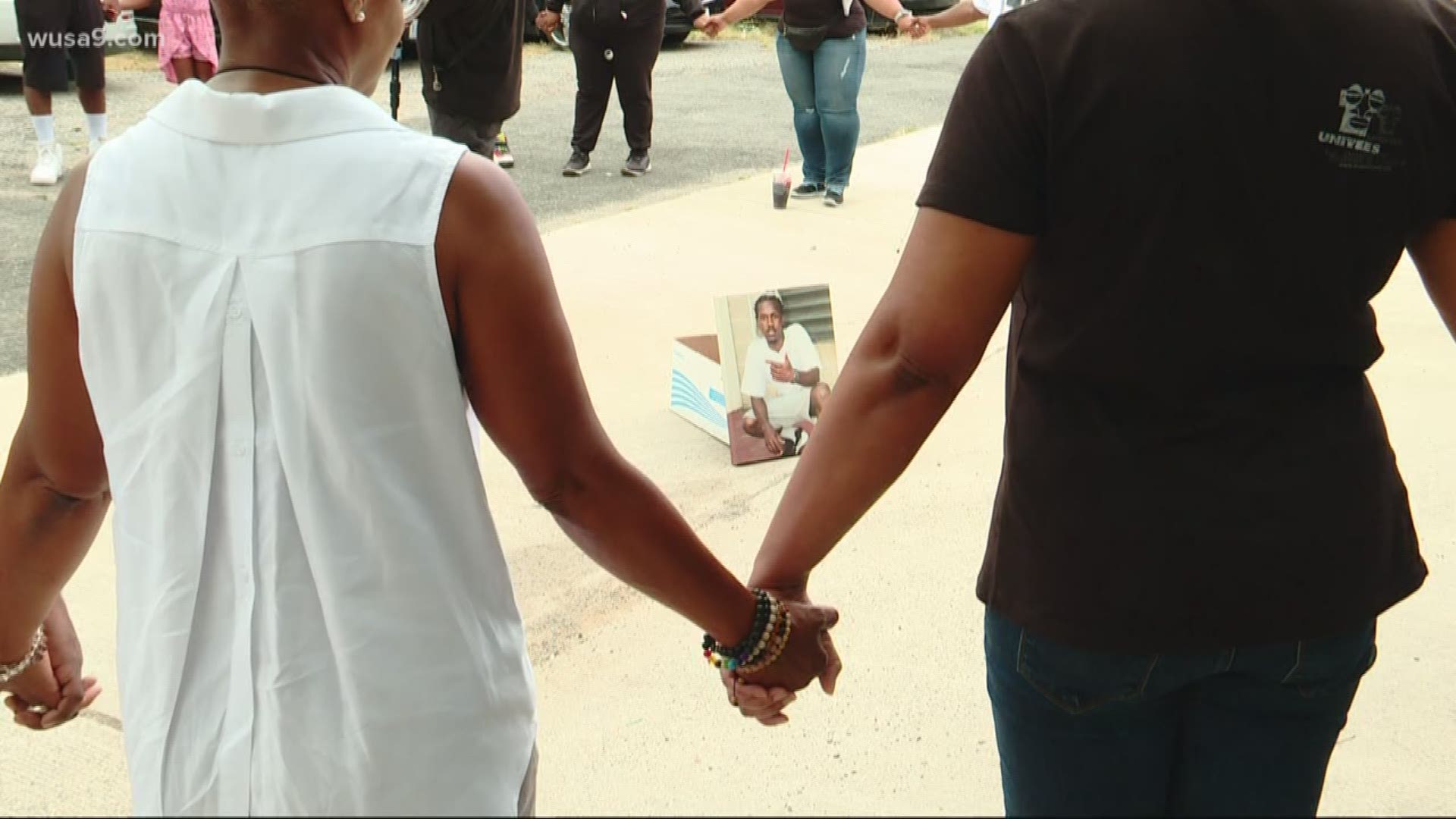 On what would have been the 24th birthday of Marqueese Alston, his mother Kenithia Alston, is fighting to find answers about how he died. Alston was shot and killed by police on June 12, 2018 in Southeast.

On Saturday, Kenithia Alston went to the scene of his death for the first time, to pray with family and friends.

During a press conference after the 2018 shooting, D.C. police chief Peter Newsham said officers approached a group gathered near the alley in the 3700 block of First Street Southeast, and Alston ran from the group. Police maintain they fired at Alston, only after he shot first -- after they saw Alston reach into his waistband.

"MPD recovered the suspect’s firearm and also recovered shell casings that we believe were fired from that weapon," Newsham said.

Kenithia Alston said that story doesn’t line up with the boy she knew. Marqueese Alston was arrested in 2015 for a carjacking at gunpoint. Kenitha said her son had recently finished serving 30 months in prison for illegal possession of a handgun and robbery -- and was young enough to qualify to have his record expunged.

Alston said her son was determined to turn his life around, for the sake of his then two-year-old daughter. In fact, he had been with his daughter only moments before he died.

There's MPD body-camera footage of the shooting, and police allowed Alston’s immediate family to watch five minutes of the footage. They were allowed to watch the moments in which Marqueese Alston was killed.

Kenithia Alston said none of it showed her son shooting at police. She wants the rest of that body-camera video released for everyone in the community to evaluate.

"I’m asking and demanding all of that information to be released, to me my family and the public," she said.

There were many bystanders in the area that night, and they have provided differing accounts of the shooting. Kenithia Alston believes there's someone out there who witnessed what happened.

Family and friends also spent the afternoon canvassing neighbors for new information, in the hopes that her family might find "some closure, some peace, some truth," Alston said.