Police: 7 shot, including 2 teens in DC

Two men died as a result of the shooting, police say. 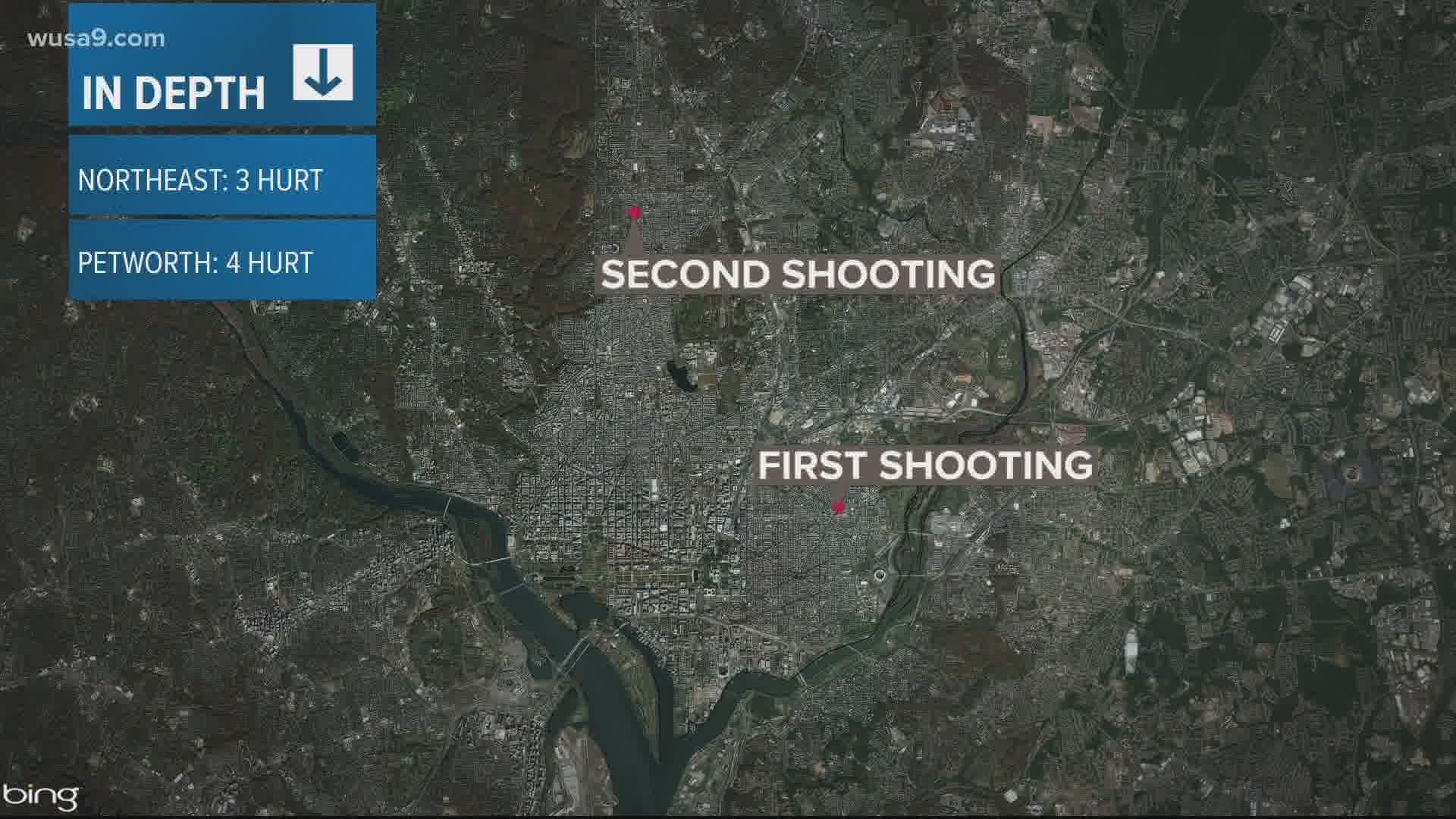 Two men and a teenager were shot in Northeast D.C. around 8:46 p.m., D.C. police said. The incident happened inside a residential building located in the 1600 block of Maryland Avenue, police said.

Officers at the scene located the two men and a 17-year-old boy suffering for gunshot wounds.

One of the men, identified as 18-year-old Montrell Lucas, was found dead inside of an apartment, police said. He was transported to the Office of the Chief Medical Examiner.

Another victim, 28 year-old Jakeem Chandler, was found inside a hallway of the residential building and transported to a local hospital where he died shortly after.

A teen was also taken to the hospital with non-life-threatening injuries.

Police are offering a reward of up to $25,000 to anyone that has information that leads to the arrest and conviction of the suspect or suspects involved in this shooting.

Moments later, in a separate incident, officers were called to a shooting on the 5400 block of Georgia Avenue Northwest around 9:13 p.m., police said.

Officers at the scene found two men and a 15-year-old boy suffering from gunshot wounds.

All three victims were taken to a local hospital with non-life-threatening injuries.

Shortly after, another shooting victim walked into a local hospital for treatment of gunshot wounds.

Police believe all four shooting victims were injured during the same incident.

The men are expected to recover, police said.

At this time, there is no lookout information available for these two shooting incidents.

Anyone with information about these shootings is asked to call the police at 202-727-9099. Additionally, anonymous information may be submitted to the department’s TEXT TIP LINE by sending a text message to 50411

RELATED: 6 shot, including 2 boys, in several shootings overnight in the District