A group of veterans will make the drive down to Texas this week after gathering needed supplies for people impacted by deadly winter conditions in the state. 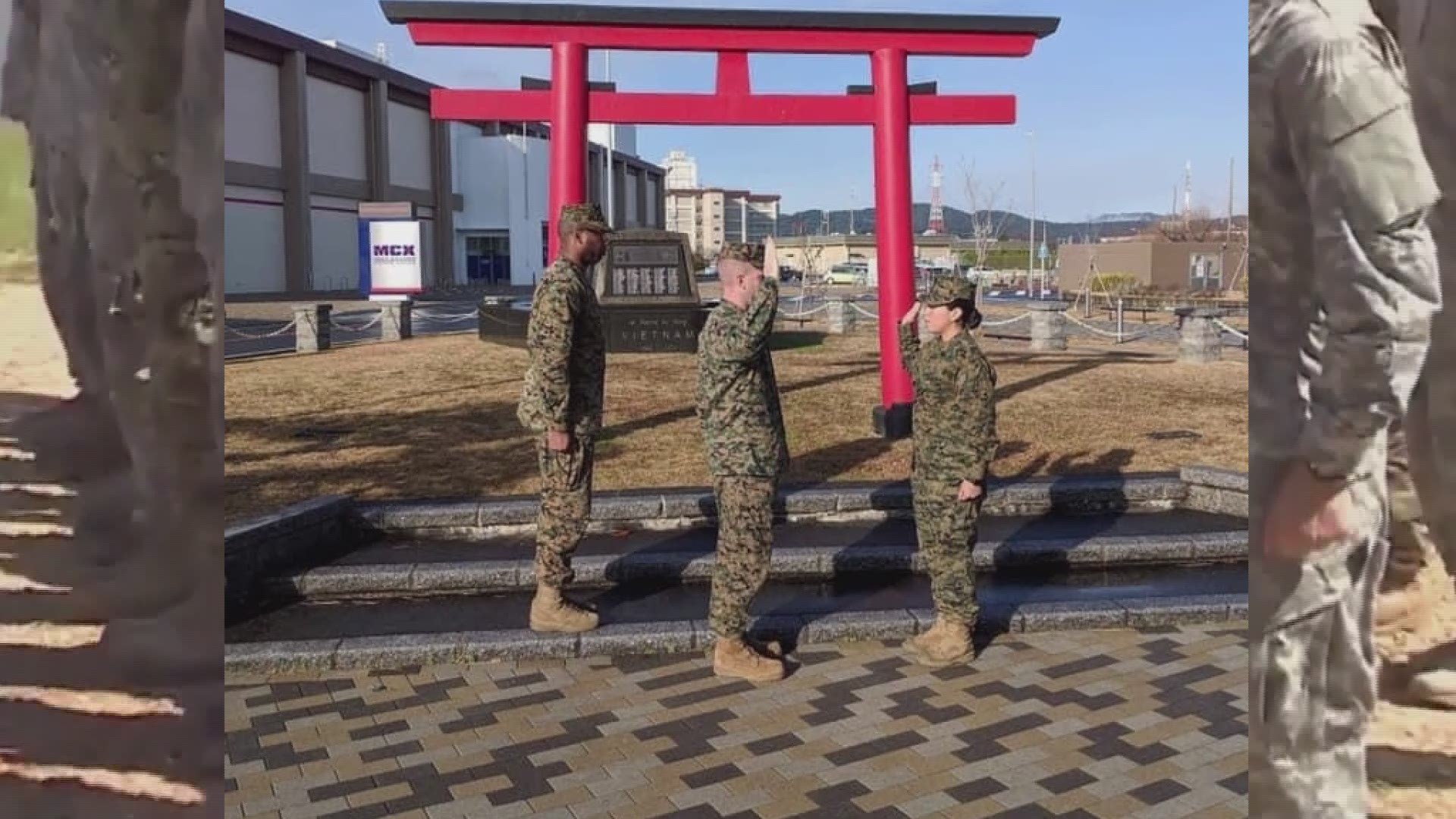 WASHINGTON — As parts of Texas continue to recover from severe cold and deadly winter storms, a small group of veterans from northern Virginia will be delivering needed items to impacted areas this week after raising donations and making the 1,500-mile drive to the state themselves.

Liz Hensel, a Marine who served in Afghanistan and later founded the Leave No Paws Behind USA organization, began the trek to Texas with two other fellow Marines on Sunday.

The donation effort began only days before and came to be after Hensel reached out to veteran David Pineda.

"I messaged DP and said, 'Hey DP, I’m thinking of getting a trailer of water, blankets, anything like nonperishable items and just driving to Texas,'" she said. "DP was like, 'Yes, let’s rally the troops. Let’s do this. Let’s get the word out.'"

Pineda founded Veterans Network years after serving in Iraq and being a first responder to the 9/11 attack in New York City.

With both Pineda and Hensel having plenty of connections with fellow veterans, they decided to reach out to others with the sole purpose of helping people in need in Texas.

"I’m a disabled Army veteran. I’m retired medically from federal law enforcement," Pineda said. "It’s about changing the narrative and being able to show other veterans and say I’m disabled but I’m not unable.”

In total, Hensel and Pineda helped raised $3,000 to put toward supplies.

HELP FOR #Texas: A group of veterans in Northern Virginia will be driving down to Texas this week to deliver needed water, blankets, and other items.

They raised $3,000 by reaching out to fellow veterans.

"We may be all the way here in Virginia but we care.” @wusa9 @LNPB pic.twitter.com/VCPn9kpxDn

After renting a truck to make the journey, Hensel told WUSA 9 that she was excited for the new mission to bring support.

"It’s so heartbreaking to see what Texas is going through. As an American citizen, it hurts. This is something I see in developing nations countries," said the Marine, who was planning to deliver the items to a women's shelter, a homeless shelter, and an animal shelter in Austin. "It makes me want to help more. It drives me we have to do something.”

Hensel and Pineda both believed their military service helped them to prepare and properly organize the effort.

With so many people dealing with hardship following deadly winter conditions in Texas, Pineda said he wanted to bring a special message to the residents who were impacted.

"You see people that may be feeling helpless. We’ve dealt with mental health. We’ve dealt with depression. We've dealt with different things and I have a service dog. I understand to be in places where you feel that someone doesn’t care," he said. "We can do something to show we may be all the way here in Virginia, but we care.”

The effort by Hensel and Pineda came days after the World Central Kitchen team, led by chef Jose Andres, traveled to cities in Texas and delivered over 2,000 meals to senior centers and overflow warming centers.

Moving forward, Pineda said helping others this week helped bring a reminder to him about finding a strong purpose.

"We stood up to serve and even though we’re no longer wearing the uniform, that oath was indefinite to many of us," the Army veteran said. "It means a lot to be able to do something and not just in the age of social media and social distancing to just like something from a distance. Roll your sleeves up and make some action happen. It really means a lot to take action again and feel like we’re back in action doing something.”

Donations are still being accepted for Operation Texas Relief.

For more information on how to donate, visit this link.

RELATED: Why is it so cold in the US right now? | A look at why we are seeing frigid temps