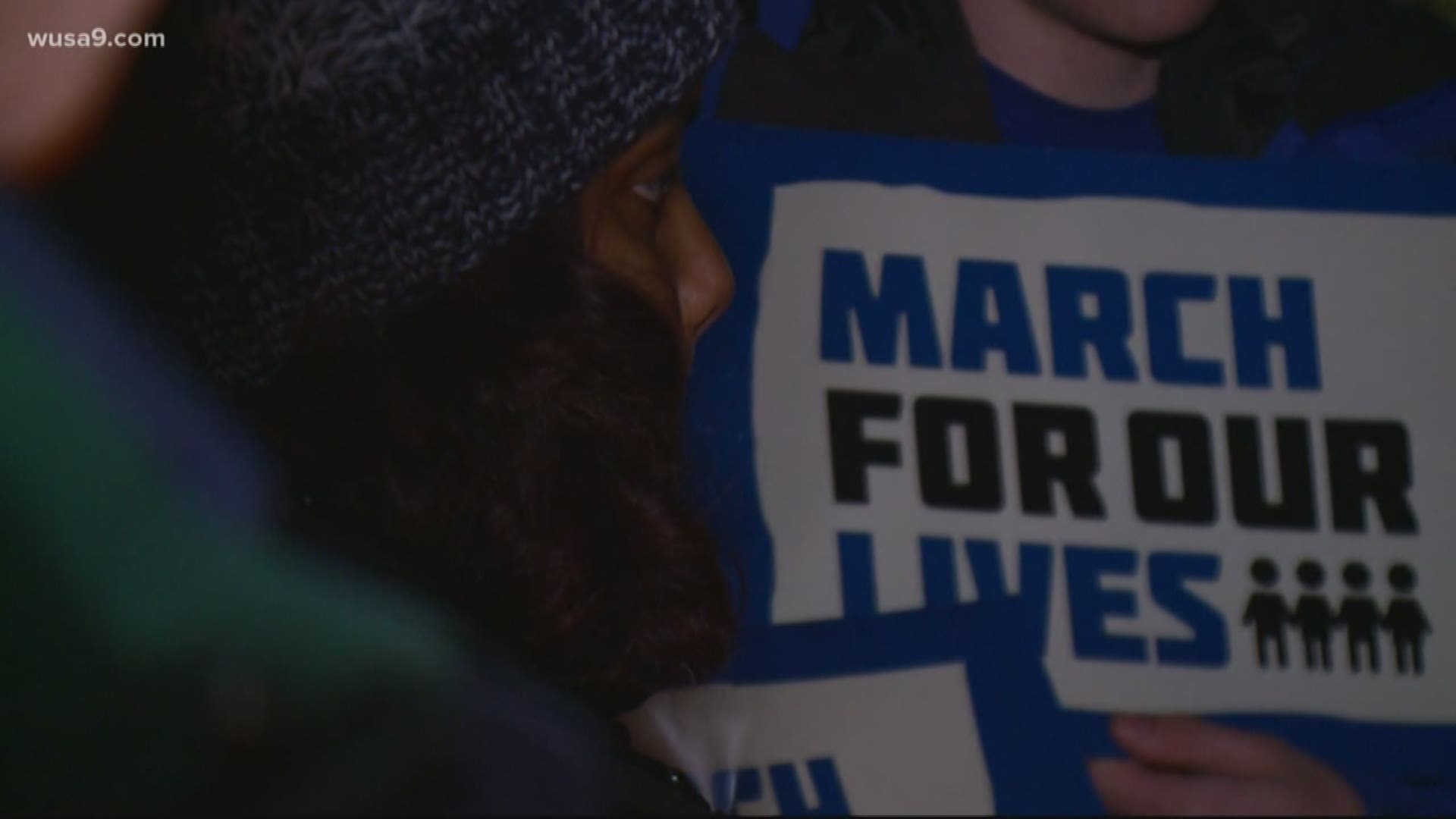 FAIRFAX COUNTY, Va. — Students with the March For Our Lives movement took their fight for tougher gun laws straight to the source Monday, as they protested outside the National Rifle Association Headquarters in Fairfax.

But not before starting the day at a gun-rights rally in Richmond.

With threats of violence looming before a gun-rights rally, a couple of delegates secretly escorted the students to their offices at the Capitol complex so they could stay overnight and safely take part in Lobby Day.

"I brought pillows and blankets, they brought their bravery and courage to lobby lawmakers when armed militias are outside," Delegate Chris Hurst of Roanoke tweeted.

RELATED: Local students planning next steps after 'March For Our Lives'

The rally ended up going smoothly, with no violence or injuries throughout the day. Only one arrest was made, with a 21-year-old woman charged for wearing a mask.

"No matter how hard it gets or how scary it is, we will continue to show up," Briana Spainhour, who organized the trip, said.

March For Our Lives formed following the Parkland school shooting in Florida.

"The times are changing," Lauren Rollerson said. "We’re not going to stand by and watch this happen anymore. Our lives matter."

Rollerson and dozens of other MFOL students wanted to remember the lives lost in Virginia to gun violence.

"We can’t just let them put a price tag on us," Rollerson said in reference to the NRA.

The March for our Lives students weren't the only ones who wanted the NRA to hear their voices.

"I am a single female and I think it makes a big difference in my life," a pro-gun advocate said.

Both sides plan to make another trip to Richmond before lawmakers take a final vote on any new gun laws.

"They may have showed up and been really loud for one day," Spainhour said. "The reality is, they're not the majority of Virginians. They do not represent what the state of Virginia voted for in 2019."