Using someone's preferred pronouns and identifying your own is a sign of not only respect but also inclusivity. 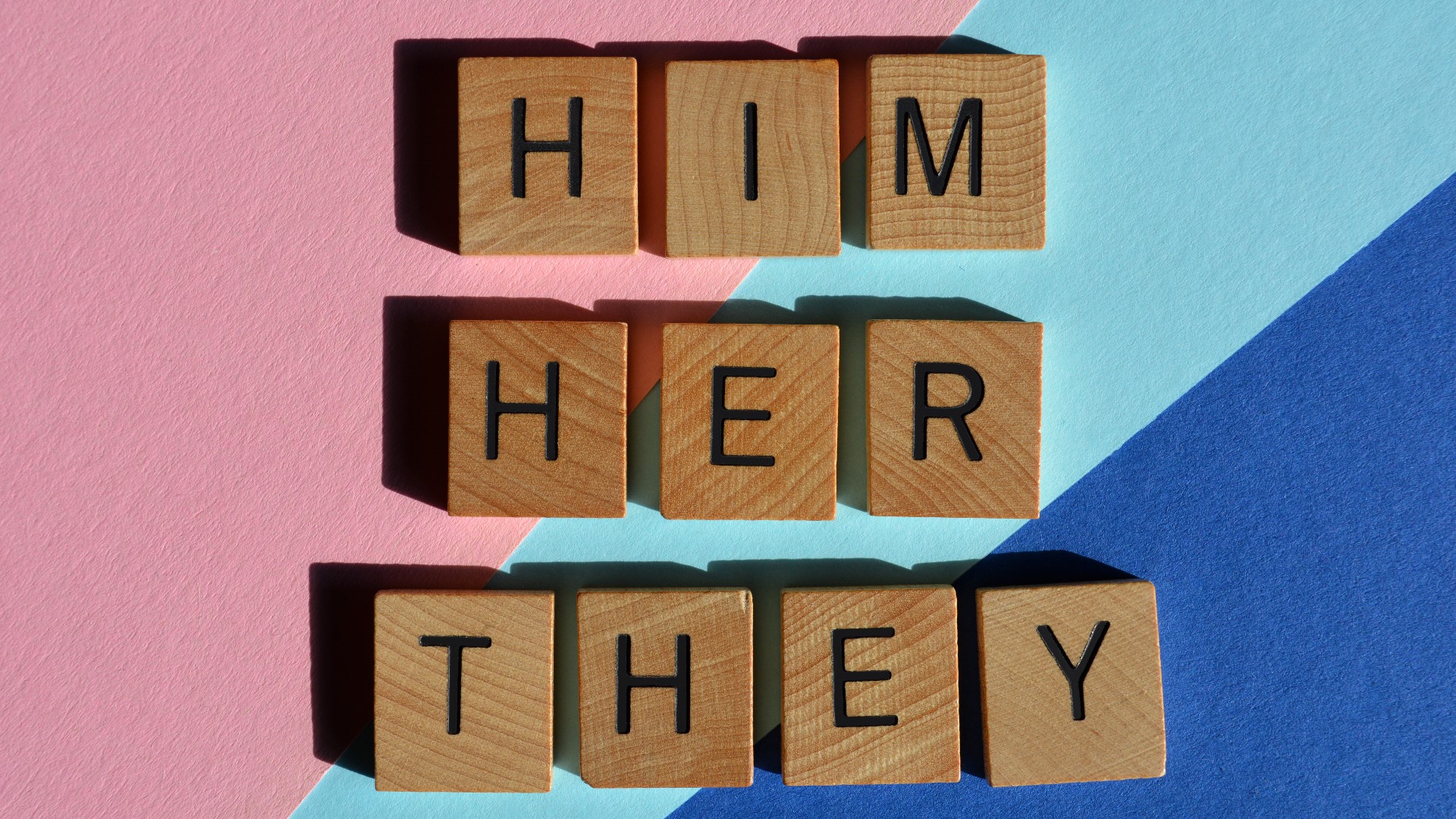 WASHINGTON — Pride Month, celebrated each June, commemorates the Stonewall riots which happened during the summer of 1969. Many pride events take place during this time across the country to highlight the impact the LGBTQ+ community has had on the world.

Many companies use this time of year to advance their inclusivity of LGBTQ+ people. Most recently, Facebook and Instagram added the gender identity feature to their profiles after adding a dedicated section for identifying personal pronouns. It's just one of the dozens of platforms with the newly released feature. Even companies such as Lyft and dating apps like OkCupid and Grindr allow you to make your pronouns public.

Learning about the terms used by and for people in the LGBTQ+ community is an important part of pride month and a great way to practice inclusivity. People may not always use the pronouns you assume at first, so many LGBTQ+ community members and allies decide to make theirs public and ask others before making assumptions.

You may see the following terms used often when talking about the LGBTQ+ community. Some people may not fit entirely into the definition of one term, so it’s always best to ask someone their preferences and listen when they explain how they want to be referred to.

WUSA9 complied definitions from both the Human Rights Campaign and It Gets Better on common terminology that you may see across the internet:

Ally: Someone who is actively supportive of LGBTQ+ people. It encompasses straight and cisgender allies as well as members of the LGBTQ+ community who support each other.

Asexual: Someone who does not experience sexual attraction or desire for other people.

Bisexual: Someone who is emotionally, romantically or sexually attracted to more than one sex, gender or gender identity.

Cisgender: Someone whose gender matches their “assigned” sex at birth.

Gay: A person who is emotionally, romantically or sexually attracted to members of the same gender.

Gender: This is a tricky one—it encompasses someone's social and legal status, as well as societal expectations about one's characteristics and behaviors.

Genderfluid: Someone whose gender identity changes over time or at different times.

Gender expression: The external appearance of a person’s gender identity, usually expressed through behavior, clothing, body characteristics or voice. These may or may not conform to socially defined behaviors associated with being either masculine or feminine.

Gender Identity: The internal perception of a person’s gender and how they label themselves.

Gender Queer: Similar to non-binary; while some people define ‘queer’ as offensive, others embrace it.

Lesbian: A woman who is emotionally, romantically or sexually attracted to other women.

Non-binary: A spectrum of gender identities that are not exclusively masculine or feminine. Encompasses identities outside the gender binary of male or female.

Pansexual: Describes someone who has the potential for emotional, romantic or sexual attraction to people of any gender though not necessarily simultaneously, in the same way or to the same degree.

Queer: A term people often use to express a spectrum of identities and orientations that are counter to the mainstream. Queer is often used as a catch-all to include many people, including those who do not identify as exclusively straight and/or folks who have non-binary or gender-expansive identities. This term was previously used as a slur but has been reclaimed by many parts of the LGBTQ movement.

Sex: A label (male, female, intersex) that you’re assigned by a doctor at birth based on genitals you’re born with and chromosomes you possess. This does not have to match gender or gender identity.

Sexual orientation: An inherent or immutable enduring emotional, romantic or sexual attraction to other people. Note: an individual’s sexual orientation is independent of their gender identity.

Transgender: A person whose gender is different from their assigned sex at birth.

Transitioning: A series of processes that some transgender people may undergo in order to live more fully as their true gender. This typically includes social transition, such as changing name and pronouns, medical transition, which may include hormone therapy or gender-affirming surgeries, and legal transition, which may include changing legal name and sex on government identity documents. Transgender people may choose to undergo some, all or none of these processes.

He/Him: For someone who may identify as male

She/Her: For someone who may identify as female

They/Them: For someone who may not identify as strictly male or female

Ze/Zie/Xe: A set of gender-neutral pronouns that some people use.

Name: Some people don’t want to use pronouns at all and will ask you to use their name only.