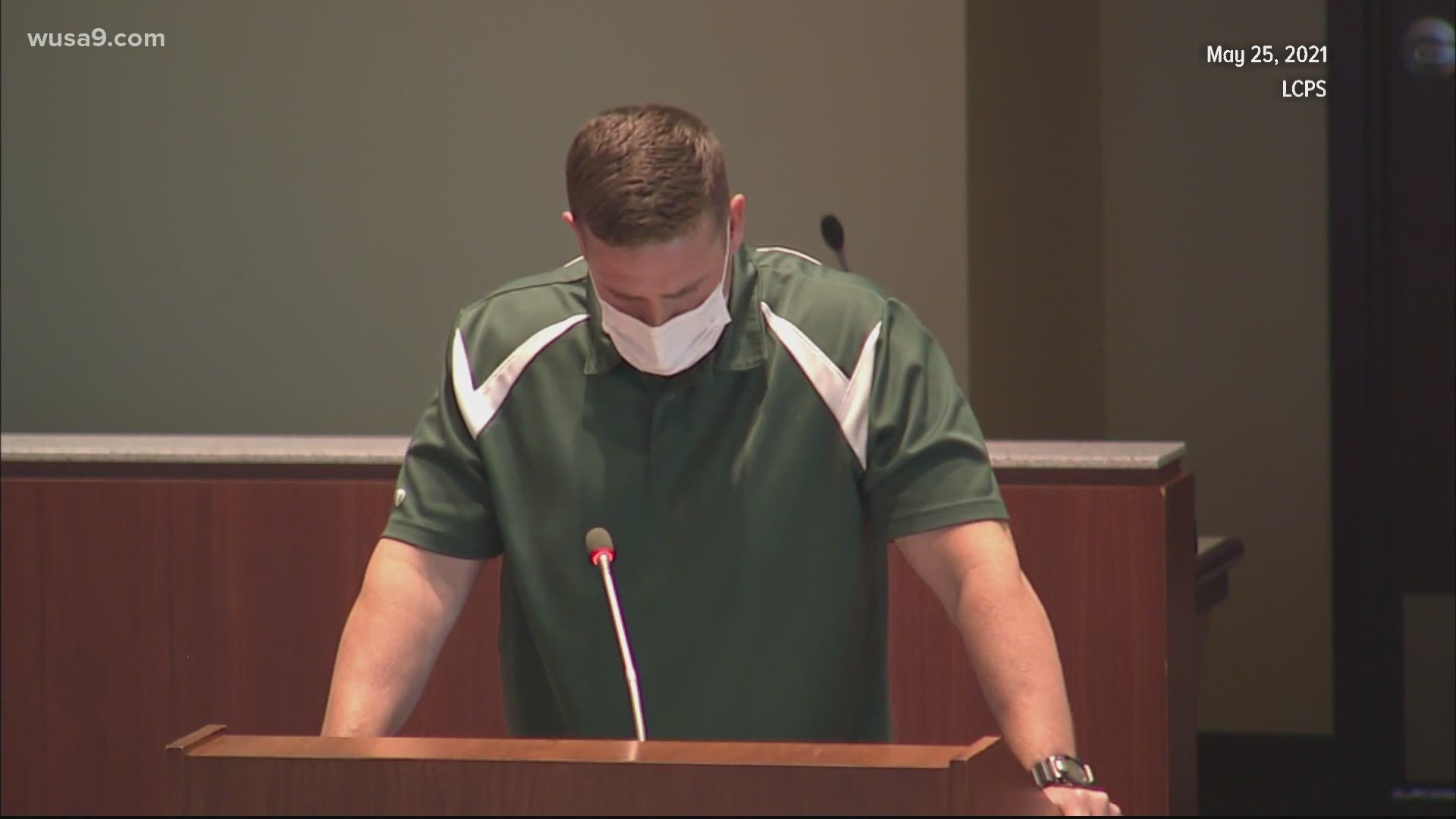 LEESBURG, Va. — A Loudoun County teacher who was placed on administrative leave after he made comments saying he would not call transgender students by their chosen pronouns, has been granted reinstatement by a judge.

Judge James Plowman Jr. wrote in his order that Leesburg Elementary physical education teacher Tanner Cross' "speech and religious content" were central to his decision and ordered LCPS to immediately reinstate the teacher to his prior position.

Cross sued the school system after he spoke out against LCPS's policy (8040) that would require LCPS staff to "allow gender-expansive or transgender students to use their chosen name and gender pronouns that reflect their gender identity without any substantiating evidence, regardless of the name and gender recorded in the student’s permanent educational record."

A few days after his viral speech during the public comment section at a school board meeting, LCPS sent Cross a letter, saying he was being placed on paid administrative leave, "pending an investigation of allegations that [he] engaged in conduct that had a disruptive impact on the operations of Leesburg Elementary School.”

BREAKING: Tanner Cross, a Virginia elementary school teacher and ADF client who was suspended for raising concerns to the board about a proposed gender policy, has won a temporary injunction and the judge has ordered his reinstatement.

A massive victory for freedom of speech.

In retaliation, the Alliance Defending Freedom filed a lawsuit on Cross' behalf asking the court to immediately stop the enforcement of Cross' suspension.

"Nobody should be punished for expressing concern about a proposed government policy, especially when the government invites comment on that policy," Alliance Defending Freedom President and CEO Michael Farris wrote in a statement. "Educators are just like everybody else—they have ideas and opinions that they should be free to express. Advocating for solutions they believe in should not cost them their jobs."

The suit alleged that the school board "violated the Virginia Constitution when it punished Cross by retaliating against him for expressing his beliefs in a public forum, and also violated his free exercise of religion by discriminating against his religious beliefs."

LCPS spokesperson Wayde Byard told WUSA9 that the school system will not comment on the pending litigation.