The estate of late AOL co-founder Jim Kimsey has 9 bedrooms, 20 bathrooms, a 30-car garage and a guest house designed by Frank Lloyd Wright. 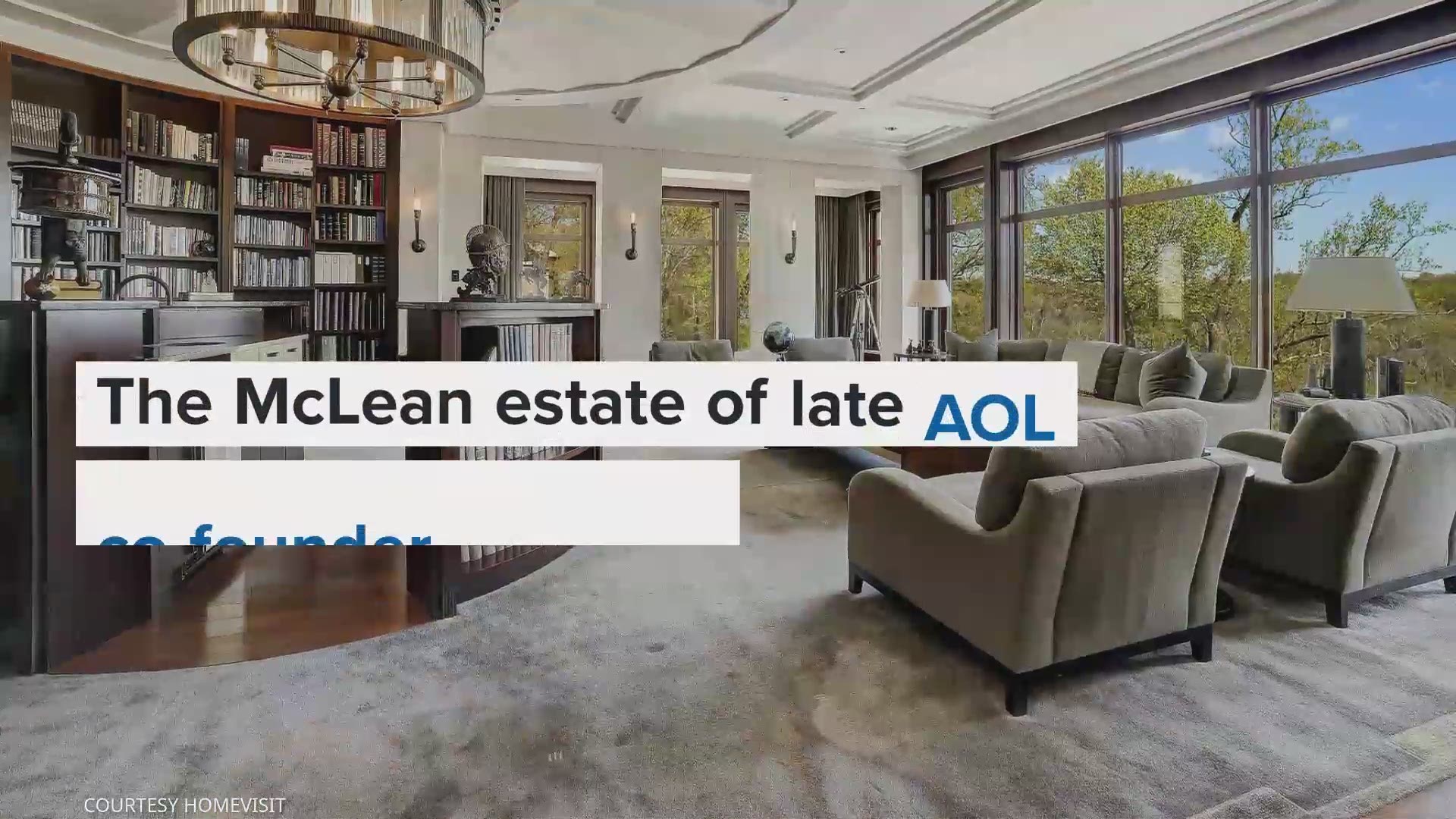 MCLEAN, Va. — In D.C., million-dollar mansions are almost a dime a dozen. But it's not everyday that a home sells for $45 million! In fact, it had never previously happened in the DMV until the estate of late AOL co-founder James Kimsey, who died in 2016, sold in January.

The three-acre, 48,000-square-foot, two-house estate surpassed a previous real estate record, topping the $43 million sale of the childhood home of Jacqueline Kennedy Onassis. The property was originally listed in May 2018 for $62.95 million.

Named The Falls, for its sprawling views of the Potomac River in Great Falls Park, the grandiose mansion is replete with goodies, including four fireplaces, nine bedrooms, 20 bathrooms, bronze entry doors, a wine cellar, mahogany library, 3-D media room, sauna and jacuzzi, 30-car garage, tennis courts, an infinity pool and an outdoor terrace perfect for taking in the views. Most of the furnishings in the house were custom made by designer Thomas Pheasant.

It was once even the site of a private fundraising dinner for the National Zoo, where a wallaby and African Black-Footed penguin were the guests of honor.

The property also includes the Marden House, a guesthouse designed in 1959 by renowned architect Frank Lloyd Wright. In homage to its river locale, the house is shaped like a fish when viewed aerially.

RELATED: Why is this historic house on Wisconsin Avenue raised?

Because we know you're curious what the heck a $45,000,000 home looks like, take a peek inside, in our photo gallery below!

Most expensive house in DMV

1 / 13
Courtesy HomeVisit
The late Jim Kimsey's estate in McLean sold for a record-breaking $45 million. The 48,000-square-foot mansion has nine bedrooms, 20 bathrooms, a 30-car garage and a guest house designed by Frank Lloyd Wright.

2. Adam Levine's former Los Angeles mansion, although that's assuming the people who bought it from him for $45,000,000 don't want to make any money on the sale, which seems like a risky bet.

3. 773 Tesla Model 3's for you and all your closest friends -- and that's the performance package people!

5. 11,250 pairs of custom Louboutin heels. Or you could buy novelist Danielle Steel's collection, at 6,000 pairs and have a little left over to invest... for future shoe purchases.

7. Paul Newman's Rolex Daytona, which became the most expensive watch ever sold when it was auctioned for $17,800,000.

RELATED: Apartments for rent in Washington: What will $1,700 get you?