Why is this historic house on Wisconsin Avenue raised?

The home is being rotated and restored, and a seven-story apartment building will constructed on the property. 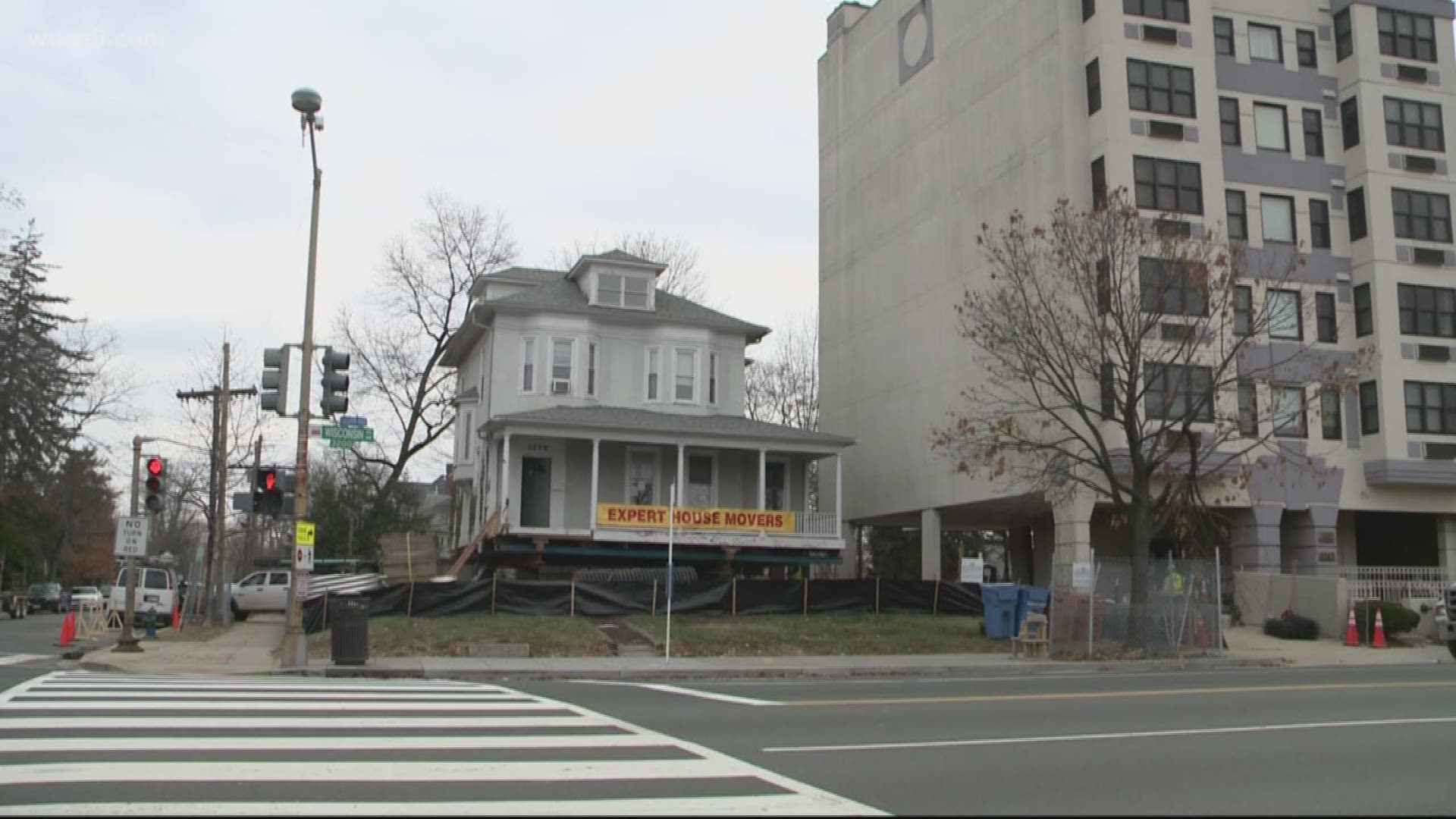 WASHINGTON — There's a historic house on Wisconsin Ave. that was built in the 1900s for around $4,500. The home was built in 1901 following the construction of a streetcar line along Wisconsin Ave., which started running in 1890.

Now, 118 years after it was built, the home is getting an uplift. The home, located at 3219 Wisconsin Ave., Northwest, is being moved back on the lot and will be reoriented to face Macomb Street. A small "non-original one-story" projection on the side of the home is being removed, and the home is being completely restored.

"The house appears to be generally sound and retains integrity of form, materials and general architectural character, albeit showing signs of deferred maintenance," the original proposal to relocate the house said.

Additionally, a seven-story apartment building will be built on the corner site, which will technically be an addition connected to the historic house in order to meet the zoning requirement that only one building can occupy the lot.

"The new building would be contemporary in design, with a two-story masonry base and largely-glass oriel projections on floors three through seven," the proposal said.

According to an evaluation of the proposal, moving a historic house isn't standard preservation practice, and is usually discouraged by the Secretary of the Interior's Standards for the Treatment of Historic Properties. Additionally, "relocating a building off its original property can sever the relationship between the building and its context, and potentially jeopardizes the building during the process of relocation.

That's why the building is being relocated within the existing site, which is seen as "somewhat less problematic."

The preservation review board voted on the relocation and restoration April 25. The Board found that the revised concept of the home was compatible with the "character of the historic district," and the board approved the proposal 7-0.

RELATED: A church in Adams Morgan will be used to house former inmates