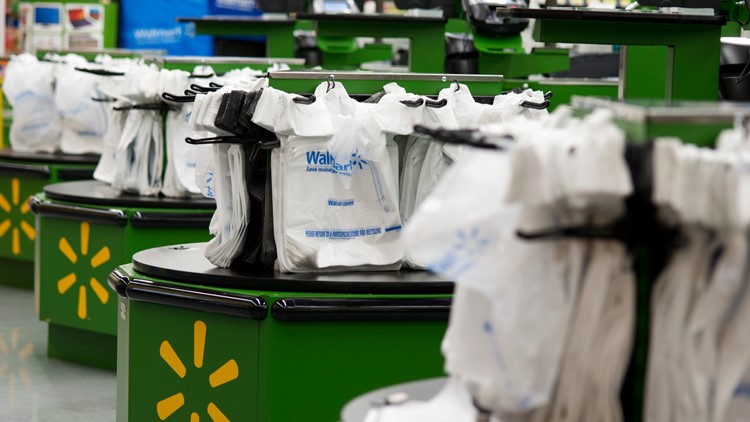 Photo by: AP
D.C. government passed the Anacostia River Cleanup and Protection Act of 2009, which put a 5 cent fee on all plastic and paper bags in the District. Under law the money must be used to support the river's health,

Legislation introduced in MD could mean the end for plastic bags

ANNAPOLIS, Md. — Bills being discussed by Maryland legislators could spell the end of plastic bags being used in the state at retail and grocery stores.

According to S. Walter Packaging, HB 31 and HB 1572 prohibits stores from providing plastic bags to customers. It will also require stores to charge a fee of 10 cents for each paper bag provided to customers; D.C. passed similar legislation in 2009.

While the bills above are listed as inactive and were introduced in 2019, HB 209 was introduced at the Maryland 2020 session. It also calls for prohibiting the use of plastic bags and for charging 10 cents per paper bag used.

The HB 31 and HB 1572 bills also would incentivize customers by making stores give five-cents credit for each carryout bag the customer provides.

In this Thursday, May 24, 2012 file photo, plastic bags can be seen through the window of a restaurant in Los Angeles. Legislation to phase out and then prohibit single-use plastic as well as paper bags and plastic foam containers is back again in January 2020, in New Jersey after failing to advance in the Legislature's last session. (AP Photo/Jae C. Hong, File)
AP

A move toward eliminating plastic bags is something that the Maryland Retailers Association is not shying away from, and is OK with.

According to Maryland Matters, the association said that stores would like to see statewide legislation passed on the issue, instead of localities across the state picking and choosing their own specified laws.