In Maryland, you can legally buy a rifle or a shotgun from an unlicensed seller, and never go through a background check. 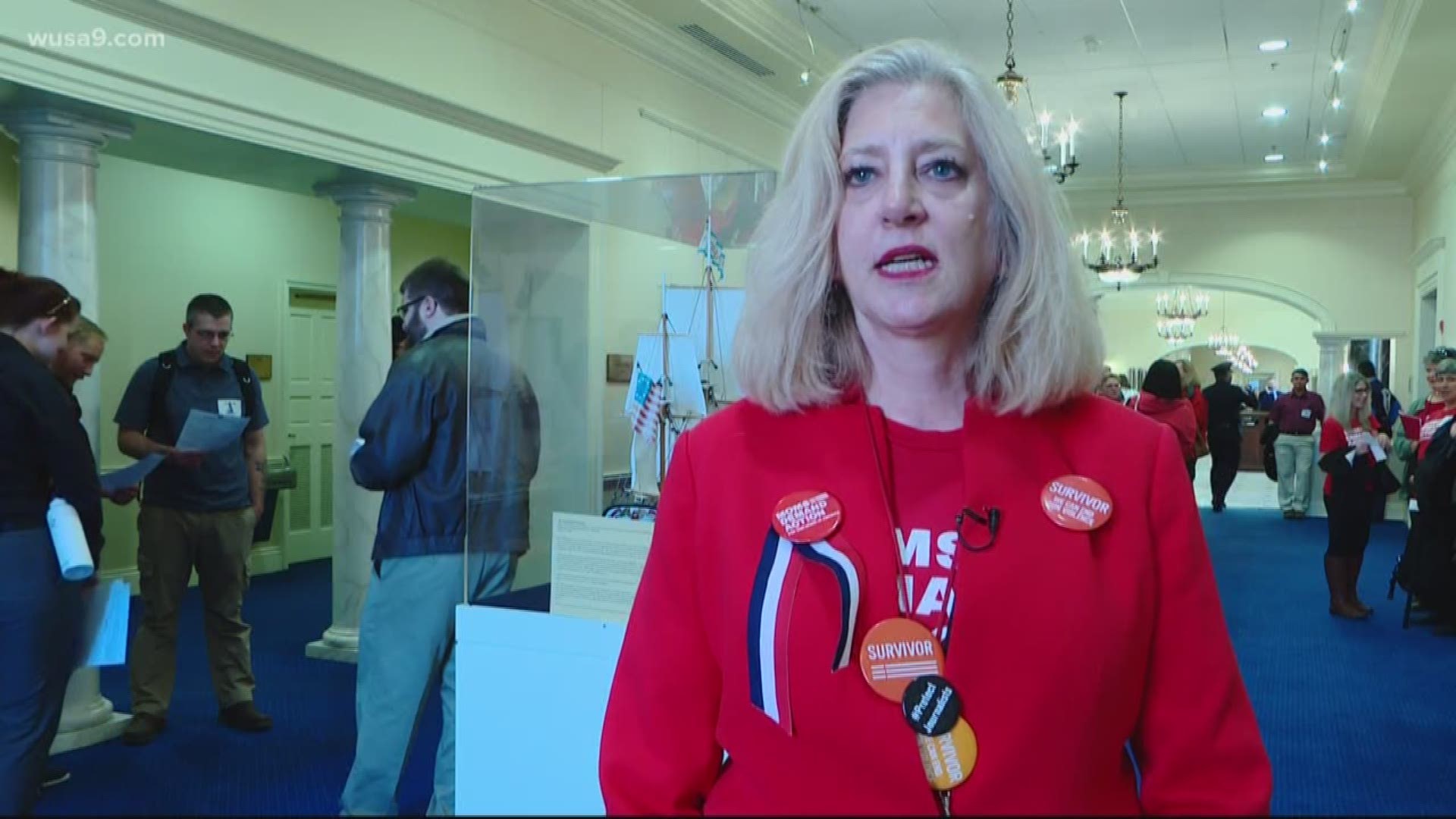 ANNAPOLIS, Md. — CORRECTION: An earlier version of this story incorrectly said that Andrea Chamblee was invited by Gov. Hogan to the State of the State address. Chamblee attended the State of the Union address Tuesday as the guest of Sen. Chris Van Hollen.

Governor Larry Hogan introduced a wide variety of legislative efforts in Wednesday's State of the State address in Annapolis, including a handful of initiatives aimed at tighter gun control in Maryland.

Maryland already has some of the strictest gun laws in the country. But, you can still legally buy a rifle or a shotgun from an unlicensed seller, and never go through a background check.

"Every issue I have talked about here today, and all of the bills you will be considering over the next 61 days, are important and worthy of debate and discussion," Hogan said in his speech."But none of them are nearly as important as addressing the out-of-control violent crime, the shootings, and murders that are destroying Baltimore City."

Some of those violent crimes and shootings included a two-year-old boy who was shot in the stomach while riding in the car with his family last October, as well as the 73-year-old grandmother caught in gang crossfire last month, Hogan stated.

"More than 1,000 people were shot on the streets of Baltimore City last year," Hogan elaborated. "348 people were killed. Another 60 people have been shot, and 23 people killed, just in the 29 days since this legislative session began."

In an effort to help curb those grim numbers in Maryland -- which he called an urgent crisis -- Hogan highlighted various gun reform movements in his address:

"I'm a big believer in the power of prayer. And yes, we do need prayers, but prayers are not enough," Hogan said in the address Wednesday. "We are also going to need you to take action to get these shooters off our streets."

Credit: AP
Maryland Governor Larry Hogan speaks during the signing ceremony of the Memorandum of Understanding between Maryland and Kanagawa, at Maryland's State Capitol, in Annapolis, Md. Hogan announced July 16, 2019, that a state initiative to help residents with education loans purchase their first home and wipe out college debt has aided in the purchase of 216 homes. (AP Photo/Jose Luis Magana, File)

Andrea Chamblee, a staunch activist for Maryland gun reform and the widow of Capital Gazette reporter John McNamara, has been pushing Maryland lawmakers to close what she calls a loophole in the state's background check laws. In order to legally buy an assault-style rifle or a handgun in Maryland, you have to pass a background check -- but to buy a rifle or a shotgun from a friend, a fellow hunter, or any private seller, no background check is required.

"I'm not here to save my husband," Chamblee said to Maryland delegates in January. "I'm here to save the next person where a dangerous person gets easy access to a long gun to murder his family, or his co-workers, or himself."

Credit: AP
Andrea Chamblee, whose husband John McNamara was one of five people killed at the Capital Gazette office shooting in June, speaks at a news conference in Annapolis, Md., on Thursday, Jan. 31, 2019 with gun-violence prevention advocates. They are urging Maryland lawmakers to approve gun-control measures this year (AP Photo/Brian Witte)