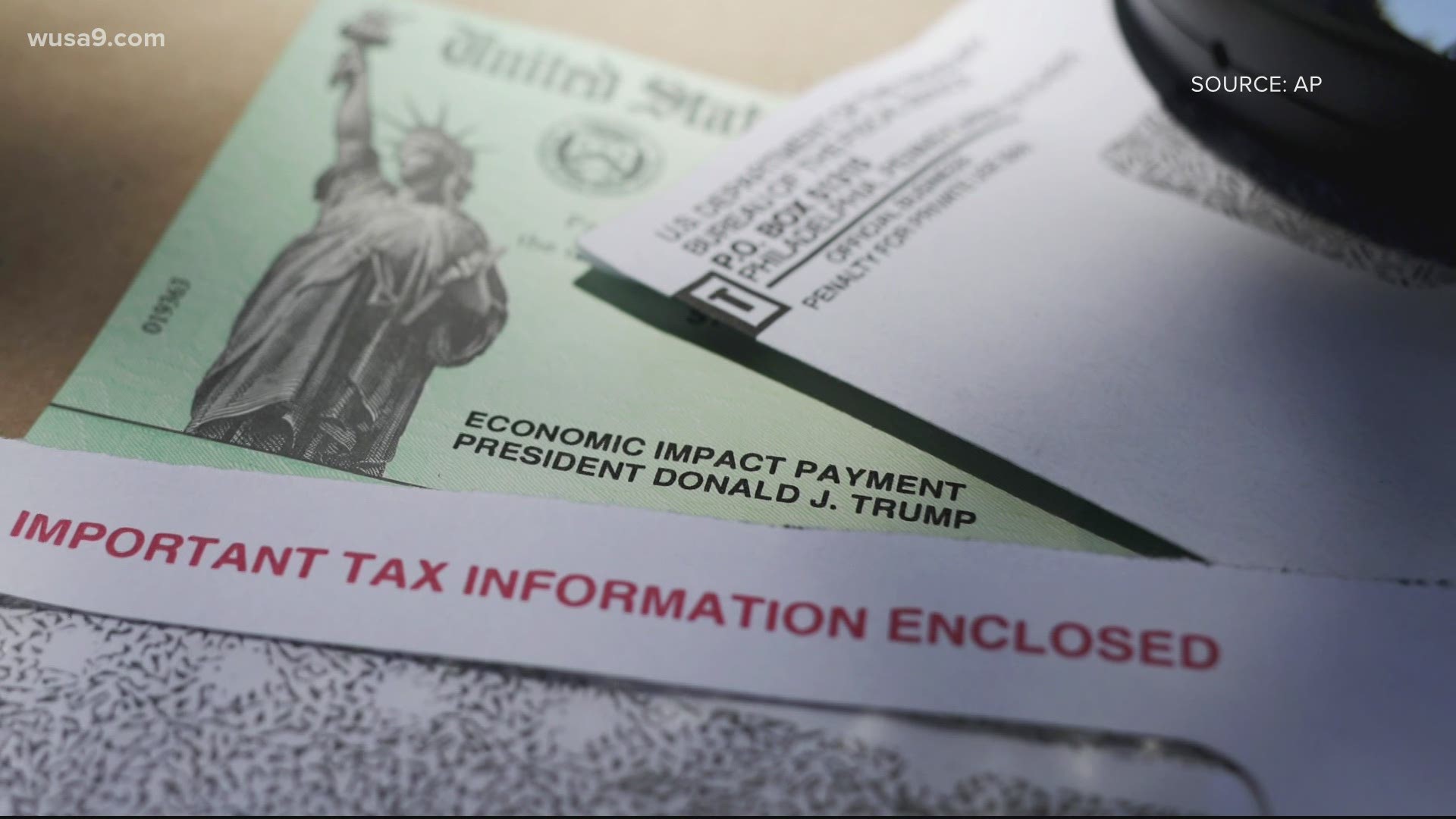 WASHINGTON — People depending on unemployment benefits continued to wait for payments on Wednesday after two key programs expired over the weekend before President Donald Trump signed a $900 billion pandemic relief package.

The stimulus plan passed by Congress earlier this month extends the Pandemic Unemployment Assistance (PUA) and the Pandemic Emergency Unemployment Compensation (PEUC) programs, which assist people who had COVID-19 related job losses or reduction in incomes.

A VEC statement estimated the guidance will come "in the near future," while a DC DOES member told WUSA9 Wednesday evening that they were not expecting any guidance to come until January.

Margaret Holmes, who lost her job as a court reporter in the DC area earlier this year, was one of many people across the country waiting for payments to arrive this week.

However, due to the delay in assistance, she was feeling plenty of stress on Wednesday.

"If you didn’t save enough money to pay your January rent, you’re on the phone now with your landlord trying to get an extension," she said. "When you’ve been without money for eight months or with very little money and then they ask you to go with no money for two weeks, that’s like the end of the world.”

Holmes told WUSA9 that after losing her job, she has applied for numerous other positions in the region.

Due to changing habits and trends emerging during the pandemic, she wondered if she would ever be a court reporter again.

"You get the feeling that the word is being remade," she said. "My job and my skill set is no longer relevant or going to be relevant in a post-COVID age. I don’t know whether court reporters are going to be employed now that they’re going to Zoom to do all their stuff.”

"I’ve applied for a number of jobs. I’m an ex-teacher," she added. "The internet is inundated with people like me looking for work.”

RELATED: 'We don’t eat like we used to' | Delay in unemployment benefits impacts local families

D.C. Councilwoman Elissa Silverman has heard stories similar to what Holmes is experiencing.

Due to the delay, even more calls and emails for help have been coming in from people impacted by the wait for benefits.

"My office, including my personal email, is getting flooded with workers who are desperate," Silverman said. "They don’t know what to do. The unemployment system was not built to deal with this kind of crisis.”

Issues with the unemployment system have led to Silverman calling on Mayor Muriel Bowser to improve the district's communication with people seeking unemployment benefits while also requesting more trained staff to make decisions on claims. 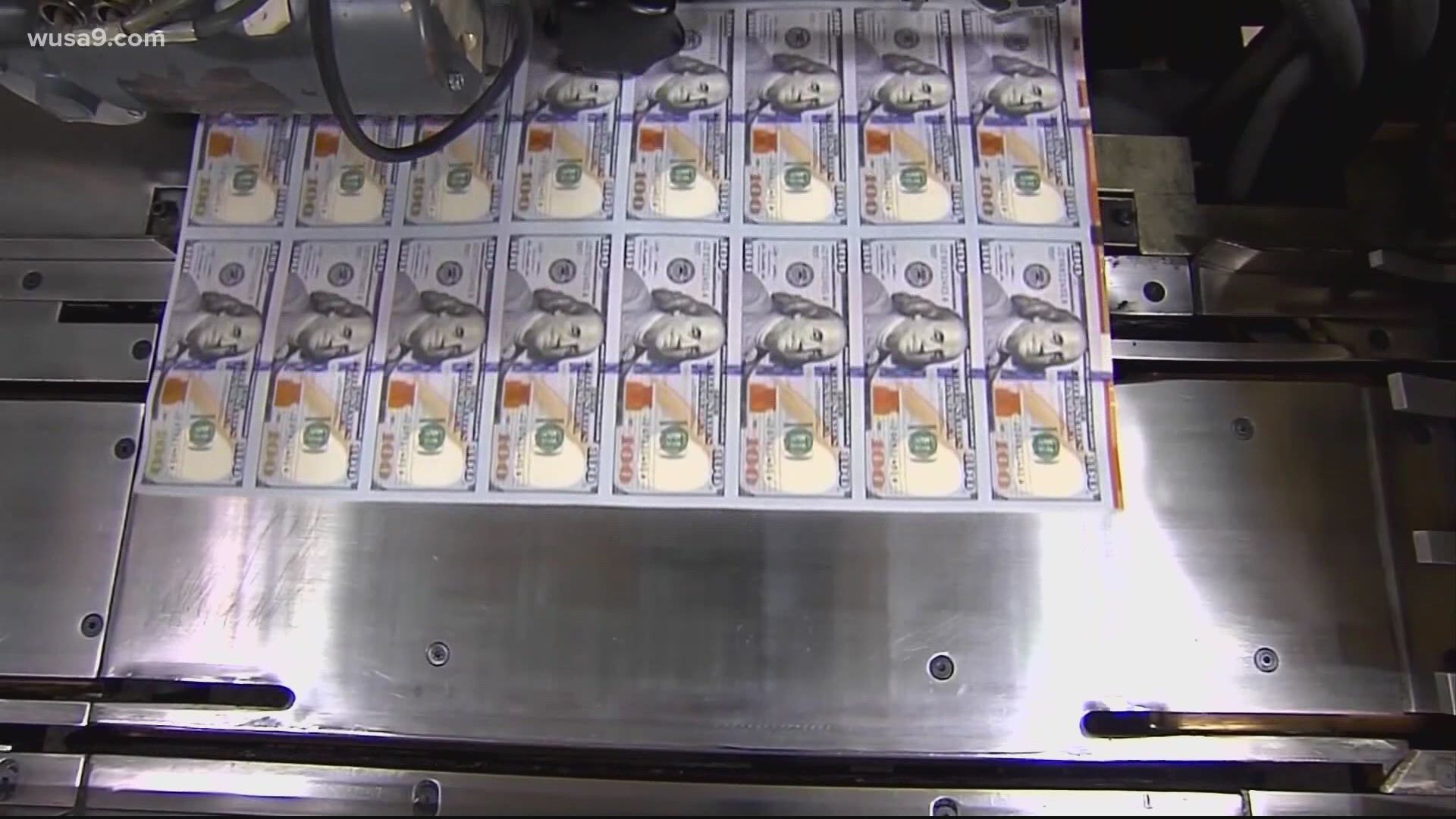 A member of the Legal Aid Society of the District of Columbia, which has been helping people out of work navigate through the unemployment process, estimated that the delay could last up to three weeks before the payments are received.

"D.C.'s technology for its claims website is very, very old (30+ years, maybe 40) so it seems less likely that DC will be able to make these changes quickly to avoid a delay in benefits," said supervising attorney Drake Hagner.

On Wednesday, Silverman echoed the need to improve the portal for unemployment claims to help people requiring assistance.

"You can’t file using Google Chrome. You have to use Internet Explorer," she said. "I’ve been championing modernizing our unemployment system and getting this thing to actually work for the time that we’re in.”

"Keep filing weekly claims to the best of your ability," Hagner said. "Continue to file online for benefit programs you are in now. The safest thing to do is to continue to file and if you’re blocked from filing, take a picture of that pop-up message as proof you tried to file.”

RELATED: 75,000+ in DC could see unemployment benefits expire on Saturday

RELATED: COVID Blog: More than 60,000 people have been vaccinated in the DMV. There's still a long way to go