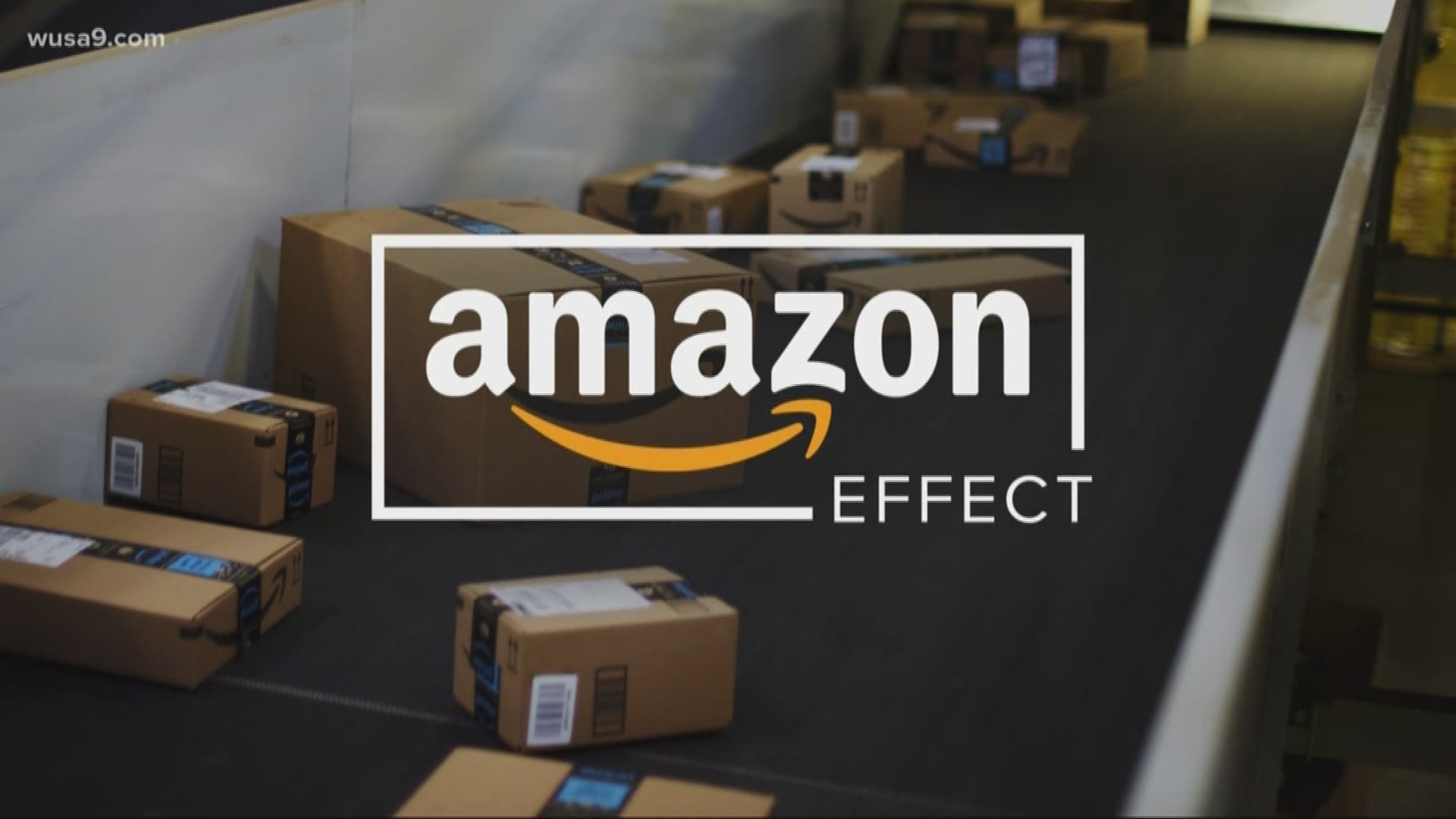 ARLINGTON, Va. — After several hours of testimony and discussion, that was often interrupted by protesters and chanting, the Arlington County Board voted unanimously to approve a $23 million incentive package for Amazon’s second headquarters in Crystal City, Virginia.

“This performance agreement is really just the beginning of what I believe will be a long and productive partnership between Arlington and Amazon,” Arlington County Board Chair Christian Dorsey said. “Our vote today reflects our strong belief that Amazon will bring significant benefits to our community, to neighboring Alexandria, the region and the state."

The Amazon portion of the meeting, which lasted more than six hours, was heated at times, especially toward the end of the meeting. One man would not leave the podium, was swearing and yelling at the board members that they should be ashamed of themselves.

While more than 100 people spoke at Saturday's public hearing, many gathered before the meeting started at 1 p.m. for a rally outside the Arlington County Government Center. While the rally was organized by a local coalition against Amazon's new headquarters, many supporters of HQ2 stood nearby with signs.

Amazon announced in November 2018 it would establish another headquarters in Arlington County. The online retail giant will establish buildings and offices in Pentagon City, Crystal City and Potomac Yard. Amazon has said it will invest more than $2 billion in the new headquarters, creating 25,000 high paying jobs.

RELATED: How will Amazon's pull out of New York impact Arlington?

According to an Arlington County news release, the annual grant is a pay-for-performance incentive, which means Amazon will have to fill a certain amount of office space in the county in order to receive the funding. County officials said during a presentation at Saturday's meeting the $23 million would come from a hotel room tax and will stretch over 15 years.

Virginia lawmakers have already passed a law--and Governor Ralph Northam has signed it-- to give Amazon up to $750 million dollars in state incentives over the next 15 years if it creates up to nearly 38,000 jobs and 6 million square feet of office space.

However, not everyone in the Northern Virginia community is happy to see Amazon setting up shop. A coalition has since formed called “For Us, Not Amazon” has expressed concern about the new headquarters.

RELATED: Amazon rep: "Nothing will change for Northern Virginia" headquarters now that New York is off the table

At Saturday's rally, "For Us, Not Amazon" said it fears the working class and people of color will be forced out of their community because of a higher cost of living due to Amazon.

"We don’t have a jobs problem, we have an affordability problem here," said Opal Boyer, one of the rally organizers.

She went on, "We have people here who are working two to three jobs, also who are trying to afford to stay here and live here where they work. But, if Amazon comes here they’re going to be displaced."

“For Us, Not Amazon” says it has also collected more than 400 signatures from Arlington residents who oppose the incentive package for the company. The petition was to be presented at Saturday’s meeting and many of the group members were expected to speak.

While there were many against HQ2 at the public hearing, many business owners, association presidents and community members also turned out to urge the board to approve the incentive package.

"We lost 24,000 jobs, federal jobs, since 2000 and we’ve had high office vacancy rate," explained Tracy Sayegh Gabriel, the President and Executive Director of the Crystal City Business Improvement District. "We think with the arrival of Amazon and the additional investment it will bring will help to drive down our vacancy rate, enliven our streets, support our small businesses and again really invest in Virginia’s largest walkable downtown."

RELATED: After it called off a headquarters in New York, will Amazon bring more jobs here?