Amazon rep: "Nothing will change for Northern Virginia" headquarters now that New York is off the table

Amazon underscored that 25,000 new Amazon jobs are still coming to Northern Virginia, not 38,000 as some local leaders hoped. 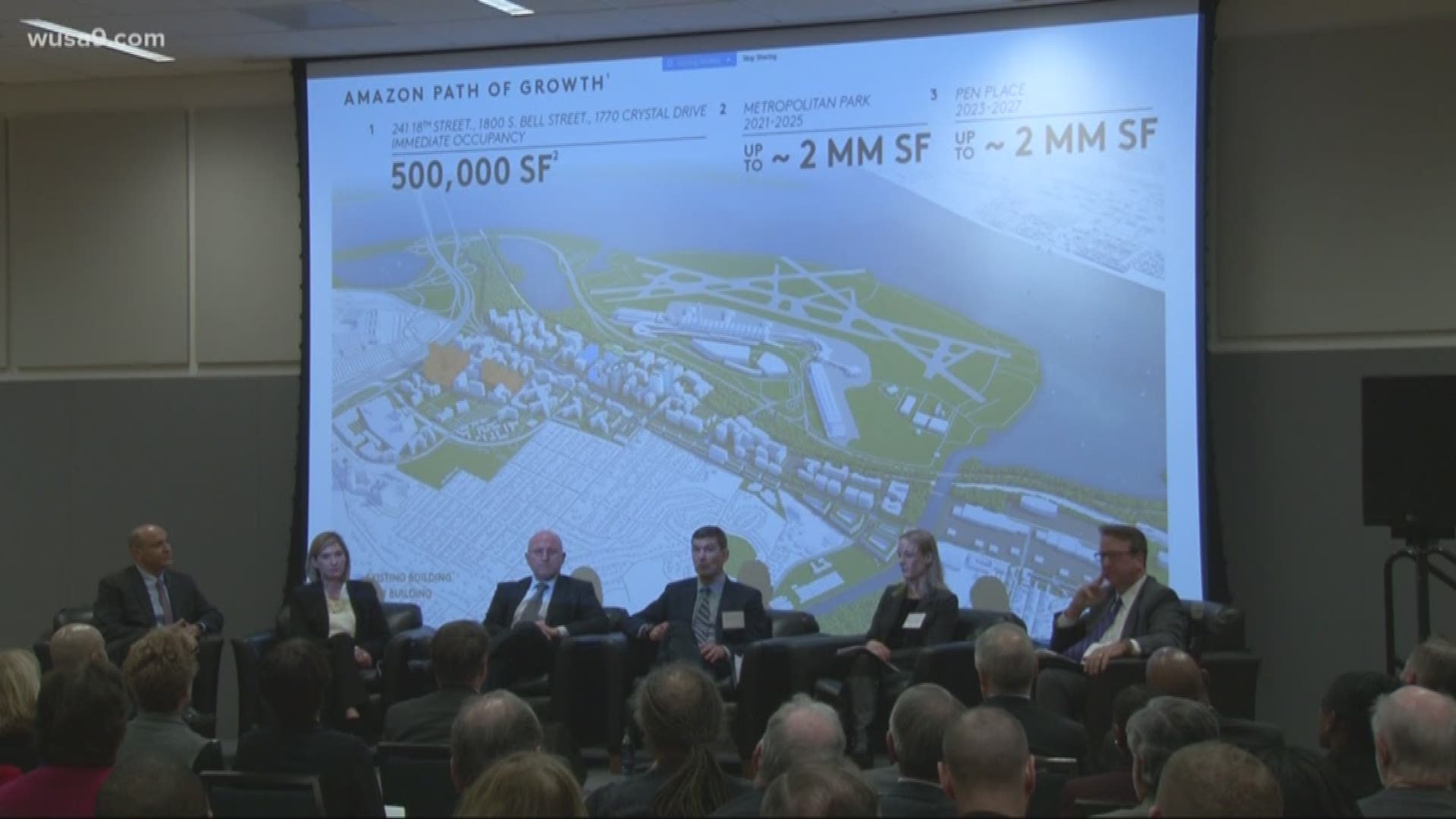 ARLINGTON, Va. — An invitation-only, round table discussion Thursday night zeroed in on the future of Amazon’s new headquarters as the tech giant prepares to bring 25,000 new jobs to Northern Virginia over the next decade.

The event, hosted by the Metropolitan Washington Council of Governments at George Mason University, featured local leaders and development experts alongside a representative from Amazon a week after the company announced it would no longer split its new headquarters—known as HQ2-- with Long Island City, New York.

RELATED: How will Amazon's pull out of New York impact Arlington?

“Nothing will change for Northern Virginia,” said Holly Sullivan, Amazon’s Head of Worldwide Economic Development. Sullivan detailed that hiring will begin this year with 400 new jobs coming to the newly-rebranded National Landing area of Arlington and Alexandria with a redeveloped Crystal City as the centerpiece.

Sullivan underscored that 25,000 new Amazon jobs are still coming to Northern Virginia, not 38,000 as some local leaders hoped. Sullivan said the company will bring 1,000 new jobs to the area in 2020 and another 1,000 new jobs the year after that. The company is banking on four million square feet of new office space.

RELATED: After it called off a headquarters in New York, will Amazon bring more jobs here?

“The jobs are not going to come overnight,” said Sullivan. “We’ll have a lot of time to engage in discussion.”

That discussion, in a nearly hour-long question-and-answer session, touched on Amazon’s impact on the housing market, transportation, and how the company will be a good neighbor with existing communities, but continued to veer back to what the company is planning right now.

RELATED: Gone in a New York minute: How the Amazon deal fell apart

On Monday, Arlington residents held a community forum voicing similar concerns to those that catalyzed Amazon’s departure from Long Island City, citing hundreds of millions in state and local tax incentives to attract the company to our area. Amazon’s Sullivan underscored that most incentives are “post-performance,” stressing that Amazon would not receive the incentives unless jobs were created first.