Cleveland man walks to D.C. on a heartfelt mission to bring donor awareness to the Nation's Capital. 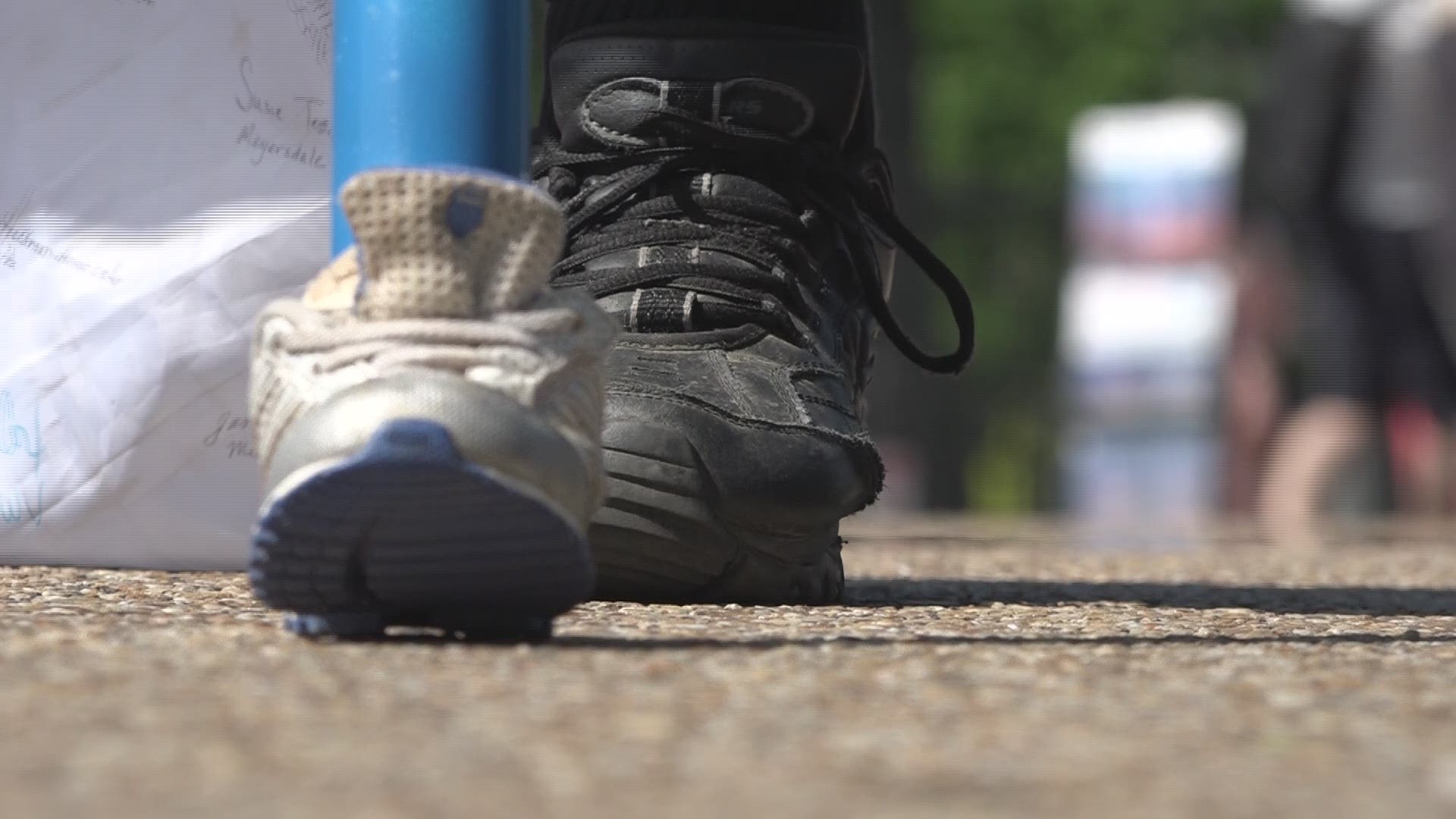 Washington (WUSA9) — Last month for his 62nd birthday, Gene Shimandle decided he was going to walk to the White House...from Cleveland, Ohio.

In the late morning of May 8th, Shimandle walked into Lafayette Park with his walking stick, which holds a flag. The bottom of the walking stick has a toddler’s sneaker, perhaps a Build-a-Bear shoe, attached.

“My daughters had to help dad get-up, out of the chair and help me to the bathroom…so that I could use the bathroom,” said Shimandle. “To be able to walk 357 miles to the White House, oh my God.”

The 62-year-old called it a “remarkable thing.”

For nearly 40-years, the human heart was his business. Shimandle was a Paramedic. He still teaches CPR in Ohio, but it was his heart that needed help.

“I knew what that diagnosis, Congestive Heart Failure, meant,” he told WUSA9. “It was a five-year death sentence.”

Shimandle fought it for 12-years, but his heart just wasn't pumping enough.

“I got the call and May 8th. I had a new heart,” Shimandle said.

Cody Stebel was 20 years old. He died from a car crash. He was also an organ donor and a perfect match.

On a heartfelt mission, 62yo Gene Shimandle arrived at the #WhiteHouse today. He WALKED from #Cleveland to mark the 1yr since his Heart Transplant. Plans to meet with @robportman @SenSherrodBrown & @smithsonian reps in hopes of creating a #DC memorial to honor Organ Donors @wusa9 pic.twitter.com/6nQ46w9pxK

Last Thanksgiving, in an very emotional reunion, Cody’s parent’s got to listen to their son’s heartbeat again, that's now in Shimandle.

“I learned that it wasn’t just, ‘I know that I received a gift that I am never going to be able to repay,” said the heart recipient. “They received a blessing as well, knowing that their son didn’t die for nothing.”

So Shimandle decided, he was going to walk.

RELATED: Young teen gets a second chance with a new artificial heart valve

Shimandle left the Cleveland Clinic staff that carried-out the procedure on April 11th, only to arrive in D.C. on the one-year-anniversary of his heart transplant.

“I took this walk to be a person whose life the family can be proud of,” said Shimandle.

Now that he’s made it to the White House, on Wednesday Shimandle plans on meeting his two Ohio Senators, and a representative from the Smithsonian. He’s hoping to get a monument built in the Nation’s Capital that will honor those transplant donors.