A young teen's doctor delivers a diagnosis his parents that they never expected to hear. 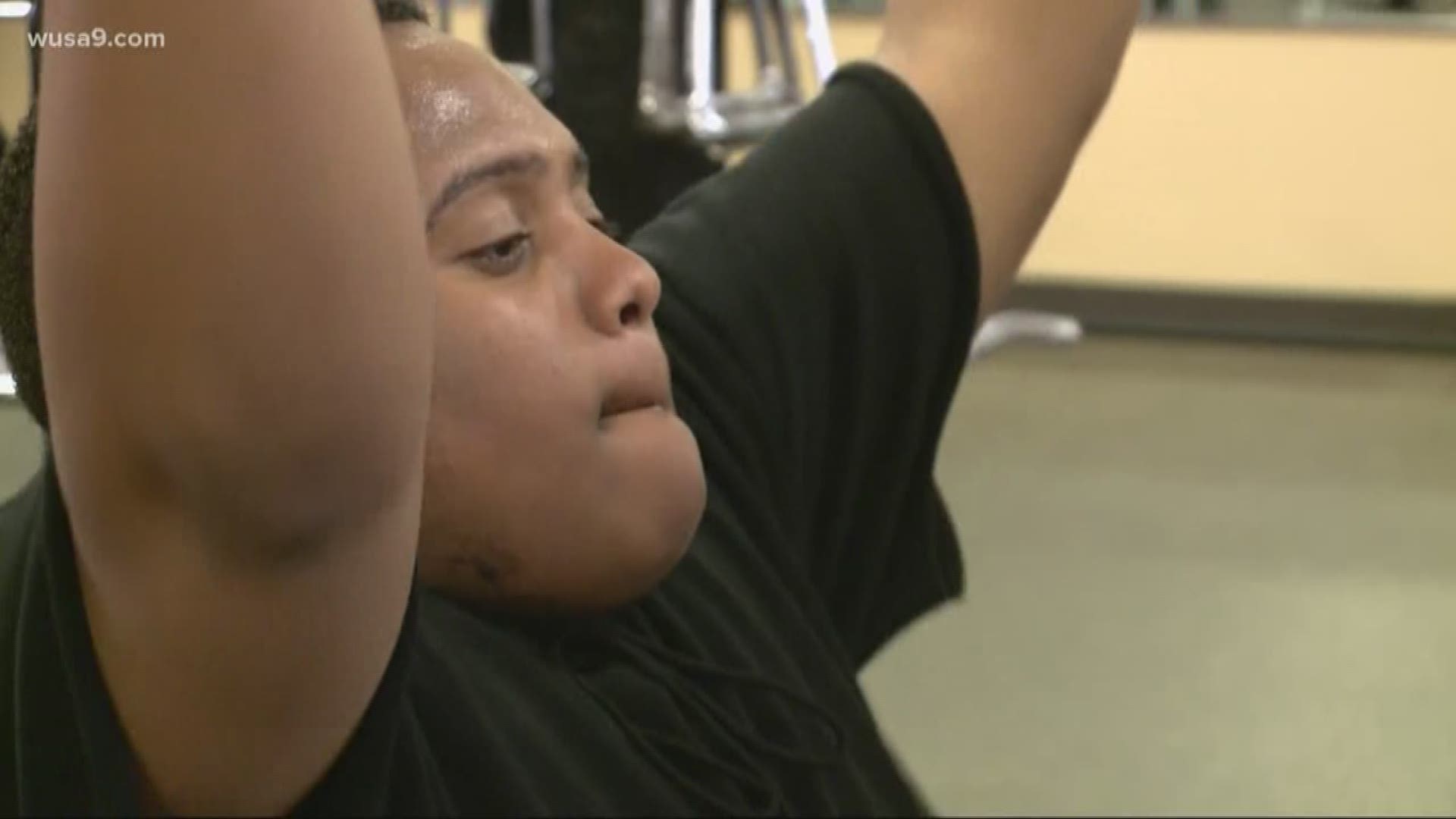 "The way my heart was acting up before, I wasn't able to do any of this. I wasn't even able to walk up stairs. I was really out of breath," he said.

Prince was in the sixth grade when he first felt the signs of frequent fatigue and lack of energy. His dad, Reggie, took notice of his son's constant complaints of feeling tired all of the time.

"I thought, perhaps, he was just being lazy, and I would really push. I'm like, it doesn't make sense. What do you mean you're tired," said his father.

For some unknown reason, the young sports fanatic struggled to keep up on the basketball court and the football field, the game he really loved most. And then, came the chest pains, even when he was sitting still.

"I was feeling like, I guess, vulnerable," said Prince.

He caught a cold, but the over-the-counter medicine did not make him feel better. So, his mom and dad drove him to the local hospital. The doctor delivered a diagnosis they never expected to hear.

"At first they thought it was pneumonia, and then they realized it wasn't pneumonia. It was his heart," said his mom Christana.

His startled parents wondered how could that be because there was no history of heart disease in their families. Prince's medical team suspected a strep infection was the cause of their son's heart problem.

MORE: What is Strep

"They feel like he might have got the strep when he was an infant," his dad said. "The infection was in his heart, caused a lot of damaged over many years.

MORE: Strep and Your Child's Heart

A strep infection is not uncommon, nearly 3 million cases are diagnosed every year. Antibiotics are usually prescribed to treat it.

But, if left undiagnosed, as in Prince's case, a strep infection can severely damage a healthy heart valve.

He was put on a regiment of penicillin and follow up appointments to monitor his heart.

"Each one of these visits, we didn't get any good news," said dad Reggie.

His mom said, "Four or five times, I would get up in the middle of the night to check and see if he was breathing. No mom wants to go through that."

By mid 2016, things took a turn for the worse. Prince's fluid-filled lungs had collapsed. He was medevac from Montgomery County to Children's National Health System in Washington, D.C.

"They said, 'hey, he's suffering from something called Mitral Valve Stenosis where the heart valve isn't functioning right.' And, the only way to correct this is not medication. It would have to be an open heart surgery," his dad said.

Reggie said, "It was tough because on the inside there's so much pain and anxiety inside of me and crying inside. But, I had to be strong for him."

"On the day of the surgery, I went into it assuming that I just wasn't going to come out. But, I also knew if I didn't have it, I wouldn't have a normal life," said Prince.

Prince said, "Coming out of the surgery, I felt relief. I was happy that I made it through."

"I can't even explain how happy I am right now, and how grateful I am to see him every day," said his mom.

Now, he uses a special device to electronically send samples of his blood to his doctors.

"They want to know what my blood level is. How thin, how thick it is," Prince said.

He'll be on a blood thinner for the rest of his life and he said the hard work of rehab was worth it. The life-saving heart surgery is giving him a second chance at life.

"Since my heart surgery, I haven't come across anything that I can't do. So, that's why the surgery really changed my life around for the better. I don't get out of breath anymore. I don't have damage to any more valves. I'm a new person," said Prince Pratt.