Homeward Bound: Tennessee man reunites in Cleveland with dog that had been missing for 4 years

Michael Joy's dog Sam went missing in 2016 in Georgia. Recently, he was found on the streets of Cleveland. 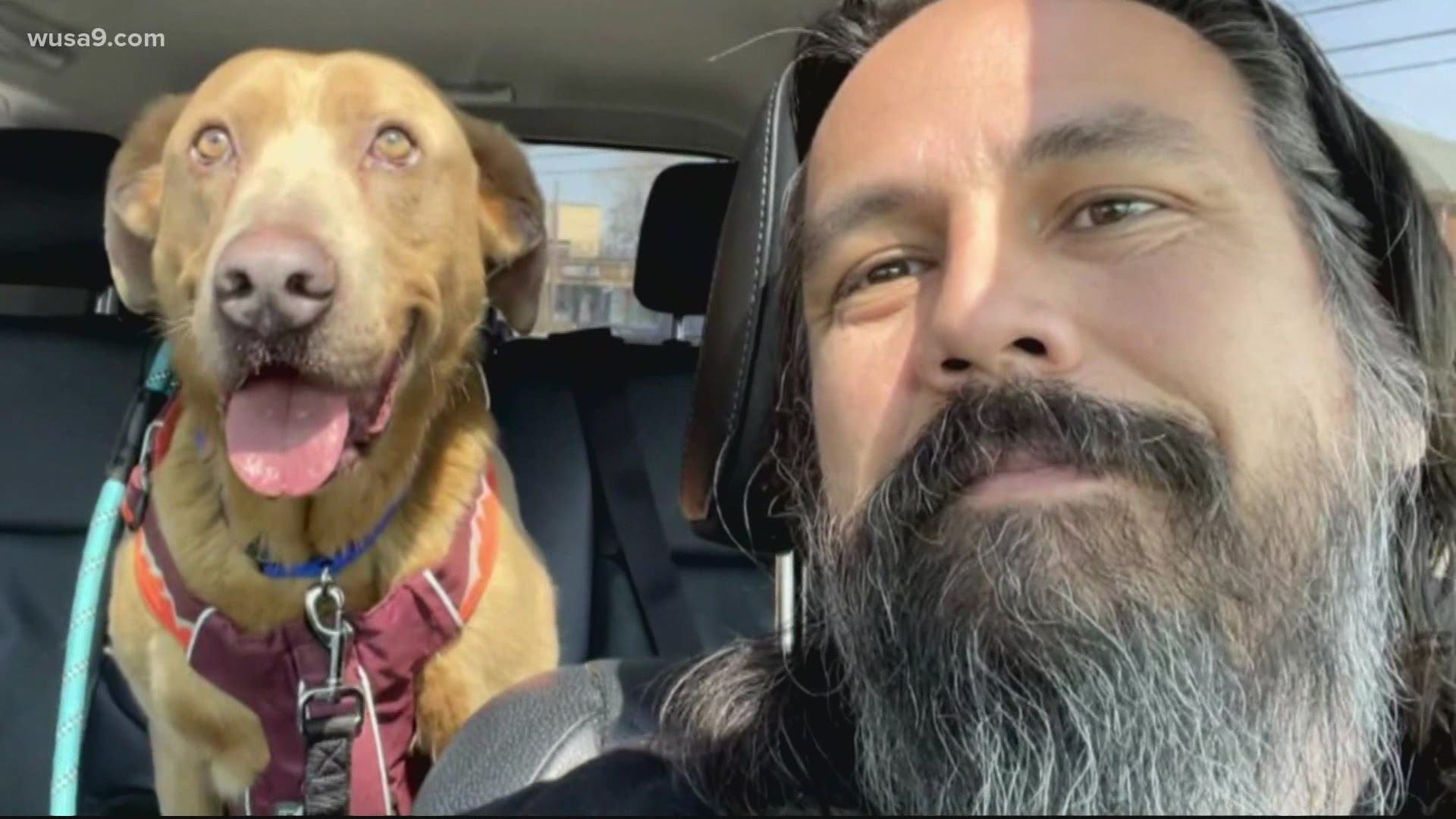 CLEVELAND — It all started in 2016, when Michael Joy was a recruiter for the U.S. Army. He was gone for long periods of time, and upon arriving home from one of his recruiting stints, he noticed his dog Sam had gone missing from his Ft. Benning, Ga. home.

Joy called all the shelters and went out looking for Sam, but came up empty handed. He vowed never to give up.

“I told my wife, hey, I’m gonna find this dog…I never stopped, I always, I even still follow the shelters’ pages just in case he would’ve shown up.”

Time moved forward, and Joy and his family had to move, due to his job with the Army.

Fast forward four years to the morning of April 2nd of this year and a phone call from a number Joy didn’t recognize.

Sam was found by Cleveland Police and taken in for a medical exam and to be scanned for a microchip. And that's how City Dogs found Joy.

As soon as he hung up, his oldest daughter ran in the room and asked what that was all about. He told her they found Sam and she asked what they were going to do. He said, “We’re going to Ohio!”

“There was no question, it was an impulse thing,” Joy said.

He went to his wife’s work and told her and her immediate reaction was, “Oh, we’re going to Ohio!”

On the drive from Clarksville to Ohio, Joy was excited.

“I was like, man. This is going to be one of the best moments of my life, you know, besides my kids, getting married and retiring from the Army,” he said.

Joy just hoped that Sam remembered him, because he doesn’t look the same as he did when he went missing.

“Five years ago, I was still in the Army. I had the haircut, no beard. I’m like, he won’t recognize me. But I hope he does.”

In a video tweeted by City Dogs CLE that quickly went viral across Northeast Ohio, you can see the moments leading up to, and of, the reunion between Joy and Sam. Joy describes the moment he saw Sam for the first time in five years.

Get tissues ready for this one...Sam was dropped off by police who found him. Kennel staff scanned & found a #microchip then contacted the number on file. Turns out, Sam was missing for 4 YEARS, from Georgia! His owner drove 8hrs to get Sam in an emotional #reunion.☺️#happyending pic.twitter.com/kGtaeN4iX1

“But as we get up there and I’m waiting for them to pull Sam out, you can just see the anticipation in my face. I was like a kid on Christmas,” said Joy. “As soon as he turned that corner, I was like, ‘Oh my God. That is him.’ And as I’m petting him, you can see as you watch the video that the shelter released, you can see my wife and my daughter crying. And I was like, ‘Oh man, I am so happy.’ And yeah, he didn’t recognize me at first, but it’s been five years. I have a beard and long hair now,” Joy said.

“I don’t smile a lot, but you can see, I can’t stop smiling. I love Sam. Sam is my best friend. And most dogs are better than humans, in my opinion,” Joy said with a grin.

Sam would never have been reunited with Joy if it hadn’t been for the microchip Joy had put in when he took Sam to get neutered.

“Never in a thousand years would I have thought they were going to find him with a microchip. Microchipping is, I’ve been telling everybody that has dogs and is reading my story. And it’s funny because I never thought my story would go as viral as it did up there in Cleveland.”

He urges everyone to get their pet – no matter what it is – microchipped.

“One of the best parts of our job at Cleveland Animal Care & Control is reuniting lost dogs with loving owners who have been looking for them,” said Kennel Manager Michelle Harvanek. “We take a lot of pride in our efforts to trace microchips right away and getting in contact with owners. We also place a huge emphasis on microchipping dogs. Every dog that leaves our care through adoption or return to owner is microchipped if they weren't already. This is one of those very feel-good stories that make all of our hard work worth it. Our staff did a great job getting Sam home.”

Joy says he and Sam are inseparable now. Sam rarely leaves his side.

“He wants to go outside to go to the bathroom and go for a walk, other than that, he wants to stick by my side,” Joy said. “He’s my family. I’ll tell everybody that. My dogs are my family.”

Joy’s message to those looking for a furry friend?

“Make sure you guys adopt dogs from the shelters. They become the most loving you have. I can promise you that.”

Watch the newest edition of "It's All Good (News!) With Stephanie Haney" in the player below.