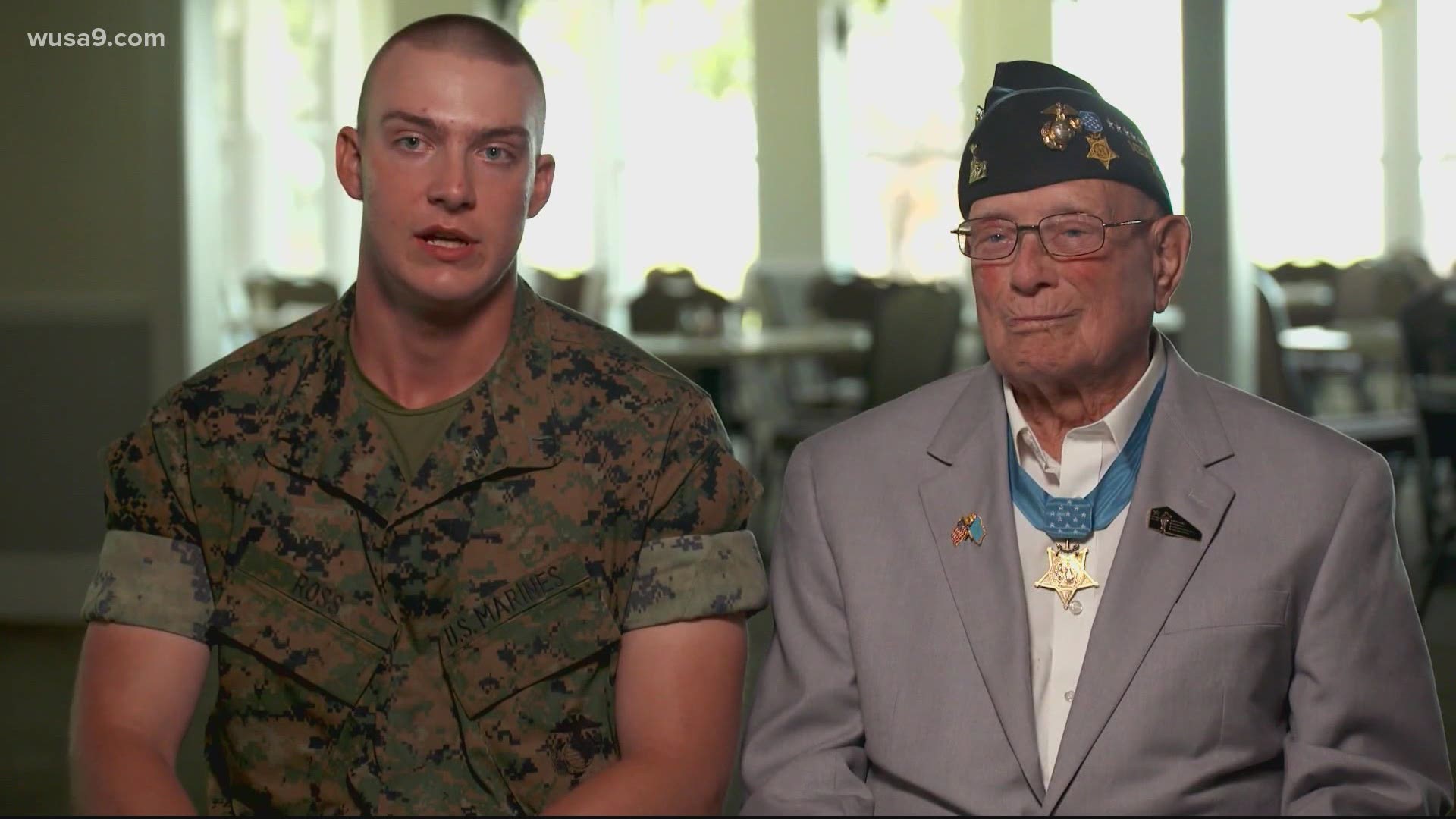 PARRIS ISLAND, S.C. — Graduations are an achievement for any young Marine, but this year's ceremony was one for the ages.

This year, 350 men and women completed Marine boot camp. For the first time since the pandemic began, family members were able to attend the ceremony in person.

In attendance was legendary Marine Hershel "Woody" Williams. The 97-year-old veteran is the last living Medal of Honor recipient from World War II. He was there to see the graduation of his great-grandson Cedar Ross.

"The only advice I think I gave him was to do the very best that he could and then to do a little more," Williams said.

Ross was about halfway through boot camp when his drill instructor realized he was the direct descendant of a Marine legend.

Williams received the Medal of Honor for actions "above and beyond the call of duty during" the Battle of Iwo Jima, when he used a flamethrower to take out enemy machine gun pillboxes.

Congratulations to all the Marines who graduated in 2021!

RELATED: Father and son bike across America | Get Uplifted