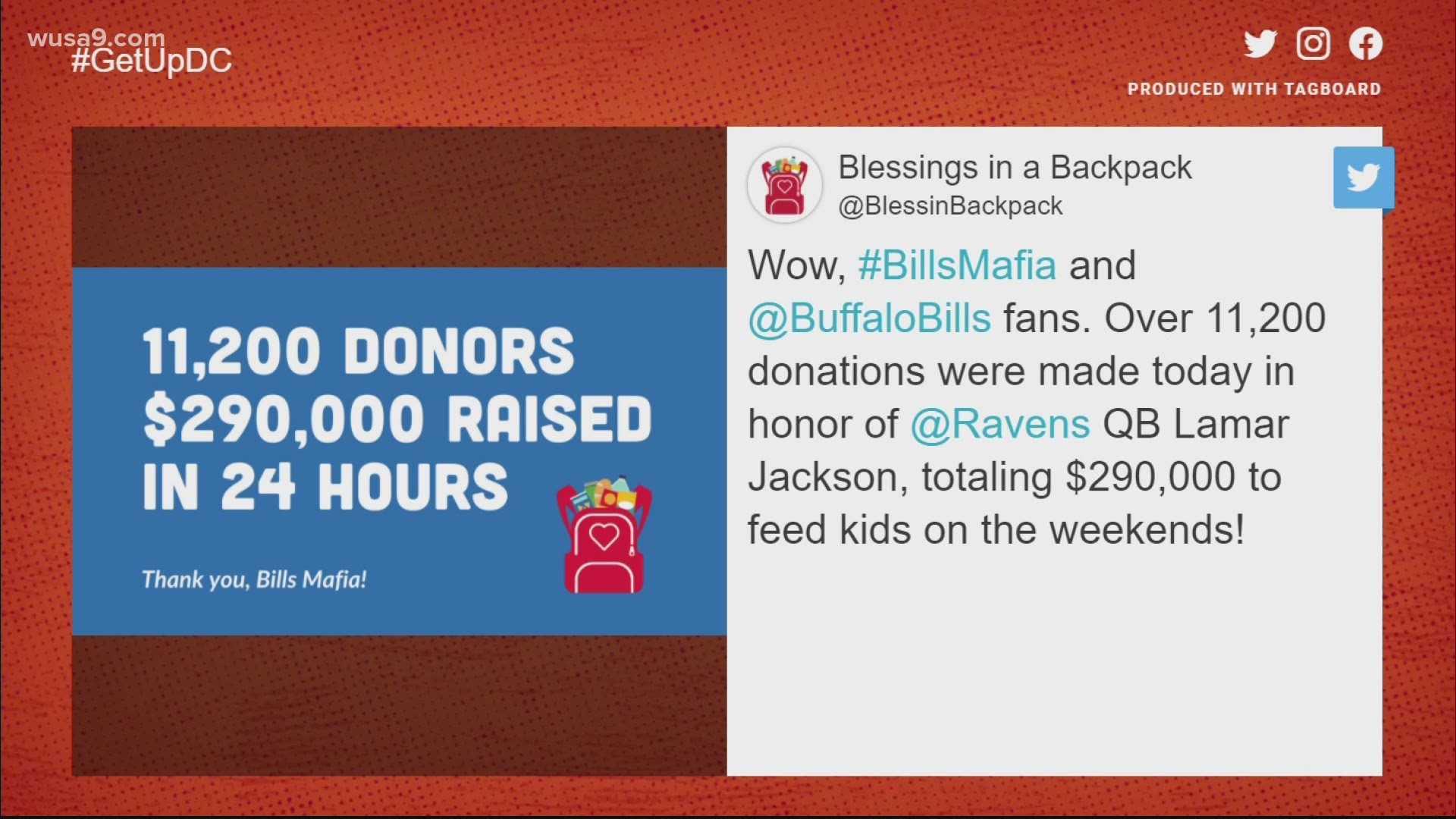 BALTIMORE — It’s time to get Uplifted, a time to take our minds off the negativity around us and focus on positivity – the stories that lift us up!

This morning, that positivity comes to us from a group of Buffalo Bills fans know as "Bills Mafia."

When Baltimore Ravens quarterback Lamar Jackson left the game with a concussion during the Ravens' 17-3 loss to the Bills, a group of Bills fans on Reddit began a push for donations to Jackson's favorite charity, a child-hunger organization based in Louisville, Kentucky, named Blessings in a Backpack.

Blessings in a Backpack provides food on the weekends for elementary school children who might go hungry otherwise. They have been working with Jackson for about three years now. In the hours after the game, Blessings in a Backpack received 11,200 individual donations from Bills fans totaling nearly $300,000. The organization said they can feed a child for an entire school year for $130, so at least 2,000 children will be directly impacted by the generosity of these amazing Bills fans.

We want to share more stories and things that uplift you!

RELATED: Officer Eugene Goodman may be awarded a Congressional Gold Medal | Get Uplifted

RELATED: A child's touching card to the officer crushed at the Capitol | Get Uplifted

RELATED: Bills advance to AFC championship with 17-3 win over Ravens