A manager of a Maryland seafood company said that business is down 75% as the economic downturn has led to fewer people ordering from restaurants. 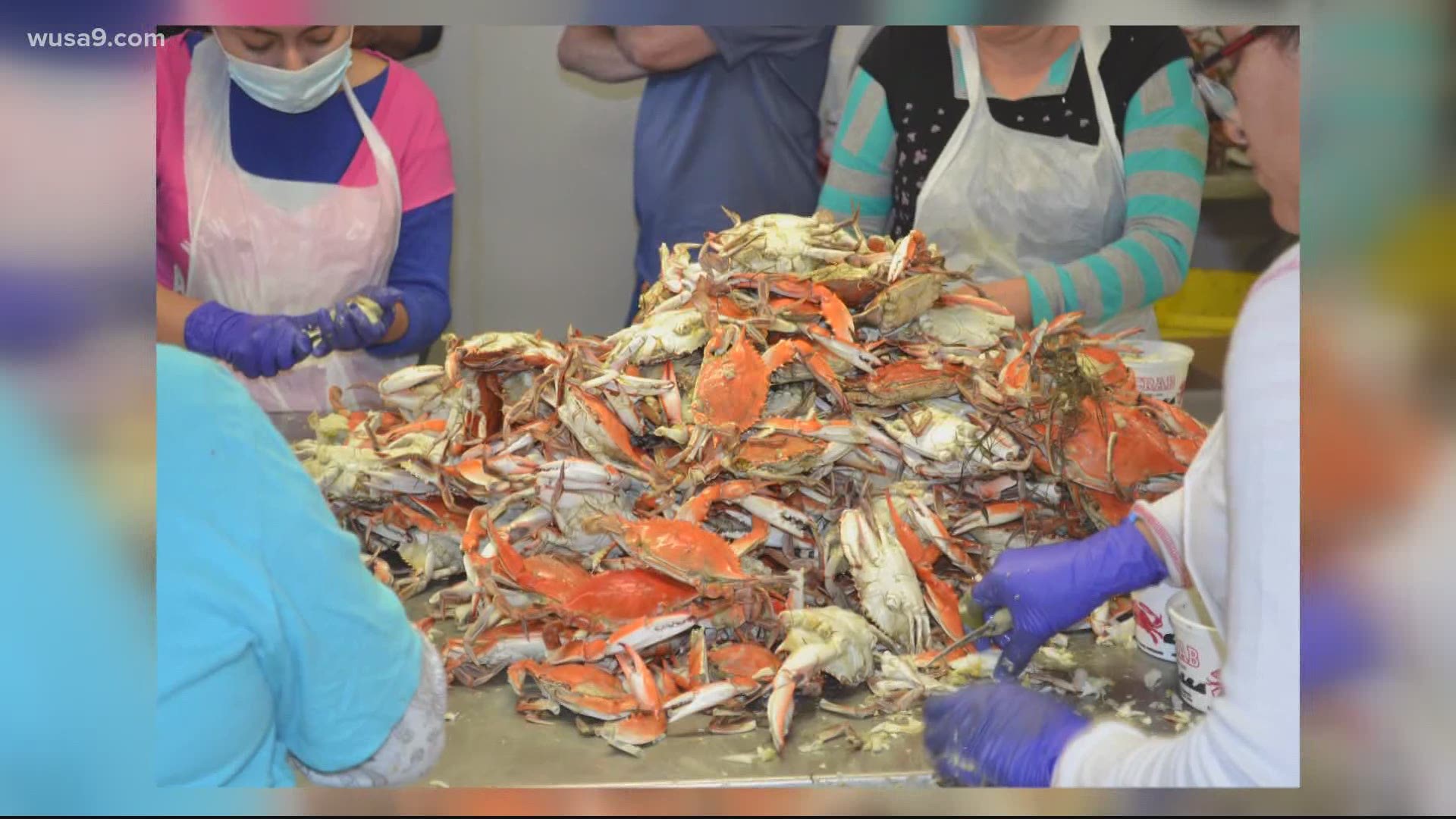 JESSUP, Md. — Seafood company managers like Jon Pearlman can see the impact of the coronavirus and economic downturn simply by looking at the trucks leaving the lot.

During a busy season, almost 30 of them are used to transport hundreds of orders every day. However, over the last two months, the amount of trucks has dwindled.

"Today, I’ve got seven," Pearlman said. "The last two months have been devastating."

As the president of the Congressional Seafood Company, Pearlman has witnessed the growing popularity of seafood around Maryland and surrounding areas since beginning operations in 1996.

But with the company mainly doing business with high-end restaurants, hotels, and caterers, the economic downturn this year has brought things to a crawl.

"It’s heartbreaking, it’s scary, I’m certainly nervous for the future," Pearlman said. "Where a restaurant used to maybe spend $1,000 or $1,500 on seafood for their daily allowance, now they have two items that they’re offering carry-out on."

With Pearlman working with fishermen, he knows issues and challenges are being felt all along the supply chain.

"The fishermen don’t want to hear that 'restaurants are closed down' or 'I need a little more time,'" he said. "They get paid before they go out. They're having a hard time justifying fueling up their boats and paying a crew. They’re going to catch all these scallops and depend on someone like me to buy them and I just can’t order that many because I don’t have the outlet for them anymore."

As the struggles continue in the seafood industry, help recently came after the U.S. Secretary of Commerce announced that $300 million from the CARES Act would be allocated to fisheries around the country. According to the National Oceanic and Atmospheric Administration, Virginia will receive $4.5 million, while Maryland will receive $4.1 million.

The top two recipients of the funding, Alaska and Washington, will each receive $50 million.

Following the announcement, the Chesapeake Bay Foundation called for substantially more aid and voiced support for a plan being pitched by 25 senators to boost assistance for fisheries by $1 billion.

The group described the seafood industry as being in an "economic free fall" and said while the $300 million in aid was welcome, it also was "woefully short."

"The economic shutdown caused by the COVID-19 pandemic has dealt the watershed’s seafood industry a body blow from which it cannot recover without significant federal aid," CBF Federal Executive Director Jason Rano said in a statement. "In a region where the industry has an economic impact of $4.6 billion and supports more than 30,000 jobs, the wider ripple effects of an industry collapse will be devastating."

Pearlman said that he did not plan to apply for any of the aid being offered and said assistance should instead be focused on the food industry.

"The real need that we see on our end is restaurants need to open so that they can start cooking food again," he said. "What will bring us major relief is when these restaurants actually can open and people can start to actually go out to eat again."

Moving forward, he hoped progress would come later this year and business could recover.

"If we can all work together and keep going, then I think we will get through this," he said.

RELATED: Customers flock to Wharf fish markets as they reopen with new rules