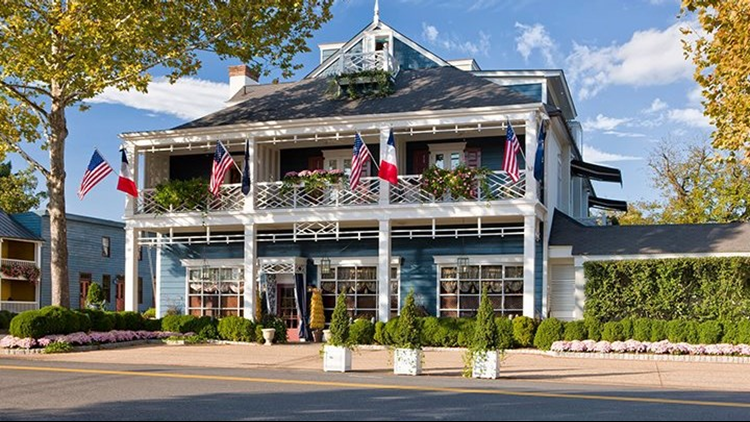 The Inn at Little Washington. (Photo by Gordon Beall.)

WASHINGTON -- D.C. has a new star in town, well technically they have three. The latest Michelin Guide is out and The Inn at Little Washington has gone from two to three stars.

The Inn at Little Washington is the first-ever three-starred restaurant for the area. The luxury country inn and restaurant, just an hour and half drive away near the Shenandoah National Park, happens to be celebrating its 40th anniversary this year. Perfect timing for an "upgrade" in stars.

“Notably this year, our inspectors found the kitchens of chefs Patrick O’Connell (The Inn at Little Washington), Ryan Ratino (Bresca) and Robert Wiedmaier and Brian McBride (Siren by RW) demonstrating fine attention to detail and serving high-quality, top-notch cuisine. This is a wonderful distinction for The Inn at Little Washington, which celebrated its 40th anniversary earlier this year. Over several visits, our inspectors were most impressed by the balance of creative, chef-driven cuisine and impeccable technique from chef O’Connell.”

Restaurants Bresca and Siren by RW both made the cut for the very first time and have each been rated with one-star.

Bresca, the French influenced restaurant led by Chef Ryan Ratino's has only been around since last fall but is already leaving its mark on D.C.

Robert Wiedmaier's Siren by RW hasn't been around much longer and opened last April but has also made an impression with its internationally flavored dishes.

Here's the entire list of all the starred restaurants in D.C.

The Inn at Little Washington