The book Patsy Helmetag wrote along with her daughter is called 'Cecily Cicada' and it details the life of those 17-year-old insects for youngsters. 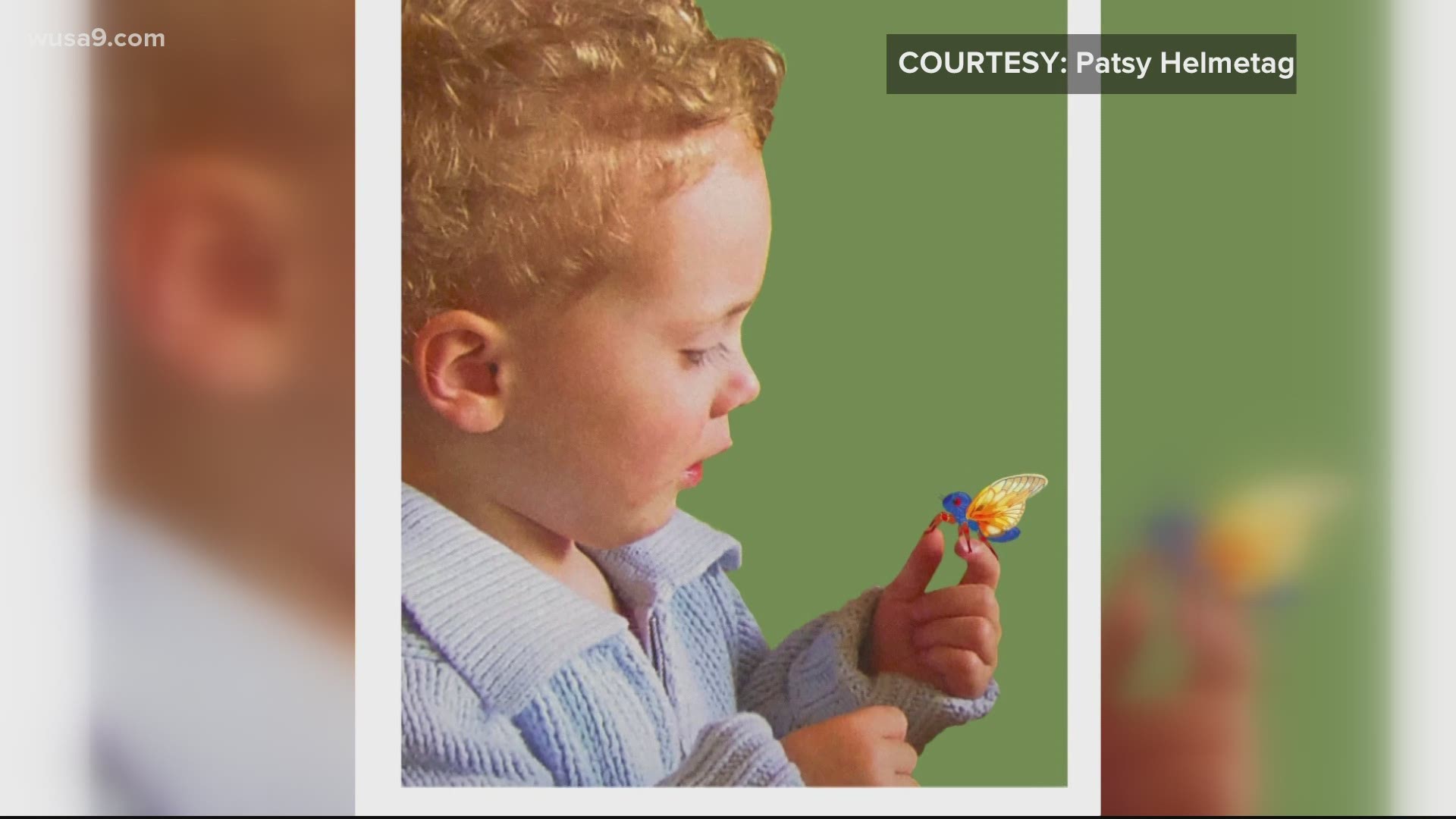 WASHINGTON — As we all get ready for the cicadas to emerge again later this month, some of the youngest people in our area might be a little nervous about what's to come.

One local grandmother decided to help out.

She wrote a children's book with her daughter on a road trip in order to help ease the anxiety of her granddaughter back when the first brood hit in 2004. Now, the grandmother, Patsy Helmetag, has re-illustrated the classic just in time for this year's swarm. Originally, 6,000 copies were sold in D.C. when it first hit shelves 17 years ago.

The book is Called Cecily Cicada and it details the life of those 17-year-old insects for youngsters so that they're hopefully a little less scared when the cicadas do arrive.

Find a link to the book on Amazon by clicking here.

The weird, creepy, totally harmless insects known as cicadas are expected to appear up and down the East Coast between late April and early June. They come out of the ground, mate and then die while their offspring go back underground and wait another 17 years before they emerge to repeat the process.

“You won’t have a hard time finding them because this is expected to be a really big emergence event,” Dr. Floyd Shockley, an entomologist with the Smithsonian Museum of National History, said of the brood we are expecting to see in a few months.

Billions of Brood X cicadas that have been living underground since the 2004 emergence will tunnel their way to the surface and then emerge when the soil temperature rises above 64°F.

Once above ground, they have little time to waste as they only live a few weeks.

RELATED: Cicadas that have been underground for 17 years will make their noisy entrance this spring