After a Make-A-Wish donation was stolen from a local woman's yard, community members came together to grant the patient's wish again. 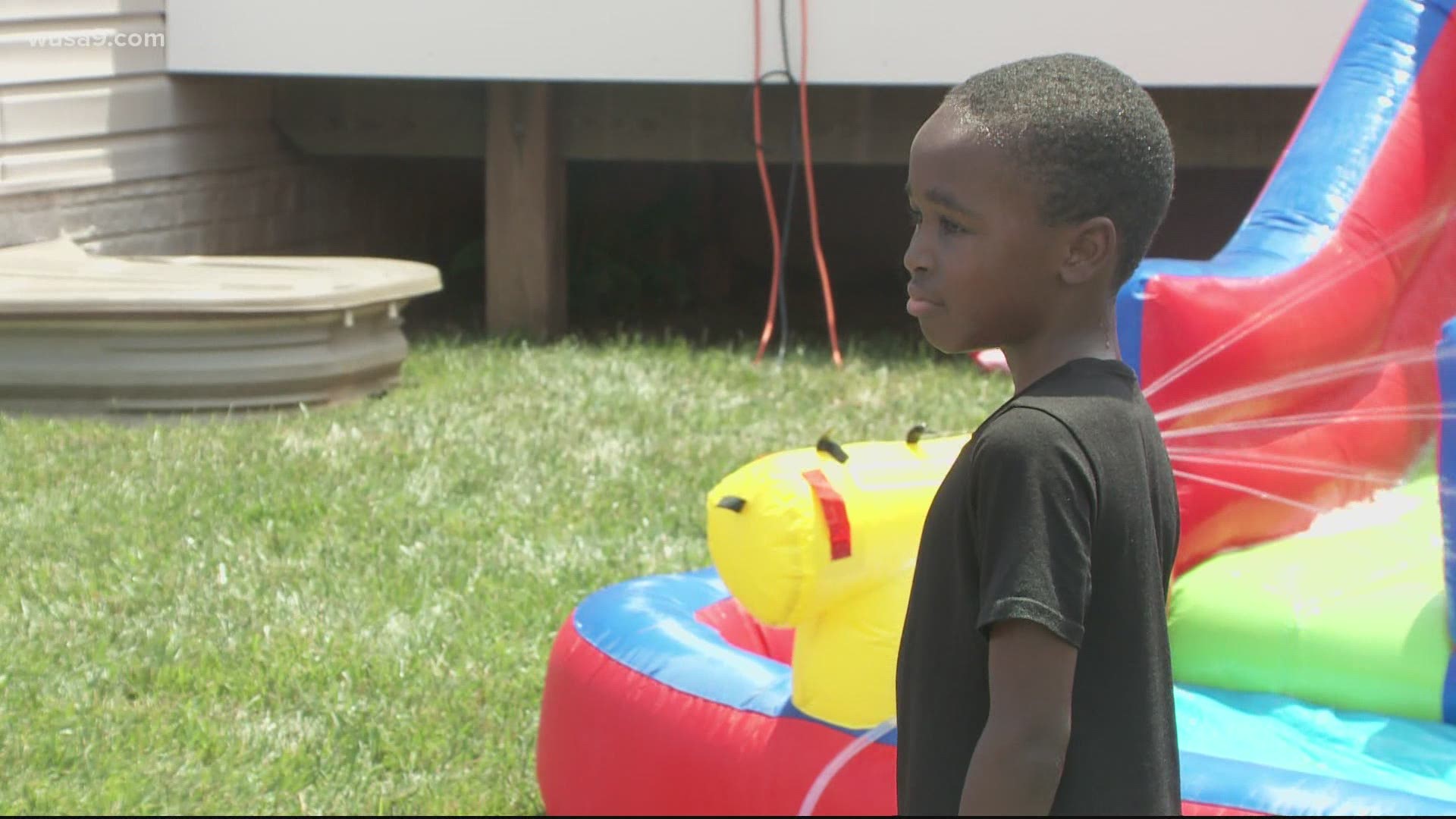 All 7-year-old Jacob Newkirk ever wanted was an inflatable water slide.

The Make-A-Wish Foundation’s Mid-Atlantic chapter made that wish come true for the sickle-cell disease patient. But his dream was crushed when the slide was stolen from his Clinton home last week.

Jacob’s mother, Melanie Conrad-Newkirk, said she was disheartened about the robbery and demanded answers.

"I just felt very violated,” Conrad-Newkirk said. “I didn't really know what to do.”

Conrad-Newkirk filed a complaint with Prince George’s County Police Department, and she said two officers showed up at her door 10 minutes later. The officers patrolled the neighborhood with her and asked neighbors for any video surveillance footage.

“It’s not that they stole property, they stole this young man’s wish," Lt. Jakob Wolford said.

Wolford worked with Conrad-Newkirk to install cameras and other security measures to help the family feel safe again.

About a week later, Conrad-Newkirk said she received an unexpected call from Make-A-Wish that the gift would be replaced free of charge.

“I just was overwhelmed because I didn't know,” Conrad-Newkirk said. “I didn't think that that would happen.”

Conrad-Newkirk said Jacob’s original wish to the organization was the slide, but the family was also gifted an outdoor trampoline, following the slide theft.

She said both contributions have made a huge difference not only for Jacob, but for his younger siblings as well.

Credit: Melanie Conrad-Newkirk
Jacob Newkirk during his Make-A-Wish celebration with his younger sisters, Jayce and Janae.

“It helped us feel like our three kids could really have an exceptional summer,” Conrad-Newkirk said.

As of July 7, there have not been any updates on suspects or leads, though Conrad-Newkirk said officers did come by to check the home’s security system. She said the department has also enlisted an officer to search third-party reselling websites such as eBay and Craigslist to see if the missing slide appears online.

“I grew up in a neighborhood [where] nobody ever cared enough to do anything like that,” Conrad-Newkirk said.

For Lt. Wolford however, this was personal.

Conrad-Newkirk, a mother of three, said she is grateful for both the Make-A-Wish Foundation’s Mid-Atlantic Chapter and the Prince George’s County Police Department for their thoroughness. She added her kids are looking forward to the slide once again.

“I get to tell this story to my son over and over again about the correct way to get help when you need it,” Conrad-Newkirk said. “Things really do work out.”

The new water slide is set to be delivered to the family’s home on Friday, Conrad-Newkirk said.

The Make-A-Wish Foundation was created in 1980 and is headquartered in Phoenix, Arizona. The foundation currently has 60 chapters around the world, according to its website.  Make-A-Wish is best known for granting wishes to children between the ages of two-and-a-half and 18 that have been diagnosed with critical illnesses.

The Make-A-Wish Foundation had not responded to WUSA9's requests for comment at the time of publication.