Detectives searching for Katelin Akens, 19, say her stepdad stopped cooperating years ago. Could a billboard convince him to help find her? 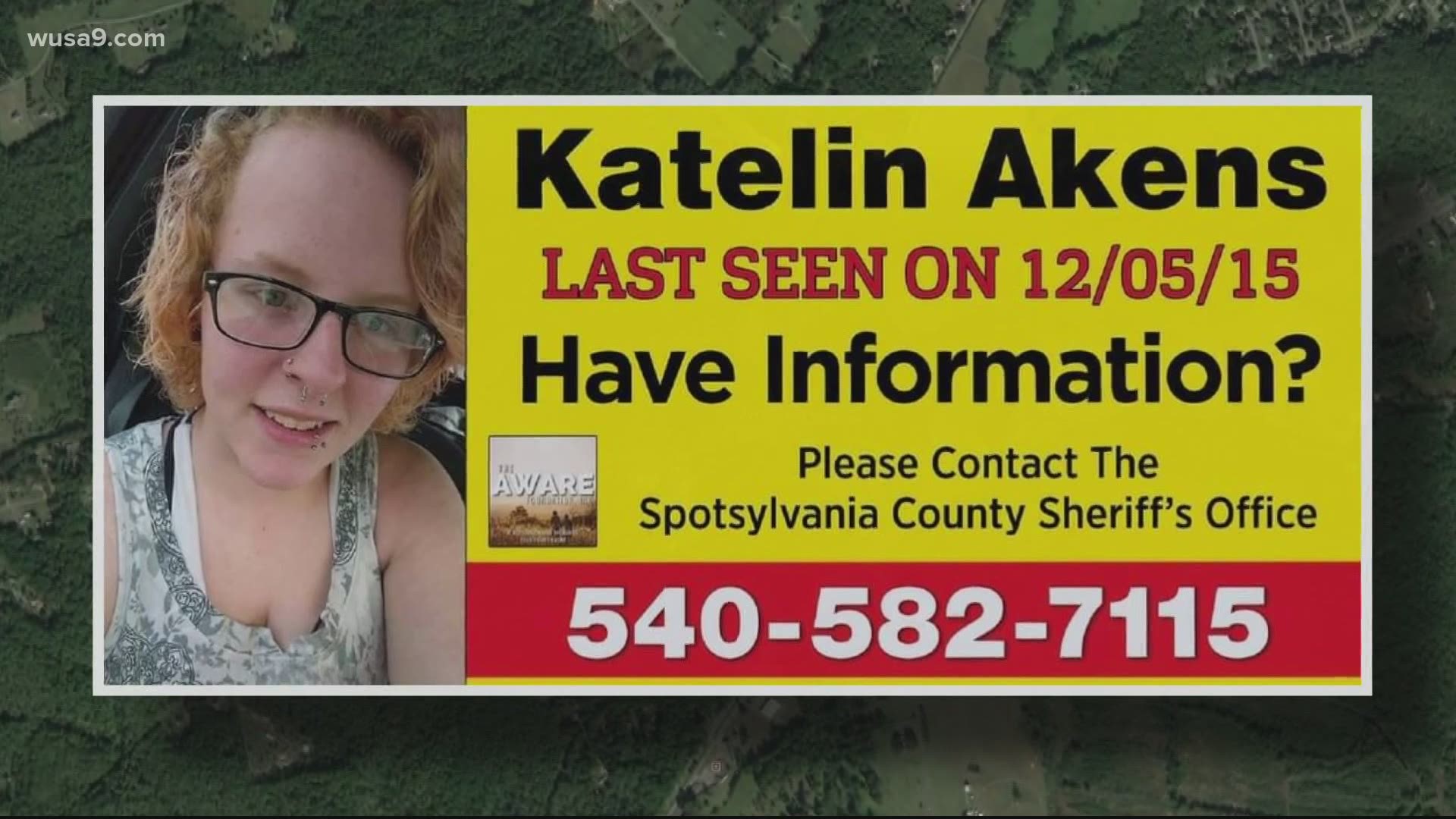 SPOTSYLVANIA, Va. — It's a tactic straight out of the Oscar-winning 2017 movie "Three Billboard Outside Ebbing, Missouri."

The Aware Foundation for missing people is installing a billboard on James Branton's route to work, hoping to embarrass him into cooperating with investigators trying to figure out what happened to his step-daughter, Katelin Akens, 19.

Akens disappeared on Dec. 5, 2015. Her mother had dropped her off at Branton's home, and he said he'd drive her to Washington-Reagan National Airport, 80 miles north, for a flight home to her fiancé' in Arizona. But Akens never got on the plane. And no one detectives have found, has seen her since.

Akens' mother, Lisa Sullivan, said even if they could just find her daughter's body, it would offer a small measure of comfort.

"At least I'd know she was dead. I wouldn't have to worry about it anymore. 'Where is she?' Not knowing is the worst," she said.

Akens flew home to Virginia just after Thanksgiving in 2015 to see her newborn nephew. He's five now. "'When are we going to find her, he asks," said Sullivan. "And it's hard to tell a five-year-old."

Branton texted Sullivan the day Akens disappeared that he dropped her at the Springfield Metro Station, so she could take the Metro to Reagan from there.

Just before 2 p.m., someone texted from Akens' phone that "I'm at the airport. The battery dying ... so won't be able to text for a bit. "And that's 2 o'clock and I can tell you her phone was never there at 2 o'clock," said Spotsylvania County Sheriff's Office Det. Sharon Williams, in an interview in 2018. "Her phone was in Fredericksburg, it was in Spotsy. And it never went farther north than Stafford," said Det. Willams.

At 7:15 that night, Katelin, or someone on her phone, texted her mother: "I'm staying with a friend. I need some time alone"

"Call me," her mother wrote. "I am very worried about you. Please call me."

Two days later, a highway worker found her suitcase tossed in a ditch, her wallet and ID inside.

"I just want her back. We all miss her," said Sullivan.

Detectives said Branton stopped cooperating years ago. He did not return our phone calls either.

So now The Aware Foundation is putting up the billboard on Rt. 301 between his home and his work. "Seeing her face up there, I'm hoping he sees it. And has to think about that every day," said Sullivan.

It's rare for authorities to bring murder charges without a body, and Det. Williams said they still don't even have solid evidence even of a crime.

But investigators are still working this case hard, and they're hoping the new billboard helps break it.