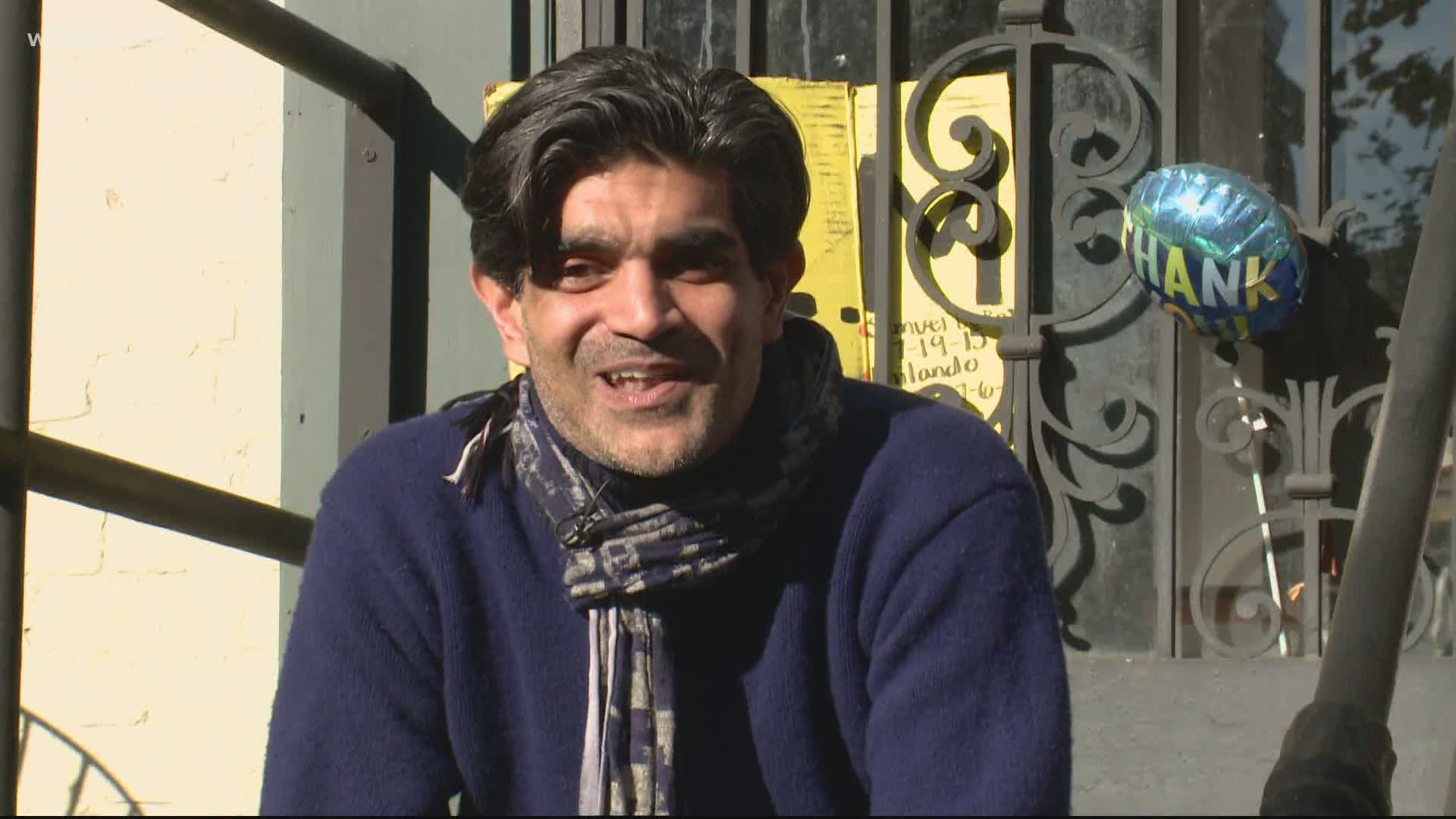 WASHINGTON — Faced with a mass of protestors and police last June, Swann Street resident Rahul Dubey sprung to action. He invited more than 70 demonstrators into his home to protect them from harm's way.

Now, Dubey is featured among TIME Magazine's "Heroes of 2020," hailed as "The Man Who Gave Shelter to Those in Need."

It's an honor he said he proudly shares with the protestors.

"It means a lot that TIME Magazine has recognized us as heroes of the year," Dubey said. "But it is a collective and I'm grateful for that."

"It puts D.C. back as a reminder of what this city is," he said. "Not just politicians and bureaucrats, but people driving change."

RELATED: Caught in the 'kettle:' The inside story of Swann Street 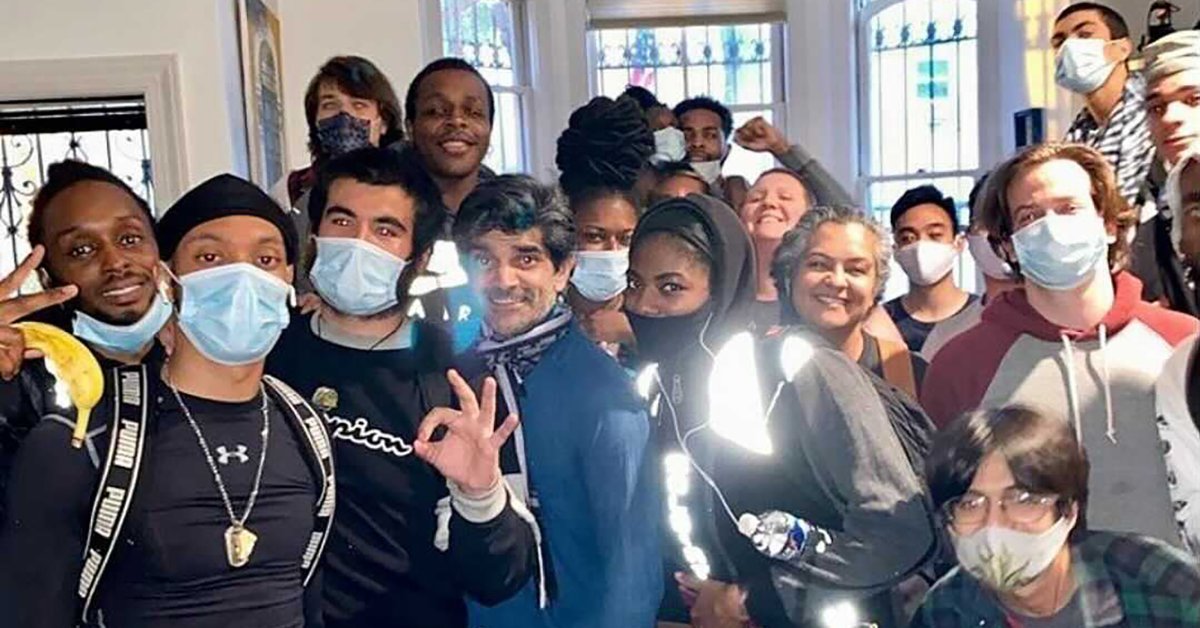 Rahul Dubey: TIME's Heroes of 2020
On June 1, as demonstrators filled the streets of Washington, D.C., to protest the killing of George Floyd, Rahul Dubey was at his home, not far from the White House. After a 7 p.m. curfew, he noticed crowds in the street outside: police had set up barricades seemingly to trap protesters, and were pepper-spraying those who remained.

And months later, he said protestors are still thanking him for what he did.

It wasn't just the gesture, but also what his refuge protected them from. According to DC Police Chief Peter Newsham, 200 protesters were arrested that night.

Many have since questioned D.C. Police's use of chemical agents like pepper spray and aggressive military tactics in their attempt to control protesters.

Both Dubey and the protesters who stayed with him said D.C. Police sprayed pepper spray into the home, through the window, while they were inside.

One Swann street couple, who had a birds-eye view of the night, gave WUSA9 exclusive video that shows exactly how D.C. Police used military tactics to pin protesters into Swann St., which lead to 200 arrests.

"You could see a very clear strategy by the police to corral the protesters because the police were coming from all directions," Logan Circle resident Julian Hunt said. "They were running down Swann Street. They had blocked the protesters on S Street. They were pushing them down 15th Street. And they all converged on this corner."

"From Argentina, I know exactly the strategy of the police," Hunt's wife, Lucrecia, told WUSA9. "When they try to…you say.. box in."

The Hunts live on the corner of 15th and Swann Steet in NW. When the stand-off between D.C. Police and protesters started to escalate, they had a front-row seat.

"These kids were 20-30 and I tell you they were not aggressive," Lucrecia said. "There was no violence at all." 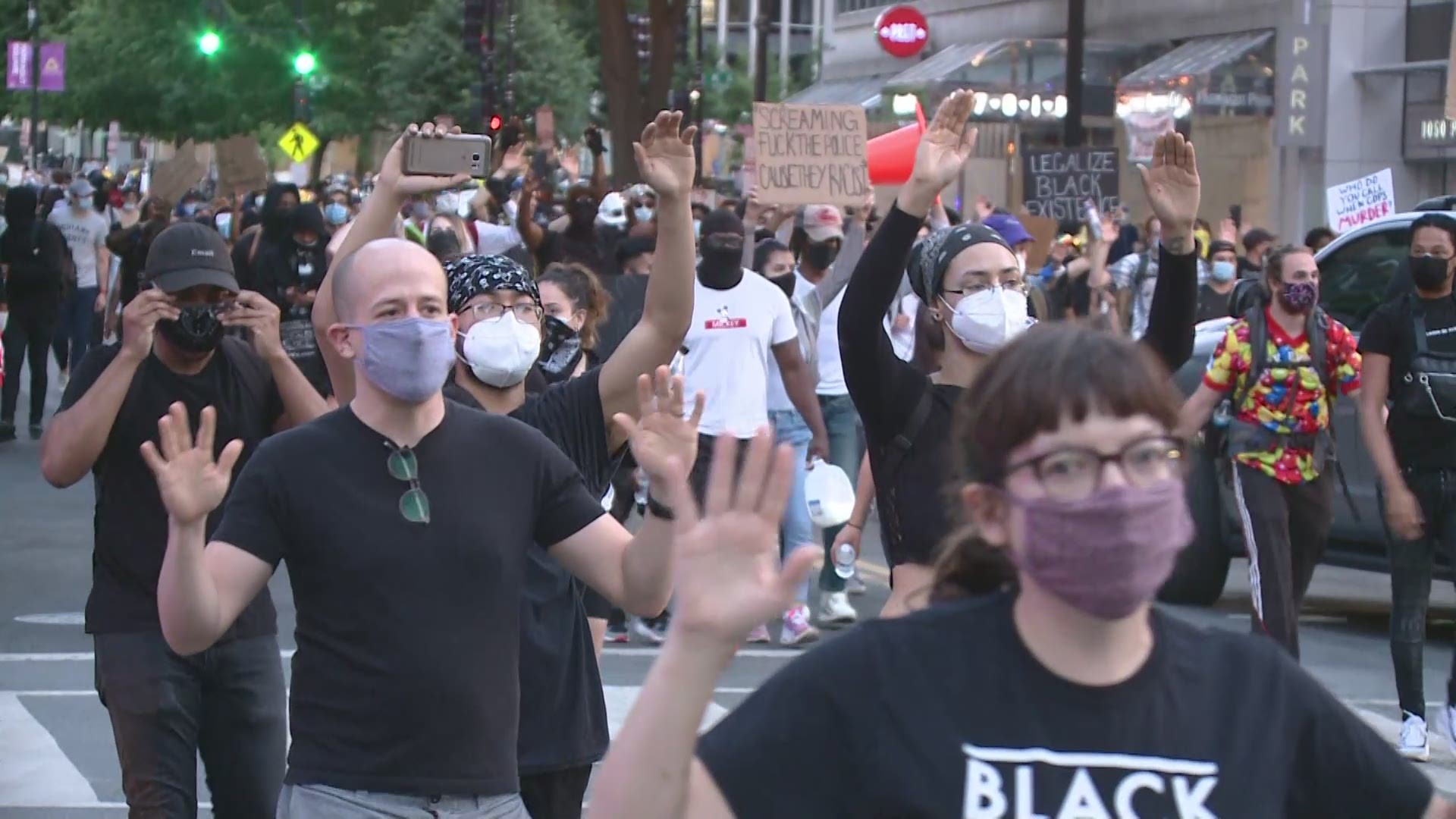