Flooding threatens one-quarter of America's most important infrastructure sites, according to a new report

Science and technology non-profit First Street says millions of homes, hospitals, and roads are at risk of high water, including many in our region. 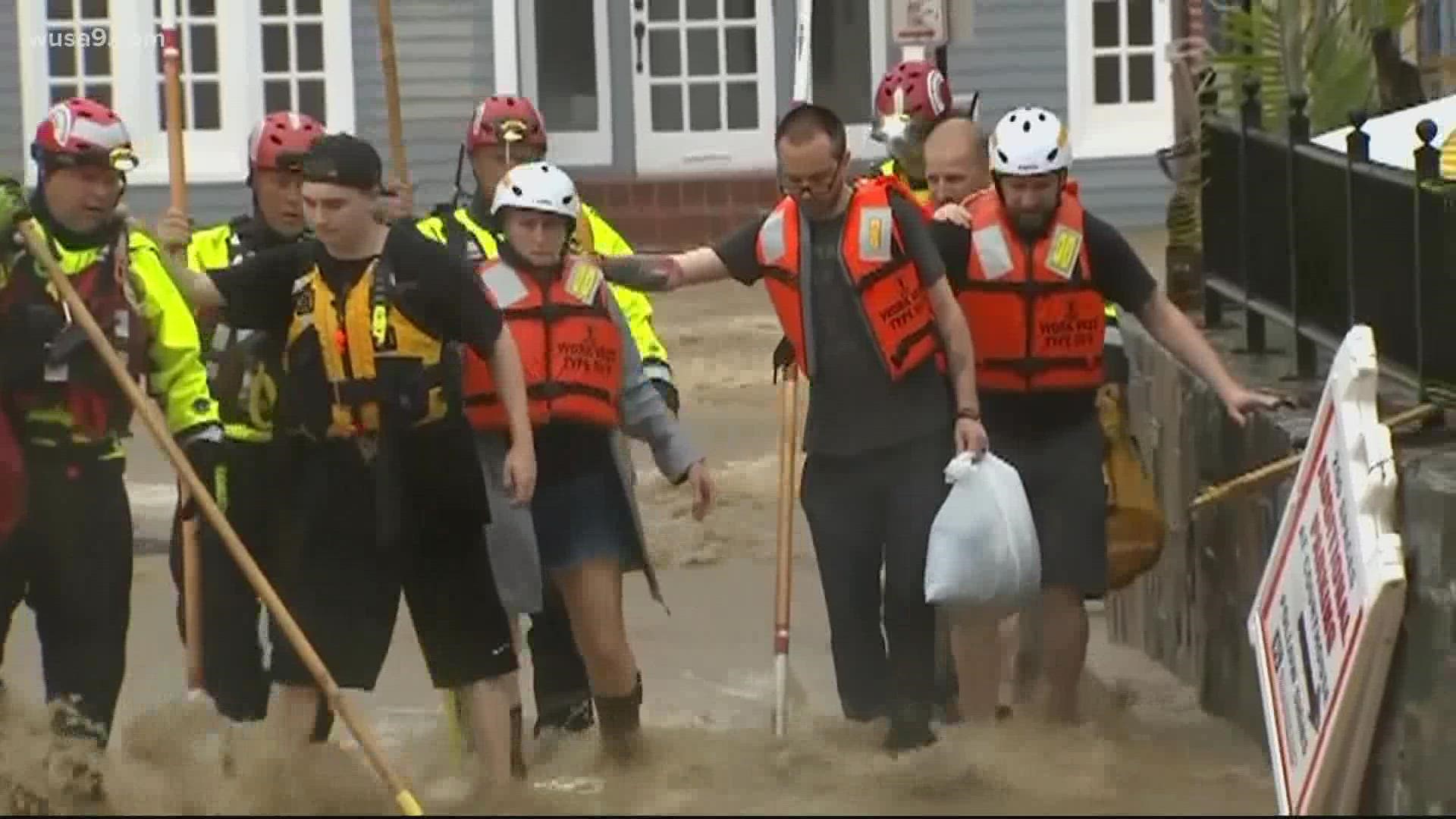 ALEXANDRIA, Va. — The D.C. region has been hammered by flooding. Now, a new national risk assessment from the science and tech nonprofit First Street Foundation finds "Infrastructure on the Brink."

The report found a nearly a quarter of the nation's roads, 12.4 million homes, and 25 percent of critical infrastructures like airports, hospitals, police stations and superfund sites, are at risk right now of water so high they'll become unusable.

"The thing that scares me the most is that that last category the critical infrastructure category is the one that has the most risk, the things that you don't want to flood because you need them for your community's survival," said Matthew Eby, founder and executive director of First Street.

Six jurisdictions in Virginia and one in Maryland are among the top 20 expected to see the greatest increased risk in the next 30 years, as seas rise and climate change makes storms more severe. Norfolk is number one, followed by Portsmouth at number two, Hampton at number four, Poquoson at number seven, Matthews County at number eight, Talbot County, Maryland at number 16, and Virginia Beach at number 19.

You can plug your own home into Flood Factor and see if it's flooded in the past or is at risk in the future.

Dominion Mill Drive along the Cameron Run in Alexandria is pinpointed as one of the places with extreme risk, with damage to homes there over the next 15 years forecast to run as high as $118,000.

"So we're raising upwards of $280 million over the next 10 years to work on these projects," said Brian Rahal, the city's floodplain manager.

Experts say there are things you can do to reduce your risk, from re-grading your property to pushing government officials to build in more resilience.

And in Congress, both the infrastructure bill and the reconciliation package include some measures to help.