A Yellow Weather Alert was issued Thursday. Showers are expected to lighten up after 8 p.m. 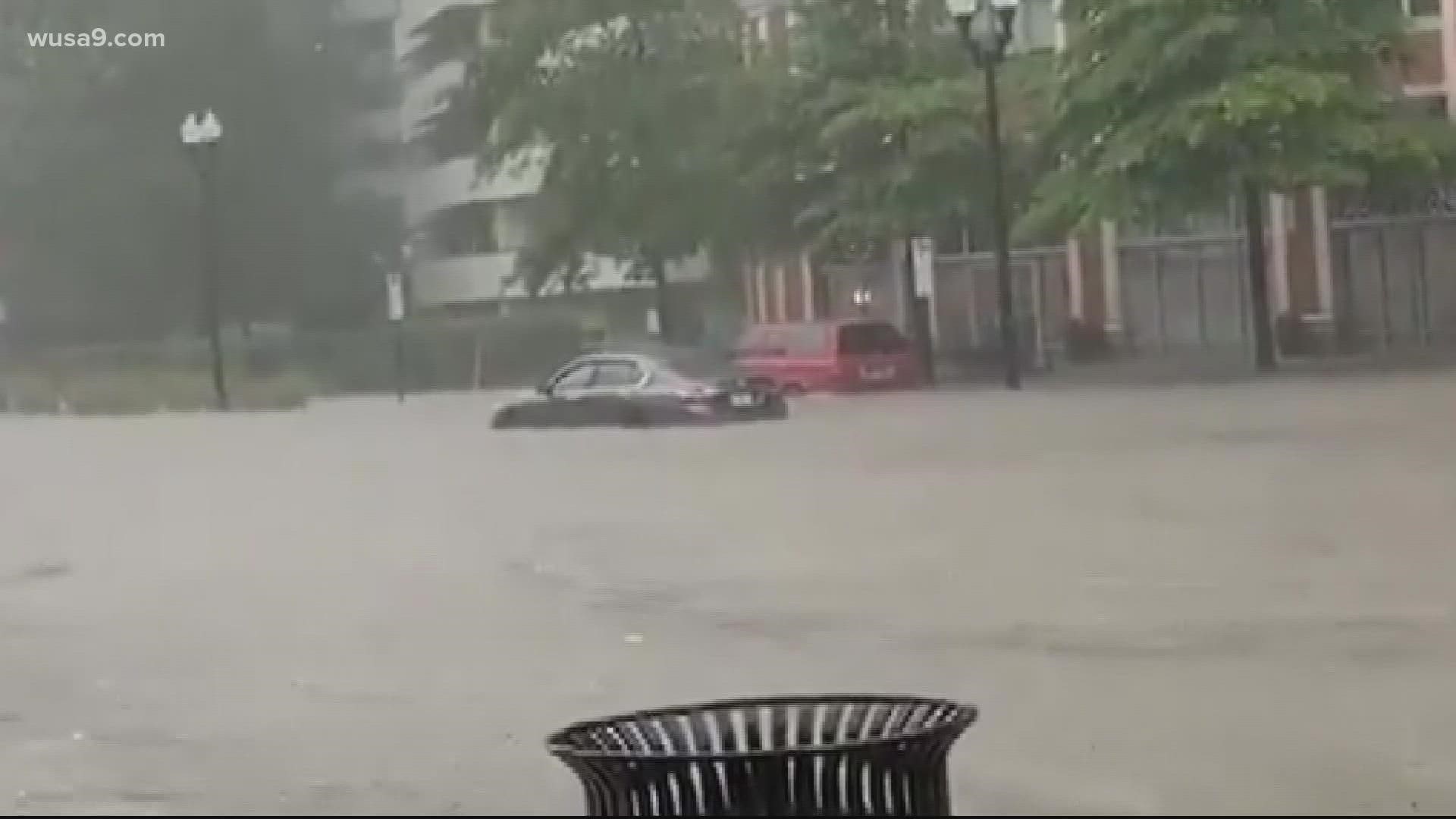 A Yellow Weather Alert was issued Thursday. Showers were expected to lighten up after 8 p.m.

According to Fairfax County Police, three calls for stuck vehicles were reported on Prosperity Avenue, Terrell Street and Rolling Road. Three people were rescued from their cars.

Prosperity Avenue was closed between Leroy Place and Route 50 due to the high level of water on the roadway.

Videos posted to Twitter Thursday showed the extent of the flooding in Arlington.

Insane flash flooding earlier this afternoon at Columbia Pike and S Greenbrier St in Arlington. A car was stuck in the middle of the floodwater. @wusa9
🎥: Edgar Sabalu pic.twitter.com/rpTxuClv5Q

"It was crazy, really crazy," Sabalu said. "There were even waves."

After a car was stuck in the flooding, Graciela Quinteros who owns it says she was stranded in the water. Arlington firefighters responded and helped push the car out of the way. She told WUSA9 she was driving down Columbia Pike slowly when the car stopped running and water started rushing in. Her family later joined her to help clean her car from the floodwater.

Just spoke to the woman who was stranded in the water on Columbia Pike and had to be pulled out by @ArlingtonVaFD. She admits she underestimated how high the water was. She’s now trying to get rid of the water that’s accumulated inside her car. @wusa9 pic.twitter.com/v3FSsvawOw

A dental hygienist in Arlington sent a video of the floodwater approaching his office in Columbia Pike to WUSA9's Matthew Torres. The business was forced to close as they cleaned up the water that had seeped through. Other businesses were forced to shut down as well as crews spent most of the night cleaning up the mess.

A dental hygienist sent me this other video of the flash flooding in Columbia Pike in Arlington. Their business had to close today as they clean up the water that seeped through. Other businesses are having to do the same thing. @wusa9 pic.twitter.com/HkHOdBOLlL

Parag Nathaney lives next door to the intersection and is thankful his apartment did not get flooded. It was a different scenario one month ago when floodwaters damaged his first-floor unit.

He blames part of the problem on the drains' inability to withstand the magnitude of the runoff. Nathaney continues to urge county leaders to solidify plans to mitigate flooding concerns in the future.

WATCH NEXT: The DMV had more severe thunderstorm warnings than any other part of country | Weather 101

The National Weather Service has issued 516 warnings since January. 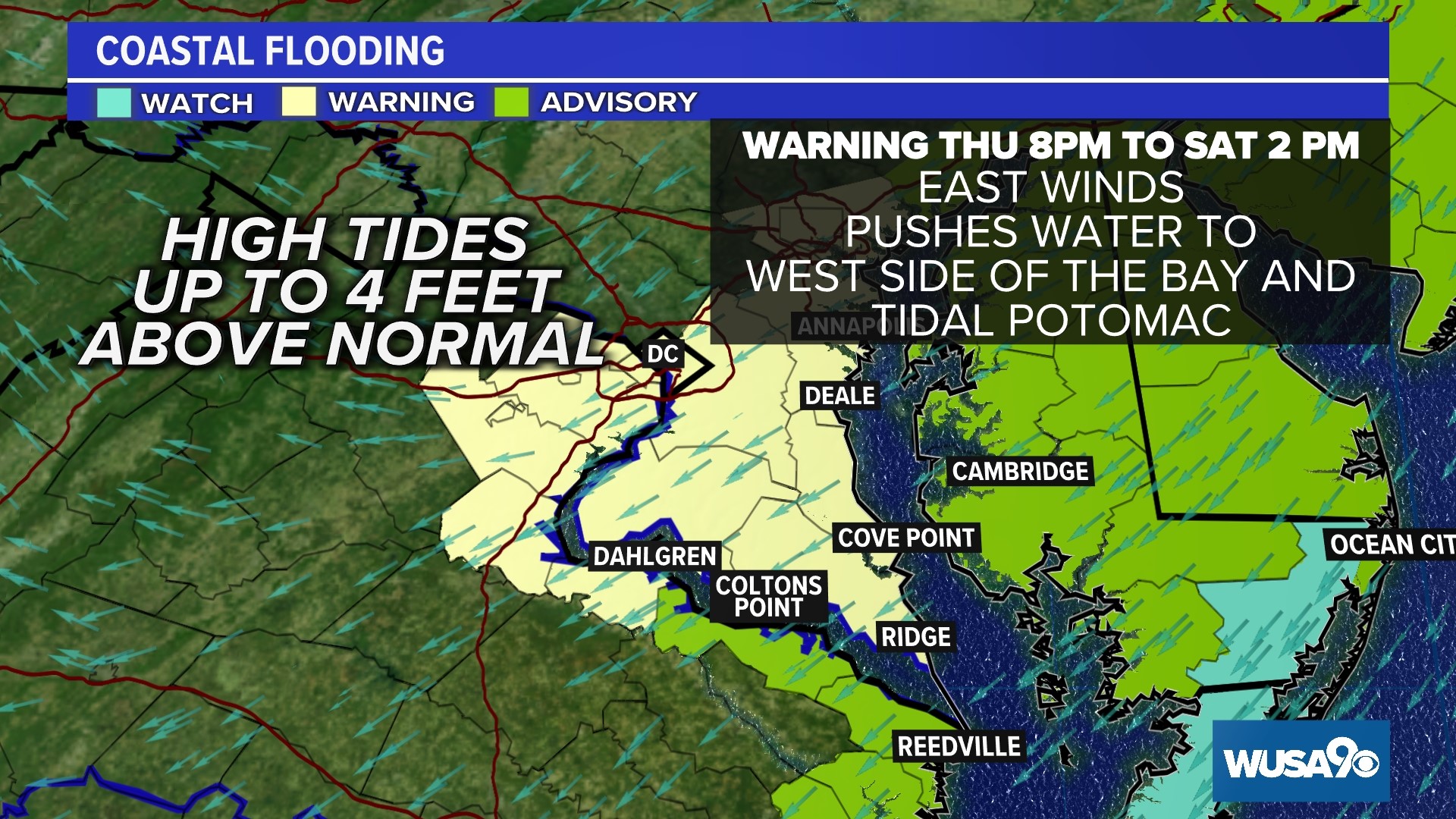 Pleasant, cloudy Thursday ahead of strong to severe storms Friday