Across the country, thieves have attacked people to steal their dogs, and advocates say our region has seen an uptick in dognappings. 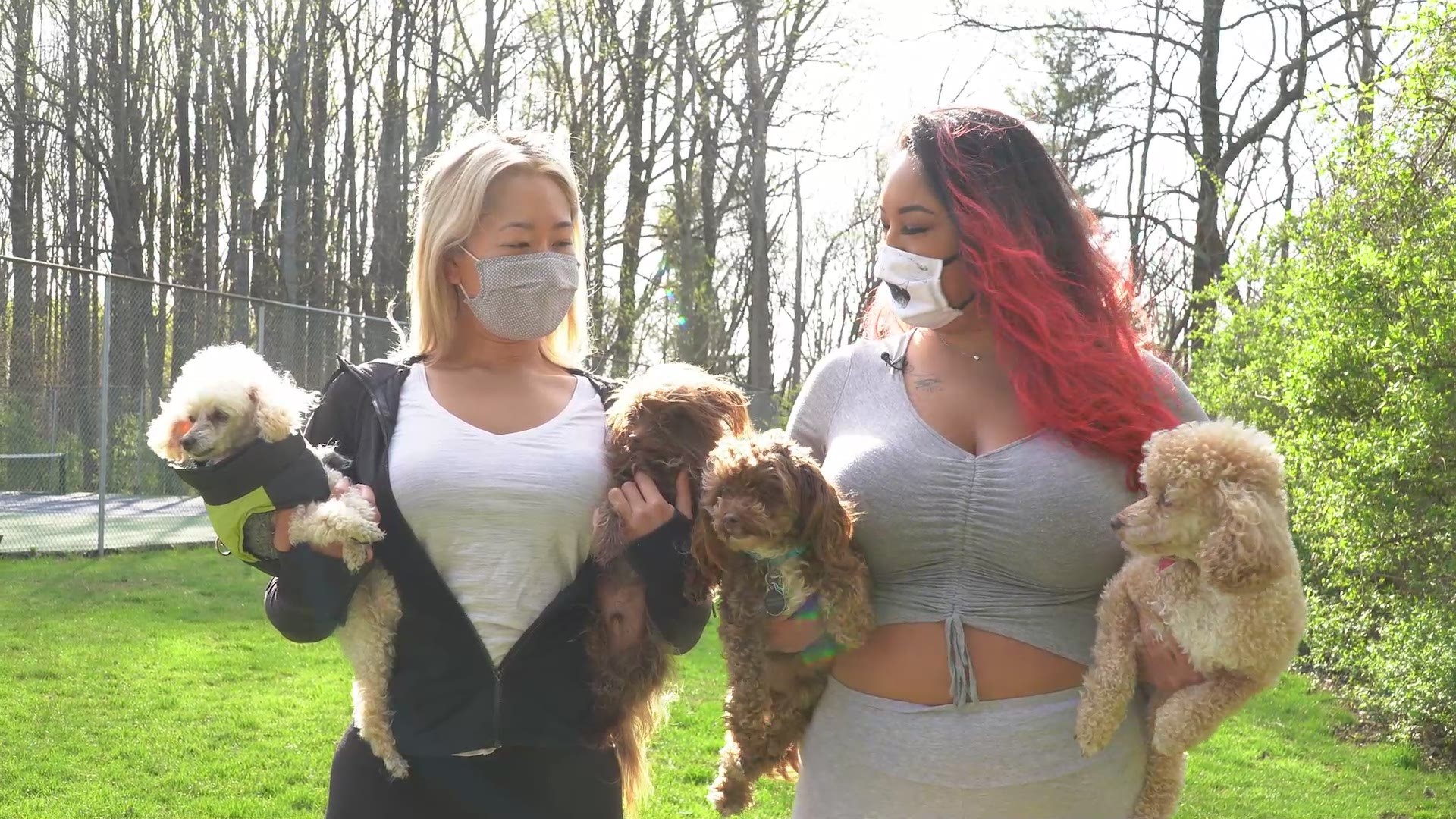 BETHESDA, Md. — As if one more negative consequence of COVID needed to surface, data now shows a significant uptick in dog thefts -- even brutal dognappings -- by crooks taking advantage of the increased demand for companionship during the pandemic.

In Bethesda, sisters Taylor and Phoenix Paez love dogs so much they have four.

They have a fifth dog too, but they've been desperately searching for their Chihuahua -- Cha Cha -- since she slipped her leash on a walk just before Christmas a little over a year ago.

They spent months putting up $1,000 reward posters and searching the area, but they suspect Cha Cha was stolen. Shortly after she disappeared, someone called and said they'd seen two people running away from the tennis courts off Tuckerman Lane, carrying a dog that looked like Cha Cha.

"Right after we lost ChaCha, we actually lost our mom, so it was just heartbreaking," Phoenix Paez said, a tear rolling down her cheek.

RELATED: Man's dog stolen while on a walk, but robber claims to be dog's owner, police say

Credit: Bruce Leshan
Sisters Taylor and Phoenix Paez are still searching for Cha Cha, their cute Chihuahua, who they believe was stolen in North Bethesda before Christmas just over a year ago.

The late February attack on pop star Lady GaGa’s dog walker, and the abduction of her two French bulldogs, was just one incident in what advocates said is a surge of violent thefts of small dogs with big price tags.

In San Francisco, police said dognappers left Sarah Vorhaus beaten and bruised in January as they made off with her beloved Chloe.

“Chloe was my emotional support, and not having her... during the hardest time of my life has been really tough,” Vorhaus, who is offering a $20,000 reward, no questions asked, said.

French bulldogs like Chloe can sell for thousands of dollars.

"I wake up every single morning, the first thing I think about is Chloe," Vorhaus said.

At the SPCA of Anne Arundel County, the manager said a thief was not content with just one dog -- he wanted a whole kennel, breaking in, opening cages and making off with Maxxi; thankfully, the lab mix has since been found and returned.

Sherry Webb and her tracking dog Tucker are working with an organization called Dogs Finding Dogs, to help recover some of these stolen pets.

"He wants to find this animal," Webb said as Tucker dragged her down Wilson Avenue in the Woodlawn area of Baltimore County.

Tucker's mission is to find a Yorkie named Gus, who disappeared from his backyard on March 29.

"Just imagine someone takes your child from you," Gus' owner, who asked WUSA9 to withhold his name because he's in law enforcement himself, said.

"They’re stolen for a number of reasons," she said. "One, they’re cute. Two, people need money. Three, you’ve got bait dogs for the bigger dogs -- they use them to train fighting dogs."

In most states, pet advocates said the law views dog theft as no different than stealing a couch. It's a misdemeanor with minor penalties, which makes numbers hard to track and often leaves victims with little hope but to offer a reward -- and hope for compassion.

"If I got her back, I would buy her a big steak and let her eat the whole thing," Taylor Paez said, still holding out hope someone will bring Cha Cha back to her.

Here are a few tips from Adopt a Pet and the AKC to avoid becoming a dog theft victime: