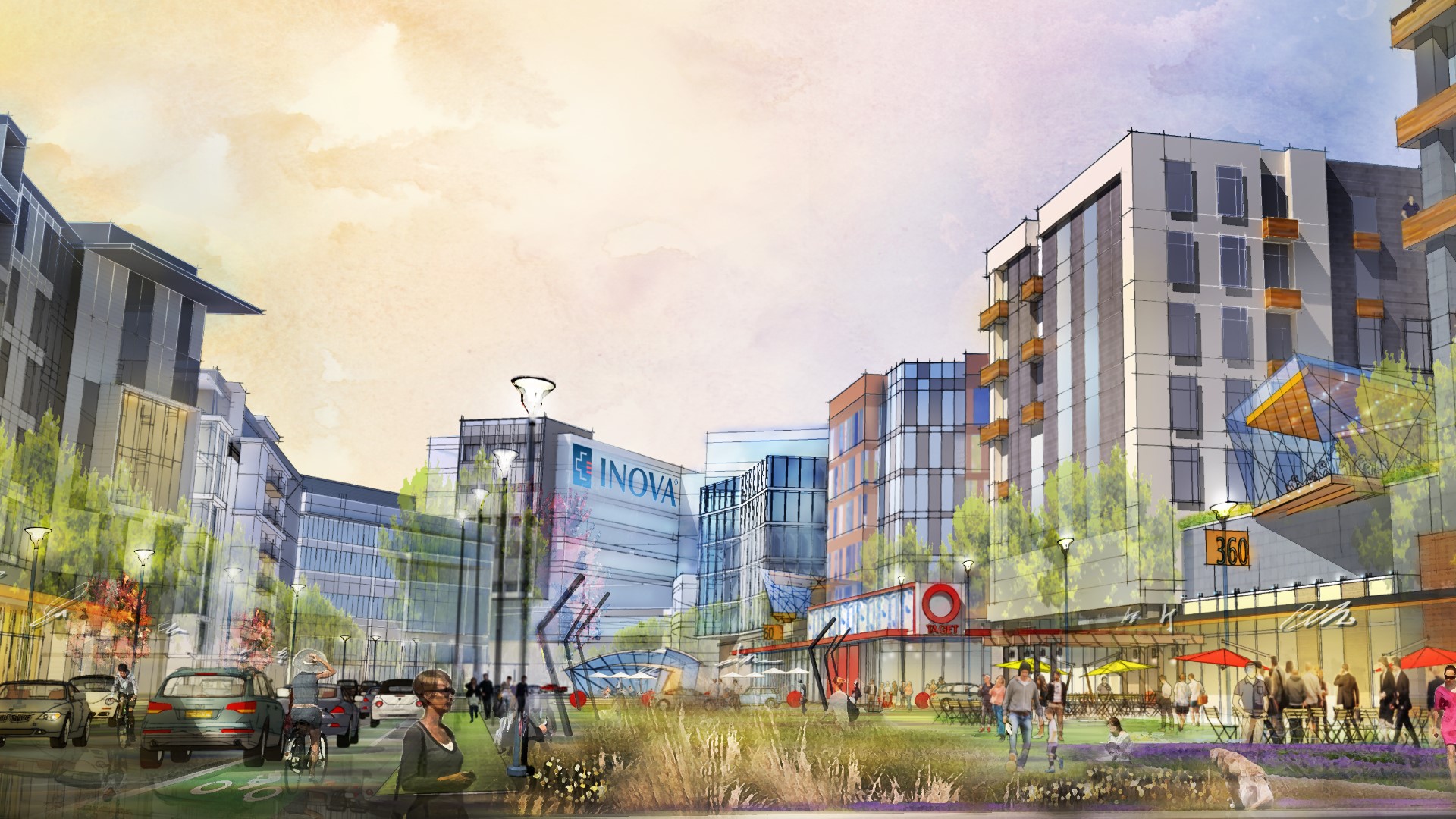 Construction on the $2 billion project could start as soon as 2023, with some of the buildings opening by 2025. The 52-acre site will include a new Inova Alexandria hospital, medical office buildings, multi-family residential units (to rent or to buy), retail, commercial and entertainment spaces, outdoor parks, a new fire station, affordable housing, and a new transit hub for the city's proposed rapid transit network and Metrobus, according to a news release from the city.

“Tonight’s vote by City Council helps cement the path forward for the Landmark site and the West End of Alexandria,” Mayor Justin Wilson said. “This long-anticipated project will not only revitalize a currently vacant site many had given up on and provide significant new economic activity, but will also be a catalyst for redevelopment and enhancements throughout the West End of our City."

The Landmark Mall closed in 2017 after its anchor tenants -- Lord & Taylor, Macy's and Sears -- all ran into financial trouble as shoppers moved online. The Howard Hughes Corporation first announced plans to redevelop it into an "urban town" in 2013.

It's since served as a place to house people without homes and as a COVID-19 testing site. It also was one of the locations used to film Wonder Woman 1984.

Wilson said plans to redevelop the site have never gotten this far before and seemed confident the project would actually get built.

"Inova can continue to provide world-class care to our community and to the region," Wilson said. "In addition, the much-needed mixed-income housing, new municipal facilities and services and new open space will come together at this site to support and enhance the health, wellness and quality of life of the West End and our entire community for generations to come."

The Landmark site, bounded by Duke Street. Van Dorn Street, and I-395 is one of the most desirable large-scale underdeveloped locations inside the Beltway, according to the city.

“Tonight’s approvals represent a critical milestone in the transformation of Alexandria’s West End,” Cameron Pratt, CEO of developer Foulger-Pratt, said. “We are grateful for the collaboration between Foulger-Pratt, Inova, and the City, as well as the trust placed in us by our partners – Howard Hughes Corporation and Seritage Growth Properties. We look forward to bringing this long-anticipated project to fruition."