Instead of letting some of the empty space go to waste, the mall's developer donated the Old Macy's to a local homeless shelter: the Carpenter's Shelter. 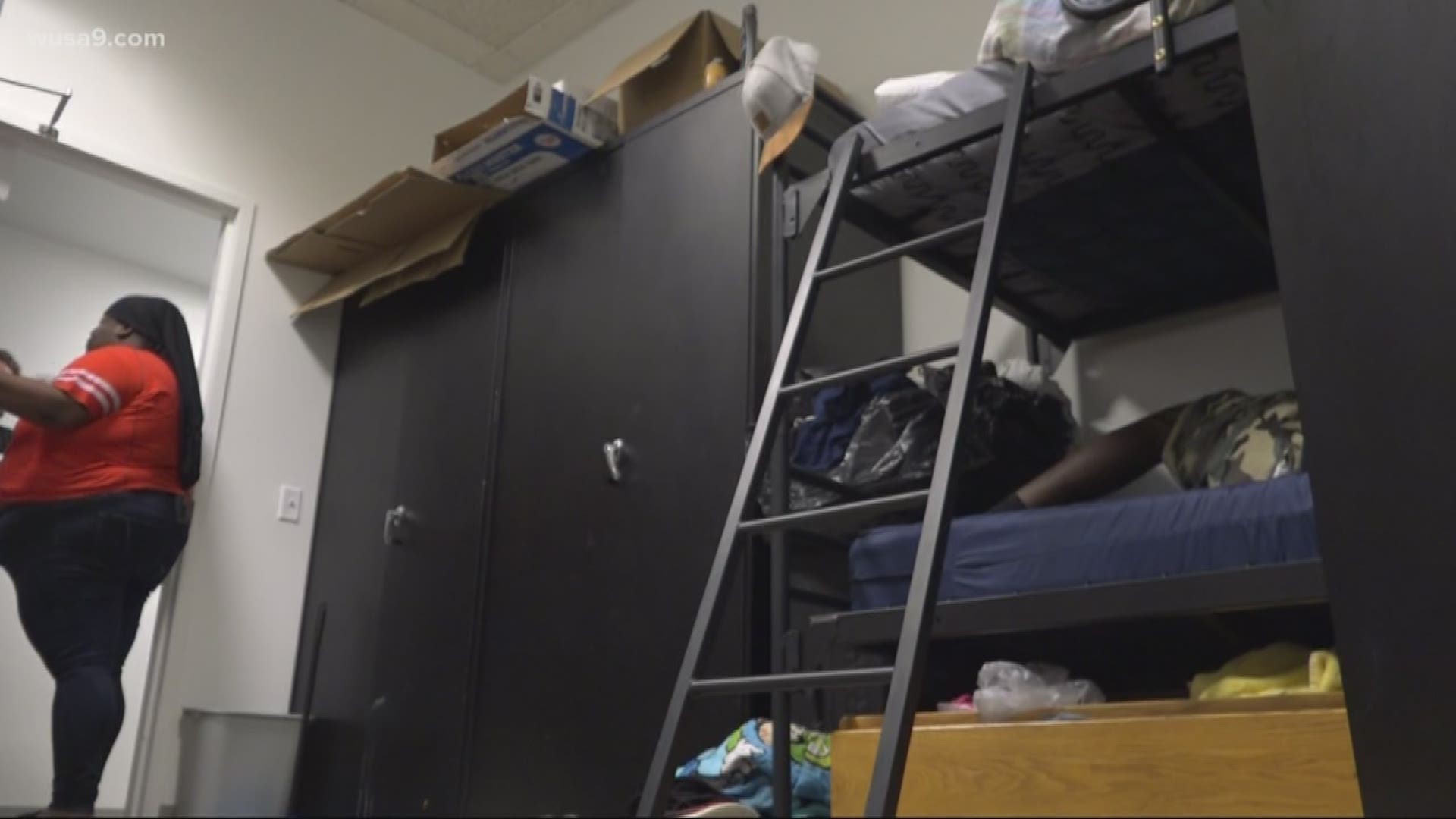 ALEXANDRIA, Va. - The Old Landmark Mall in Alexandria, Virginia has been shuttered for over a year now, with just one anchor store remaining--Sears.

But instead of letting some of the empty space go to waste, the mall's developer donated the Old Macy's to a local homeless shelter: the Carpenter's Shelter.

Shannon Commander has been living at the Carpenter's Shelter since 2012. She admits, being a single mom of three boys has been tough. Last week, the shelter moved into a temporary place as it rebuilds in Old Town Alexandria over the next 18 months. The temporary shelter is now inside the old Macy's. The Carpenter's Shelter sign is now on top of the old faded department store sign.

RELATED: Meet a Md. woman with a mission to feed homeless

"It actually made it livable for people, you wouldn't think that this used to be a Macy's!" said Commander.

This is what happens when need and generosity collide. The Howard Hughes Corporation, a nationwide developer, donated the space free of charge as they wait to get approval to completely overhaul the Old Landmark Mall.

RELATED: This teen used to be homeless. Now he's earned a full ride to Harvard

It's an old store that has become more than a home for 60 local folks, it's become a second chance.