From coming out to being HIV positive – Parents, son come to understanding 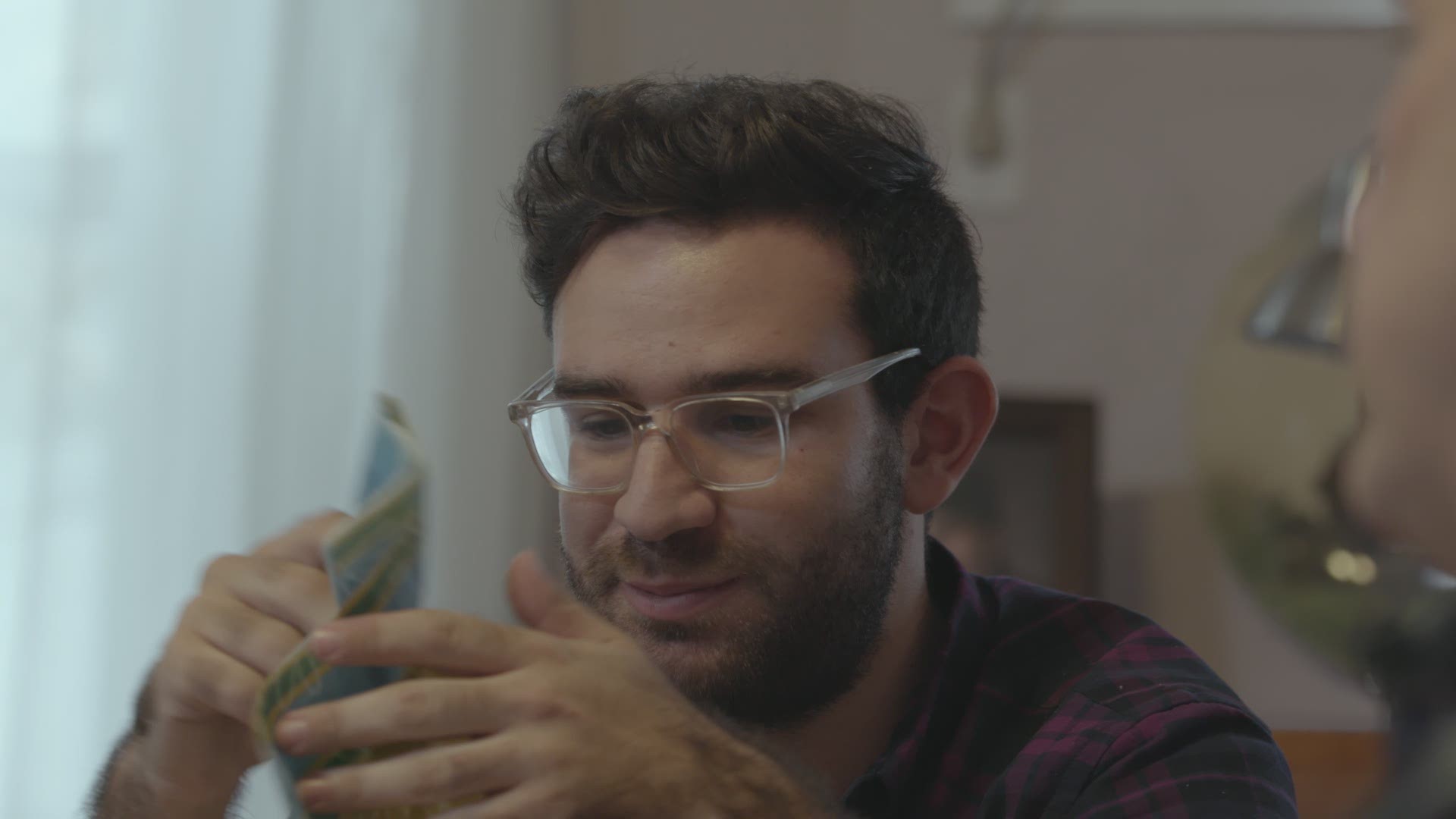 WASHINGTON — When Jake Wassermann came out as homosexual to his family, they were immediately supportive.

"Relatives and friends were calling us, privately, and saying, 'Are you OK?'" his father, Johnathan Wassermann said.

"And we would say, 'With what?'" his mom, Majorie chimed in.

"Yeah, what's there not to be OK with? We love him. What’s next?'" Johnathan said.

But Johnathan and Majorie never admitted to Jake that it hurt their feelings he came out on a Facebook post without telling them first.

As the family gathered together on a rainy afternoon to make their classic stromboli, they knew they would have to talk it out.

"I want to have an open and frank and honest conversation where they feel like they can say how they're feeling," Jake said.

Jake explained in the moment he posted about his sexuality on Facebook during high school, he just had to do it.

"For me, I was afraid to tell you in person. I saw that as my opportunity for my brain to catch up with my body," he said. "And I was like, I can't do it any other time. It has to be right now."

After high school Jake went to New York City for college – to the joint program between Columbia University and the Jewish Theological Seminary.

"Coming into New York, I felt like I grew into my gay identity a bit," he said.

His parents knew that was the case and were supportive but worried.

"He didn't tell us everything but … we knew he was uh, popular," his dad said.

Jake was the first to admit he was a little reckless.

"It definitely was on my mind that the way I acted could result in me getting sick in some sort of way, but that fear was never strong enough to stop me from doing what I was doing," he said. "The only kind of connection that I desired was physical connections. I found it more appealing to not know somebody. It made it easier to leave."

But it wasn't until he was diagnosed with HIV that he saw the repercussions.

"Coming out about having HIV, telling people that I'm HIV positive, was the one I struggled with the most I think," he said. "Yes, being gay has its stereotypes, but here to me, this felt like it was my fault."

RELATED: 'Some people don't make it home' | Veteran opens up about PTSD with her son for the first time

His parents were terrified. They had lost a lot of friends during the HIV/AIDS epidemic.

"That was difficult because mom and I grew up in the 70s and 80s where the HIV/AIDS diagnosis was pretty much a terminal end of life," Johnathan said. "We knew a lot of people, between us, who died."

His mom, Majorie, explained they had not realized how far science had come since then.

"In my mind, I saw pill boxes of things that he would need to take," she said. "We had no idea that HIV positive patient could live a good quality of life on one pill a day."

In the end, Jake said he realized his parents were just trying to protect and support him.

"I think as parents, who have been trying to protect me for so long, I want them to know that I'm OK, and that I’m grateful for the support they've always given me because I would not be OK without them," he said.

1. Grate 4 cups of mozzarella cheese and 1 cup of Parmesan cheese

3. Add pizza sauce and shredded mozzarella to one side of the dough

4. Fold one side over the other and pinch closed