Black Girl Tribe has been awarded a $100,000 grant from Nike to close the gap in sports for Black girls. 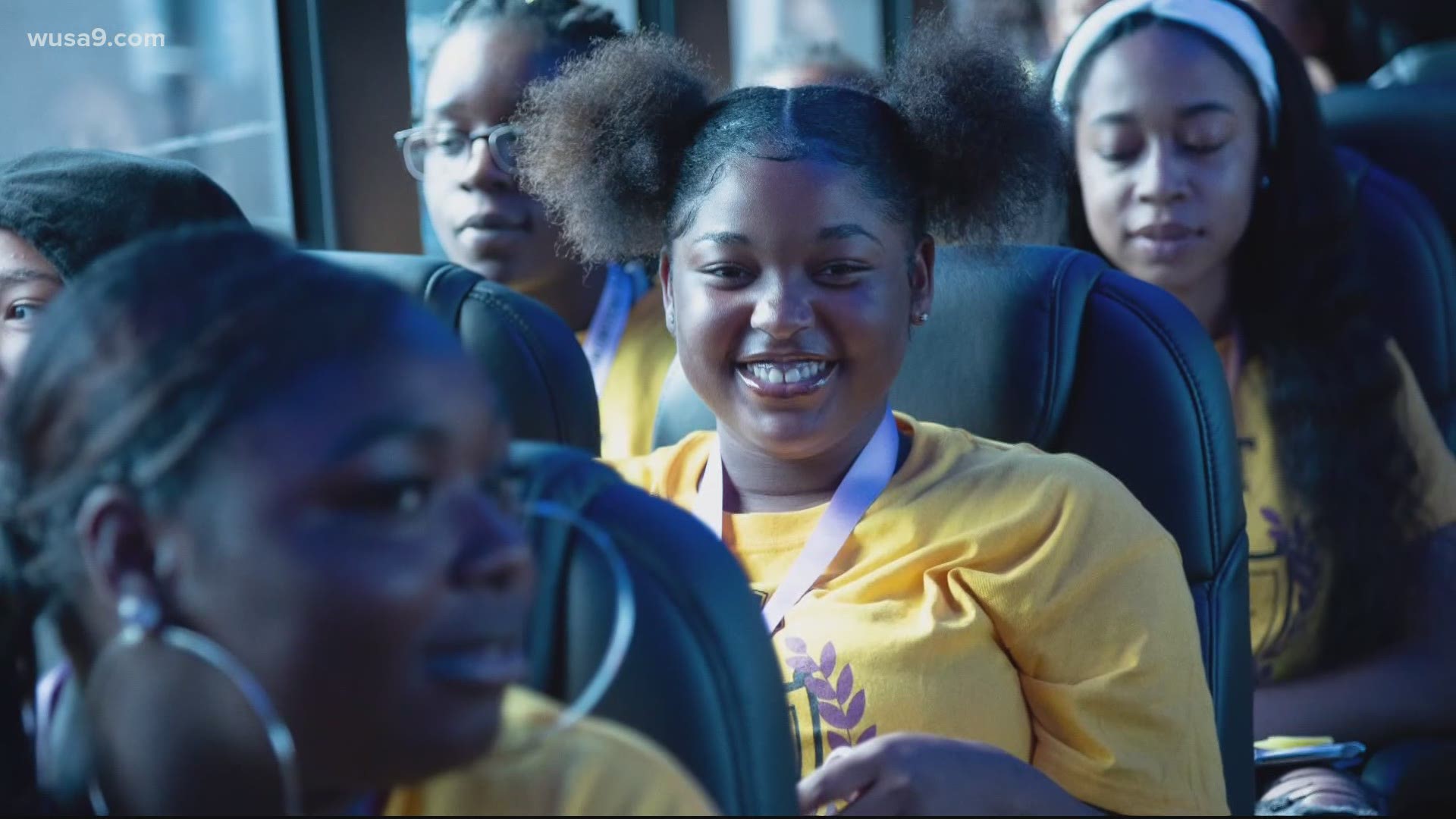 WASHINGTON — Black Girl Tribe is a nonprofit group founded in Washington, D.C. to change the narrative centered around young Black girls. The group was founded by D.C. native, Gabrielle Martinez. The group has expanded beyond the metro region and has members from all around the world.

“There was nobody being unapologetic about their service to a Black girl. So, that's what we wanted to do, we wanted to be the change we want to see in the world,” Martinez said.

The group is now the recipient of a $100,000 grant from Nike. The grant will provide resources for the girls to explore sports, competitively.

“By having this grant, we are eliminating that burden. We're bringing Black coaches, Black athletes, to come in and actually talk to the girls about joining those sports, what it takes, the history of those sports so that it's not just, we’re throwing them out there to the wolves. We’re actually trying to give them everything they need to compete and be athletes of the same level that other people are other demographics,” Martinez said.

#GetUpDC, This morning we're hearing about HUGE grant awarded to .@blackgirltribe and how it will impact girls in the #DMV and beyond! Make sure you tune into .@DCAllisontv's #GetUplifted segment today!! pic.twitter.com/FIZDxiIzBy

“Because it's a family. It's a sisterhood," Brisbane said.

It’s put her on several stages, to propel her voice. In 2019, Brisbane spoke at the March for Women Rally. In her speech, she discussed her desire to be allowed to be a young Black girl, without being over-sexualized, criticized, and stereotyped.

“If you're looking for sisterhood bond, if you need friends, a safe space to open up about things at home, or social issues, racial issues, if you feel the need to speak about injustice, you can always contact Miss Gabby,” Brisbane said.

Empowering the girls to embrace their individuality is one of the key focuses of the group.

“We do that by teaching reaching, inspiring believing and empowering Black girls in any way that they need to,” Martinez said.

They’re teaching their girls the value of self-love and the importance of having a tribe to support them along their respective journeys.

“We understand that being a Black girl is not monolithic, so therefore the way we serve black girls also cannot be monolithic," Martinez added.

Brisbane said being a part of this group has changed her life. She’s not exactly sure if she’ll delve into sports, she’s really keen on focusing on becoming a Forensic Anthropologist. But for girls who sometimes need more support or a tribe, she's hoping they'll consider Black Girl Tribe.

“It's just a good space, a good environment, that I feel like every child should have,” Brisbane said.

RELATED: Award-winning poet inspires DC students to use their words to change the world