How many buildings in DC were built by slaves? | The Q&A

We know of two. But with research ongoing, the answer could keep growing. 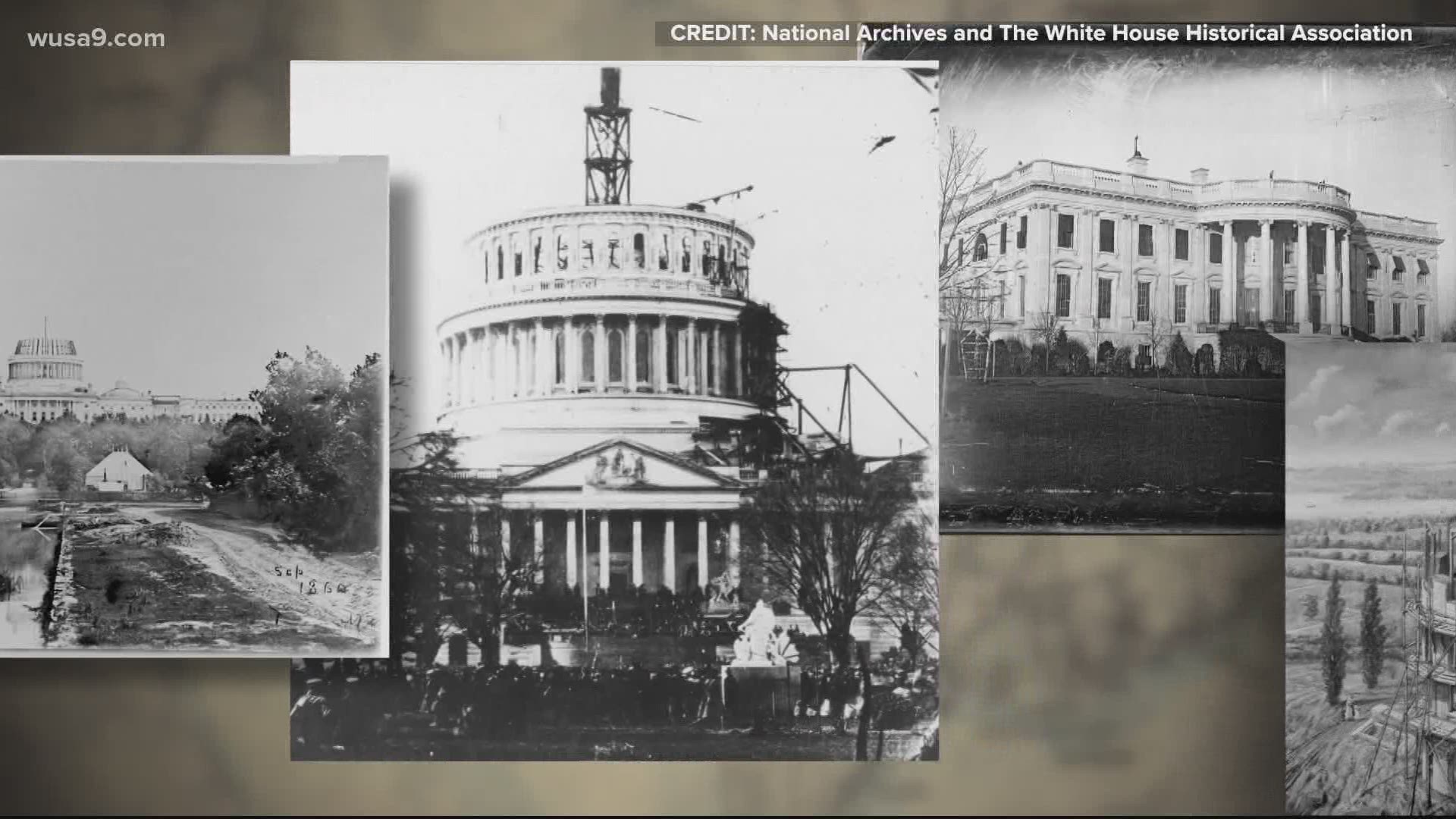 WASHINGTON — A viewer wrote to the Q-and-A team asking, "Which buildings and monuments in Washington, D.C. were built by slaves?"

A quick google search might give you an answer. The White House Historical Association has been putting in the work to address the executive branch's history with slavery and slave labor.

The receipts that show the government renting slave labor are posted publicly online.

Even the U.S. Capitol put up a commemorative marker in 2012 to honor the enslaved people who built a portion of the building in the 1820s.

But further than that, the truth is hard to uncover. We reached out to local historian Jesse J. Holland to dig deeper.

He told us that the White House and Capitol Building are the only buildings we know for a fact that were built by enslaved Africans.

"We have the receipts where slave owners were paid for the rental of their slaves to build those two buildings," Jesse told us. "Somehow, someway during the arc of history, this information got lost. Either because we didn't care to record it, or we were ashamed of it as we matured as a country."

Those receipts were found in the year 2000 -- 138 years after slavery in the district was abolished.

Evidence of the use of slave labor, like most historical facts, is hard to find.

"Well, history is actually hard work,"  Adam Rothman is a history professor at Georgetown University. "In looking for the history of enslaved people, you often have to comb through mountains of records to find the scraps of information that you're looking for."

Rothman works with the Georgetown Slavery Archive to dig through the school's archives to learn more about it's relationship to slavery. They've even uncovered bills of sale for slaves sold by Georgetown President Thomas Mulledy.

"We know that enslaved people worked here. They lived on and near campus, some died and are buried underneath the campus," Rothman said. "We've just learned a lot about all of the different dimensions of the ways that the school is connected to slavery."

So what about the Washington Monument? The first half of the monument was built between 1848 and 1854. Slavery in DC was abolished on April 16, 1862.

"It's almost beyond belief that a major monument like that in Washington, D.C. that was started before the end of slavery in Washington D.C., that slaves were not used at all." Jesse Holland said. But, all we have are our assumptions. "To this day, we have not found any written proof that slaves were used in the construction of the Washington Monument."

So right now, the only definitive answer we can give to this question is The White House and the U.S. Capitol Building. Adam and Jesse said that it's up to us to put in the work and be interested in what we find.

"I think this knowledge is really being uncovered," Rothman told us. "It's also disseminated in new ways so that people who are willing to learn can learn about it."

"One of the things that I tell people all the time is that American history is in your attic," Holland said the truth is in our records, our grandparents' papers, family Bibles, and old family books. "A lot of the history of our country is in those books. That's how we're going to find out in the future, more about the past."