Howard University is showing its appreciation for the former economics student. 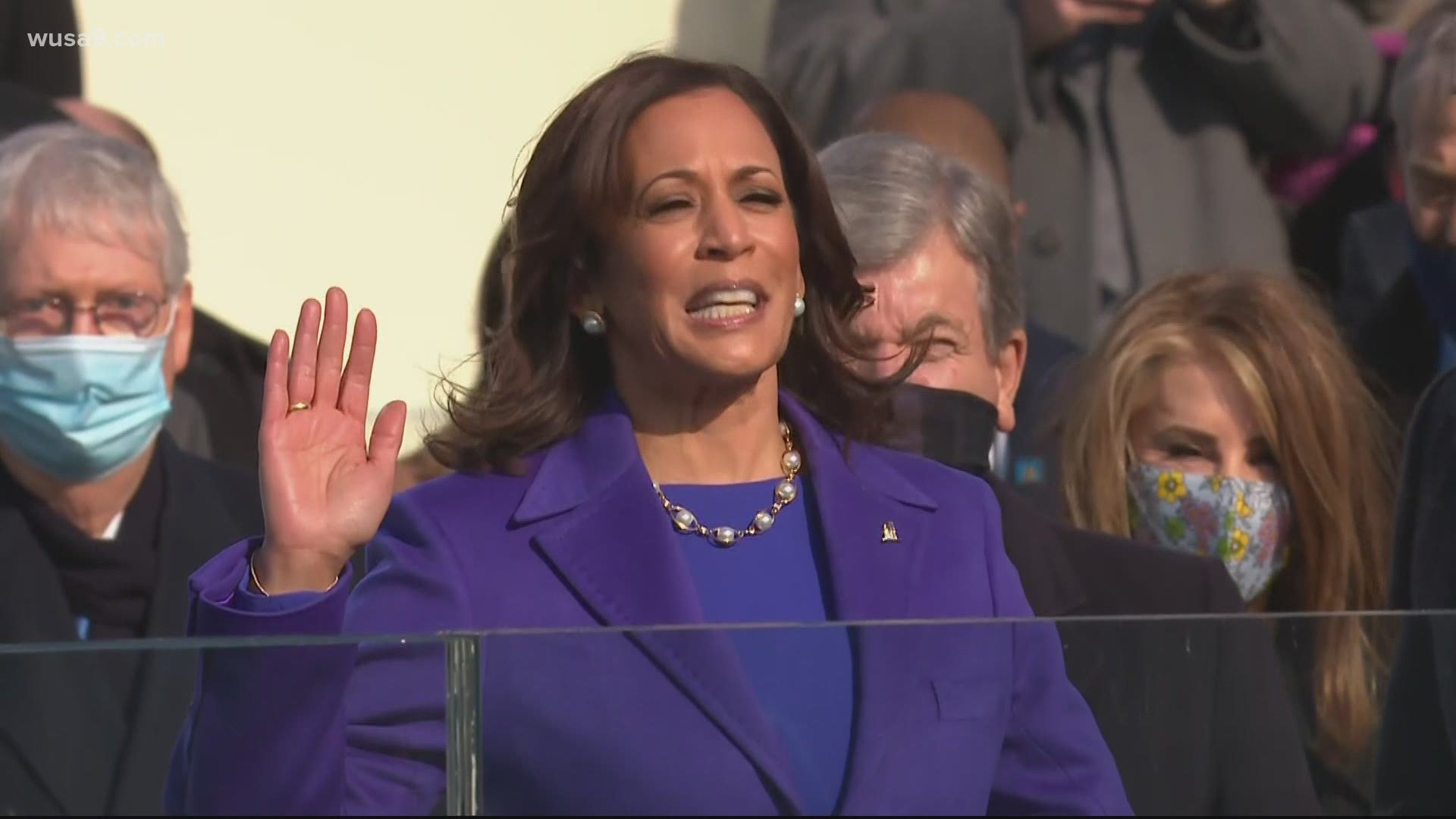 WASHINGTON — The rise of Kamala Harris to Vice President of the United States has inspired thousands of students who hope to follow in her footsteps.

Before ascending to the White House, Vice President Kamala Harris was an economics major at Howard University. Hazel Robinson is the president of the Howard University Economics Department Alumni Association.

"She got her bachelors in economics in 1986. We’ve had the same experiences, took some of the same classes and had some of the professors and that is very, very exciting to me," said Robinson.

Before Inauguration Day, Robinson wrote a letter to Vice President Kamala Harris to congratulate her on this important moment in history.

"We are so proud of your selection as Vice President-Elect of the United States of America," Robinson wrote in the letter on behalf of the Economics Department Alumni Association at Howard University.

"When this phenomenal success occurred, we thought we had to reach out and let her know that we are in existence and that we are rooting for her and want her to be successful. We are 100% behind her," said Robinson.

Harris returned to Howard University, years after graduating, when she was a District Attorney in San Francisco. "I'm very proud. We are very proud of her and I know she is going to do even bigger things in life. We are in the stands rooting for her and cheering her on and we know the best is yet to come," said Robinson.

RELATED: READ: Full text of 'The Hill We Climb' from Amanda Gorman, the inaugural poet

Now Robinson said Vice President Kamala Harris is inspiring the next generation of students from the White House.

"It’s possible. It’s really possible. This has been a glass ceiling for women and just to see her shatter it with so much style and grace and humility, it’s inspirational," said Robinson.