It has a history all its own. 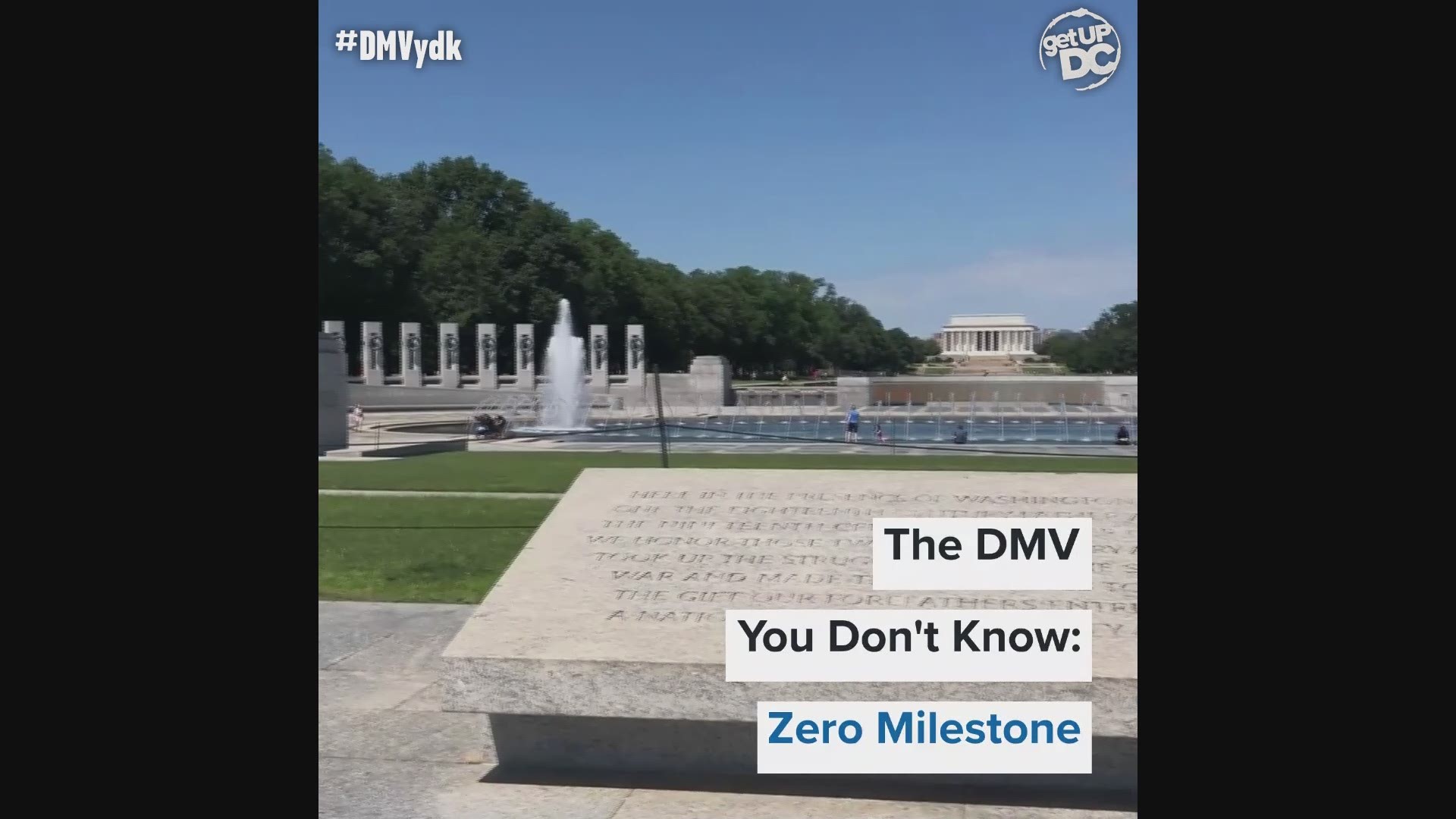 WASHINGTON — Sitting on the Ellipse just south of the White House stands a monument that is often overlooked compared to the others in Washington D.C., but has a history all on its own.

The Zero Milestone was the idea of “good roads” advocate Dr. S. M. Johnson in 1919. He thought the government should create a road system and have a marker which signified the starting point.

On July 7, 1919, less than a year after World War I ended, the U.S. Army launched their first attempt at sending a convoy of military vehicles across the country to the west coast using public roads in the northern half of the United States. A young officer named Dwight D. Eisenhower participated in it and said the 3,200-mile-long trip to San Francisco was difficult, tiring and fun.

On June 14, 1920, a second military convoy was planned and took a southern route across the United States but ran into multiple troubles including deep mud, massive flooding and sand drifts in the west. The convoy arrived in San Diego on October 2nd, a whole 111 days after it began, traversing more that 4,500 miles.

A permanent Zero Milestone, a two foot by four foot granite marker was erected, during a ceremony on June 4, 1923 to commemorate those two convoys. President Warren Harding accepted the milestone on behalf of the Federal Government. It drew crowds far and wide as 8,000 people attended.

However, a singular Zero Milestone didn’t last long as other cities wanted zero milestones where their roads began. Several were erected including in San Diego, Nashville and Richmond, Virginia.

Today, the Zero Milestone is dedicated to the Interstate Highway System and one of its founding fathers, President Dwight Eisenhower, who signed the Federal-Aid Highway Act in 1956. It serves as a beacon of progress that helped change the United States in the early-to-mid 1900s.

On this day in 1923, the permanent Zero Milestone was unveiled by President Harding near the White House in Washington, DC. https://t.co/wn03XR7Aqc pic.twitter.com/vsEvgDHYTt

RELATED: A first-time voter from DC featured on 'Ellen' | Most DC Thing