Ruth Bader Ginsburg seemed like an unstoppable force of nature. Sadly, she has passed away from us. 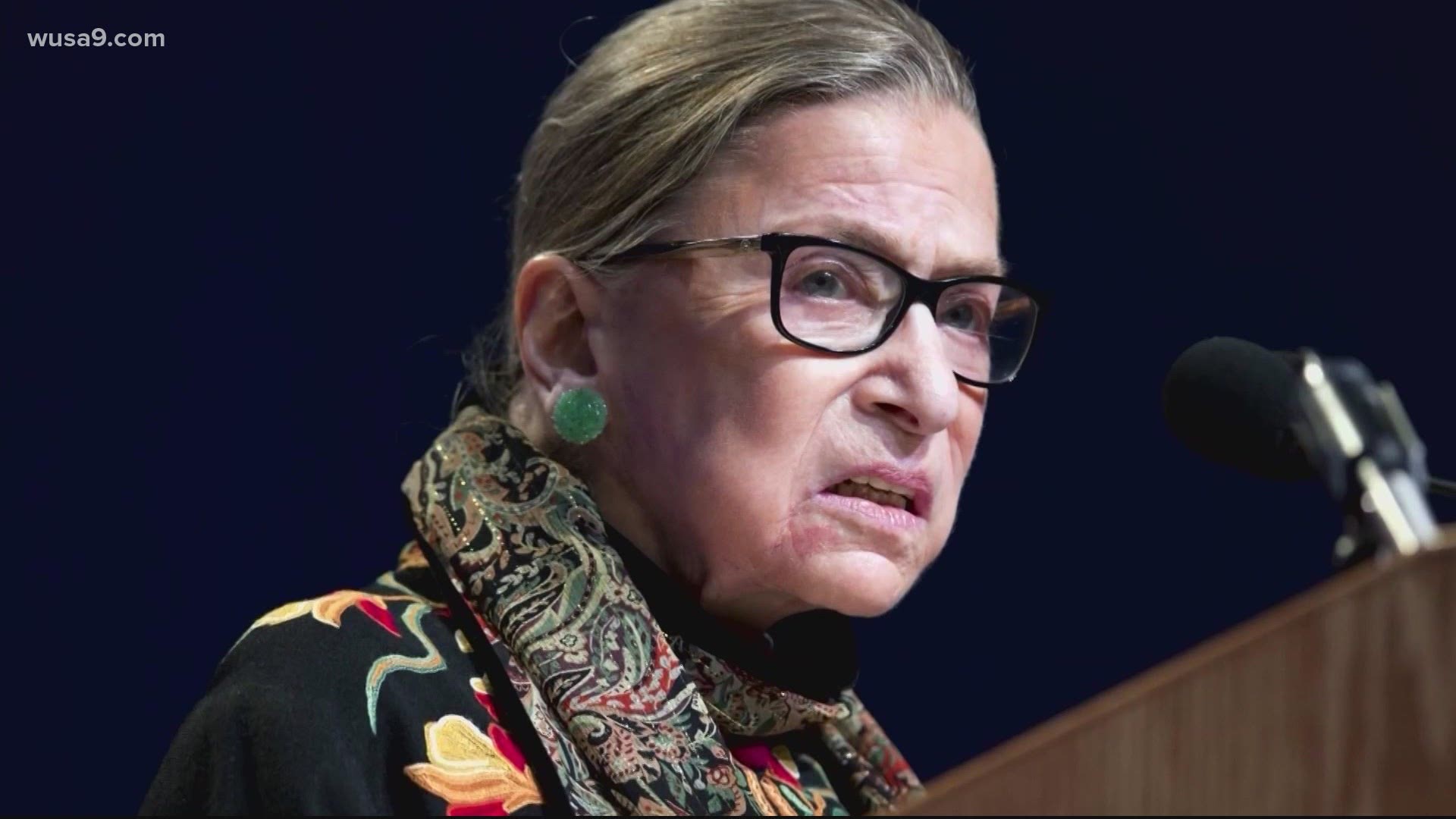 WASHINGTON — Shocked and saddened. Those were my immediate feelings when I received the news of Ruth Bader Ginsburg’s transition. She was a fixture on the supreme court and in our very culture, it just seemed as though she would always be here. Our constant north star.

From the very beginning, she was a trailblazer. Attending Cornell University, at a time when women were discouraged from seeking higher education, she earned her Bachelor's degree, the highest-ranking women in her graduating class.  She would go on to Harvard Law School, one of only nine women in a class of 500 men.

Reportedly the Dean invited the nine to his home for dinner, where he asked them, "Why are you at Harvard Law School, taking the place of a man?"

Undeterred, when her husband Martin took a job in New York City, she transferred to Columbia, my alma mater, earning her law degree, graduating tied for first in her class. She would go on to become the first woman to hold a full professorship at Columbia and co-founded the first law review on women’s issues. She also co-founded the ACLU’s Women’s Rights Project. While teaching she argued six cases before the Supreme Court, winning four, including Reed vs. Reed, which deemed discrimination based on sex unconstitutional. Using this ruling, she then methodically targeted government policies that treated men and women differently, taking them down one by one, opening the doors to equality.

In 1980, she joined D.C. Circuit Court, this time, Martin following her to D.C. She served 13 years and then, tapped by Bill Clinton to take her place on the supreme court. She became the second woman ever so honored. Her tenure was stellar. She was awarded the ABA Medal, the Bar Association's highest honor. Inducted into the National Women’s Hall of Fame, she became the first supreme court justice to officiate a same-sex marriage. She also became an icon.

She once quoted Dr. King in court saying, “The arc of the moral universe is long, but it bends toward justice,” she then added, “But it only bends that way if there is a steadfast commitment to see the task through to completion.”

And that’s what she was-- steadfast. A rock of morality.

She must be remembered as one of the most important legal voices in history. A kid from Brooklyn, who grew up to inspire and change our nation. And for the rest of us--we MUST maintain a steadfast commitment to see her task through to completion.