The singer and Broadway performer died last week due to complications from COVID-19 at the age of 66. 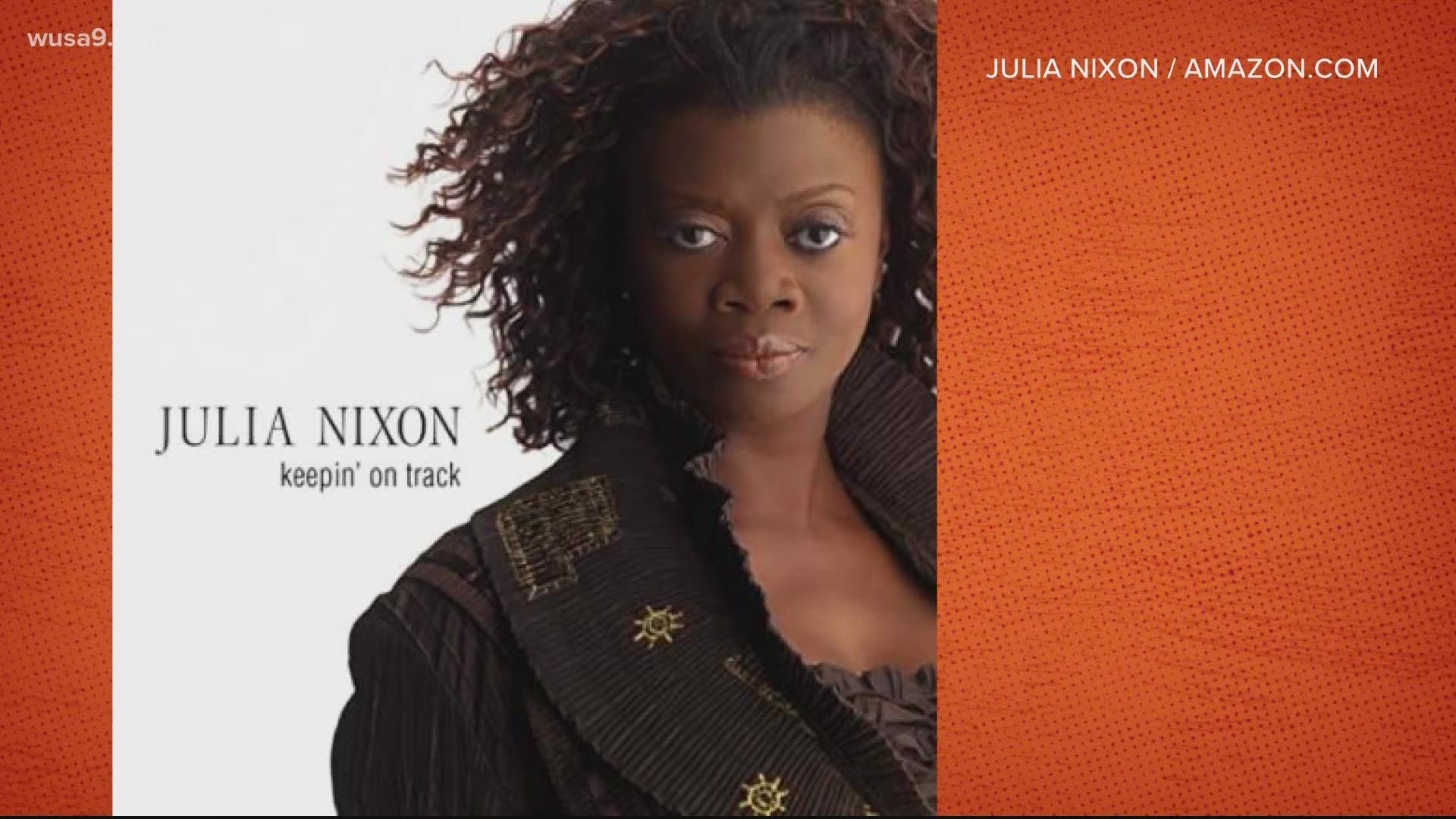 She began her career singing at D.C. bars and nightclubs back in the 1970s  before becoming internationally recognized when she played the lead role in the  Broadway musical "Dreamgirls."

She was D.C. through and through. When she went to Broadway to perform in "Dreamgirls," she promised her fans in D.C. that she would be back. She kept her promise. She returned to D.C. nightspots like Mister Henry's in Adams Morgan and on Capitol Hill, and Blues Alley in Georgetown.

After her time on Broadway, Nixon's career really took off. She performed as the opening act in shows headlined by singers and performers like Stevie Wonder, Aretha Franklin, Tina Turner and Richard Pryor.

She performed at iconic venues like Lincoln Center, Radio City Music Hall, Carnegie Hall, The Kennedy Center, and the White House, too.

She was also a real advocate for the LGBTQ community, performing several times on the main stage at D.C.'s annual Capital Pride celebration.

Julia was a uniter, who brought together a divided city. Black and white, gay and straight, all would come to see her perform. Even the mayor and city council members would attend!

According to a friend, Nixon planned on performing again at Mister Henry's on Capitol Hill this fall. Sadly she lost her life to COVID before that could happen.

RELATED: Another storied music venue may be closing its doors | It's A DC Thing