We need to hold our elected officials accountable | Hear Me Out

Scandals have plagued two of our elected leaders, both when they thought no one was watching. 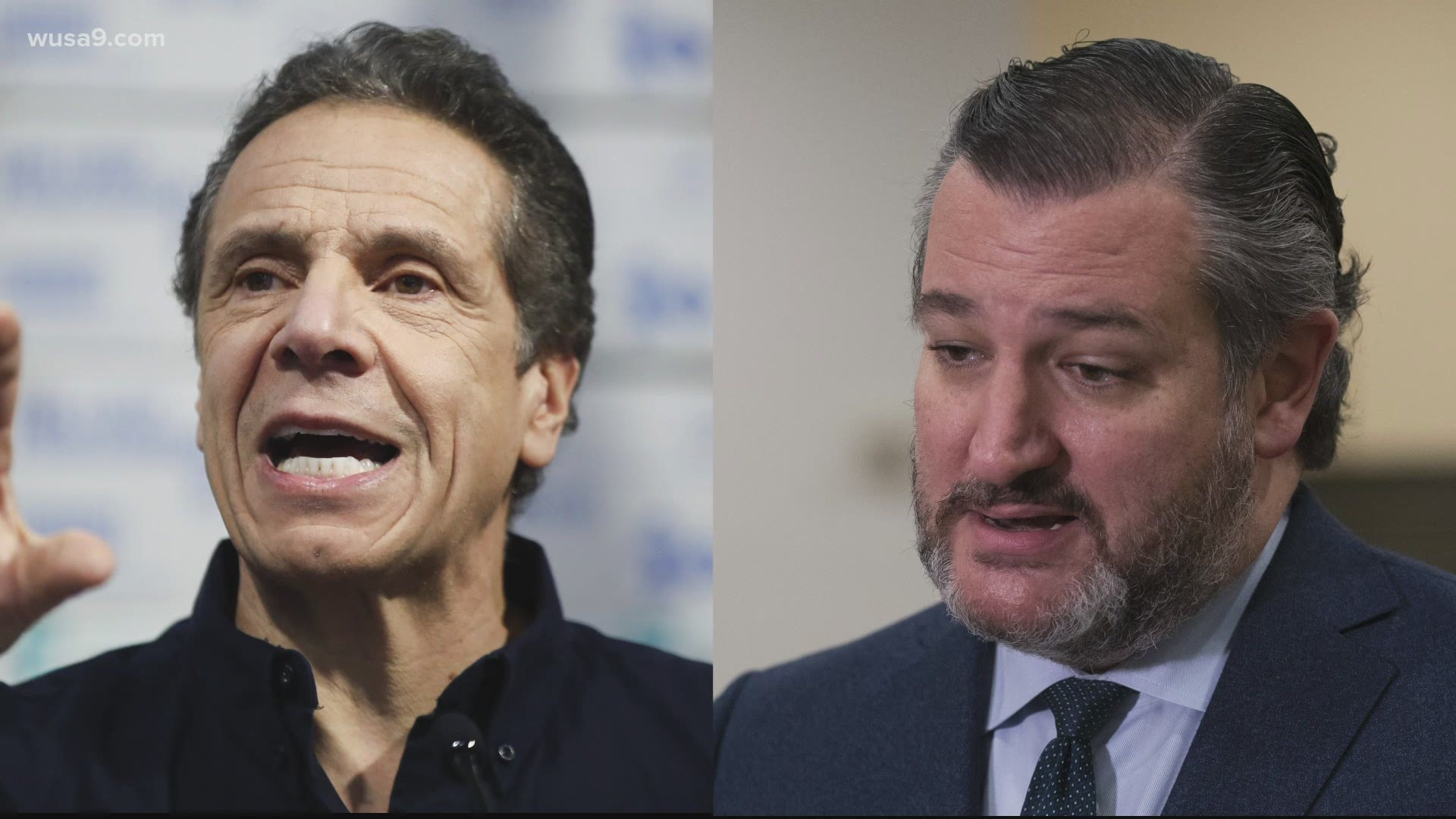 WASHINGTON — There’s a saying about Integrity. It’s about doing the right thing even when no one is watching.

This week, scandals have plagued two of our elected leaders, both when they thought no one was watching.

Let’s talk about Cuomo first: When the pandemic started, he emerged as a calming voice of reason. His daily news briefings helped steady the uneven feelings and played a part in relieving our anxieties.

However, new reporting revealed the state was under-reporting the number of deaths in nursing homes as a result of COVID. In other words, allegedly fudging the numbers to make things look like they were better than they are. The Justice Department is now looking into this, and rightly so.

If that isn’t chilling enough, spare a thought for Texas. You’ve seen the pictures… they’re freezing right now thanks to the widespread outages and arctic temperatures there. So you’ve heard the saying, "When the going the gets tough….the tough jump on a plane and head to a resort."

That’s what Ted Cruz did while his state spent the past week enduring awful conditions.

After he was caught in the act – he admitted to what he did - claiming he was just trying to be a good dad.

Sen. Ted Cruz, back in Texas, says it was "obviously a mistake" to go to Cancun.

You can hear protestors chanting "Resign!" in the background. pic.twitter.com/FwA6Dsg4fv

“Whether the decision to go was tone deaf, look it was obviously a mistake and in hindsight I wouldn’t have done it. I was trying to be a dad.”

Now you might hear some outlets complain about the lack of coverage of Andrew Cuomo, saying the left is using one scandal to cancel out the other.

But hear me out:

Both of these things are terrible. They obviously hold different weight, but we need to hold all of our public officials accountable.

Accepting responsibility and accounting for one’s actions is key. Especially from our elected officials.

RELATED: 'Obviously a mistake': Cruz returns from Cancun after uproar