It's time to #EndSARS for good | Reese's Final Thought

Young people in Nigeria have spent weeks protesting their nation's Special Anti Robbery Squad. It's a group that has terrorized the nation for decades. 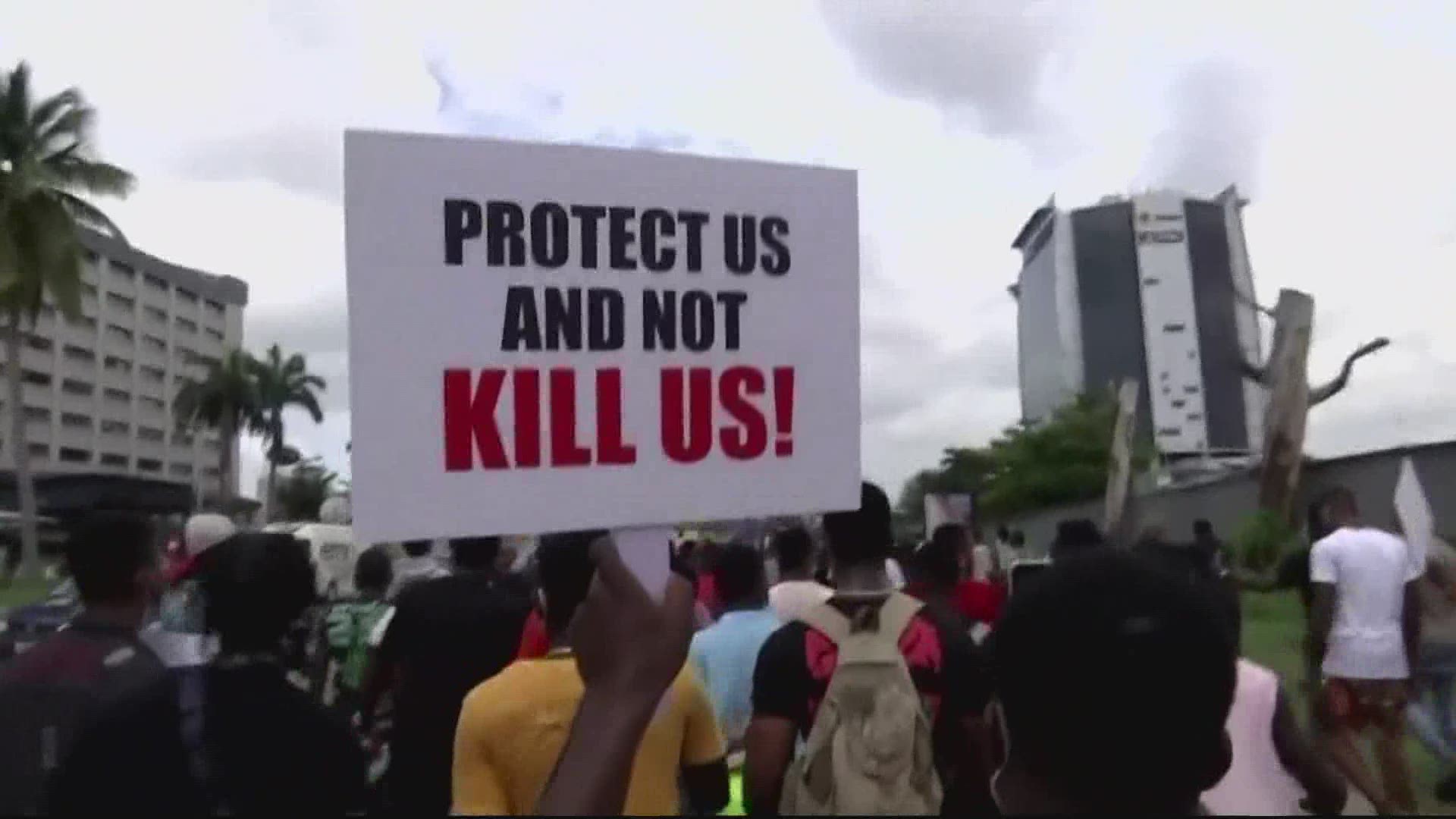 WASHINGTON — Despite the heightened awareness brought about by protests, police malfeasance and brutality continues to be an issue, both here in this country and abroad.

Young people in Nigeria have spent the last weeks rallying in protest, calling for the disbandment of that nation's Special Anti-Robbery Squad, or SARS.

Established in Lagos by police in the early 1990s, the squad was formed to fight armed robberies in the city and its suburbs. The unit was later expanded, becoming part of Nigeria’s overall national police strategy to combat crime. It’s then that its critics claim the unit began to operate without accountability.

Reports of human rights violations committed by SARS officers against Nigerian citizens, including robberies, extortion, kidnapping, torture and extrajudicial killings are common, but receive little to no attention from political authorities. Youth groups have been peacefully protesting them since 2017.

The latest began October 4, when video of SARS officers shooting a young man and then stealing his SUV emerged and went viral, prompting young people to take to the streets demanding that SARS be abolished. The grassroots movement has gone global. The world has been able to follow the protests through activists’ posts on social media. Celebrities and influencers have been spreading news to their millions of followers under the hashtag #EndSARS. Even Joe Biden has spoken in support.

RELATED: 'Soro soke' | Nigerian diaspora in the DMV gather at the embassy to 'speak up' against police brutality

With pressure growing, on October 11, the Nigerian Police Force announced that SARS had been dissolved, officers had been arrested and past atrocities would be investigated. Protesters however, distrustful after almost 30 years of abuses, have stayed in the streets attempting to bring about lasting changes.

Their suspicions were tragically confirmed. On October 20, Nigerian security forces fired into a crowd of young people camped at the Lekki toll gate plaza, peacefully singing the country’s anthem. According to Amnesty International, hundreds were wounded, ten died, and a new hashtag was born; #LekkiMassacre.

Comparisons have been made between the Black Lives Matter and EndSARS movements. Each triggered by police violence committed against their respective marginalized communities.  One based in race, the other economics and personal greed. Both driven by young people wanting justice and their existence to be free of state sanctioned terror.

Let us hope, that in a not-too-distant future, people will look to 2020 as the year that the world started toward that existence.