"EndSARS" may be a phrase you've seen posted on Instagram. But in the nation's capital, it's a growing movement. Meet the men and women behind the message. 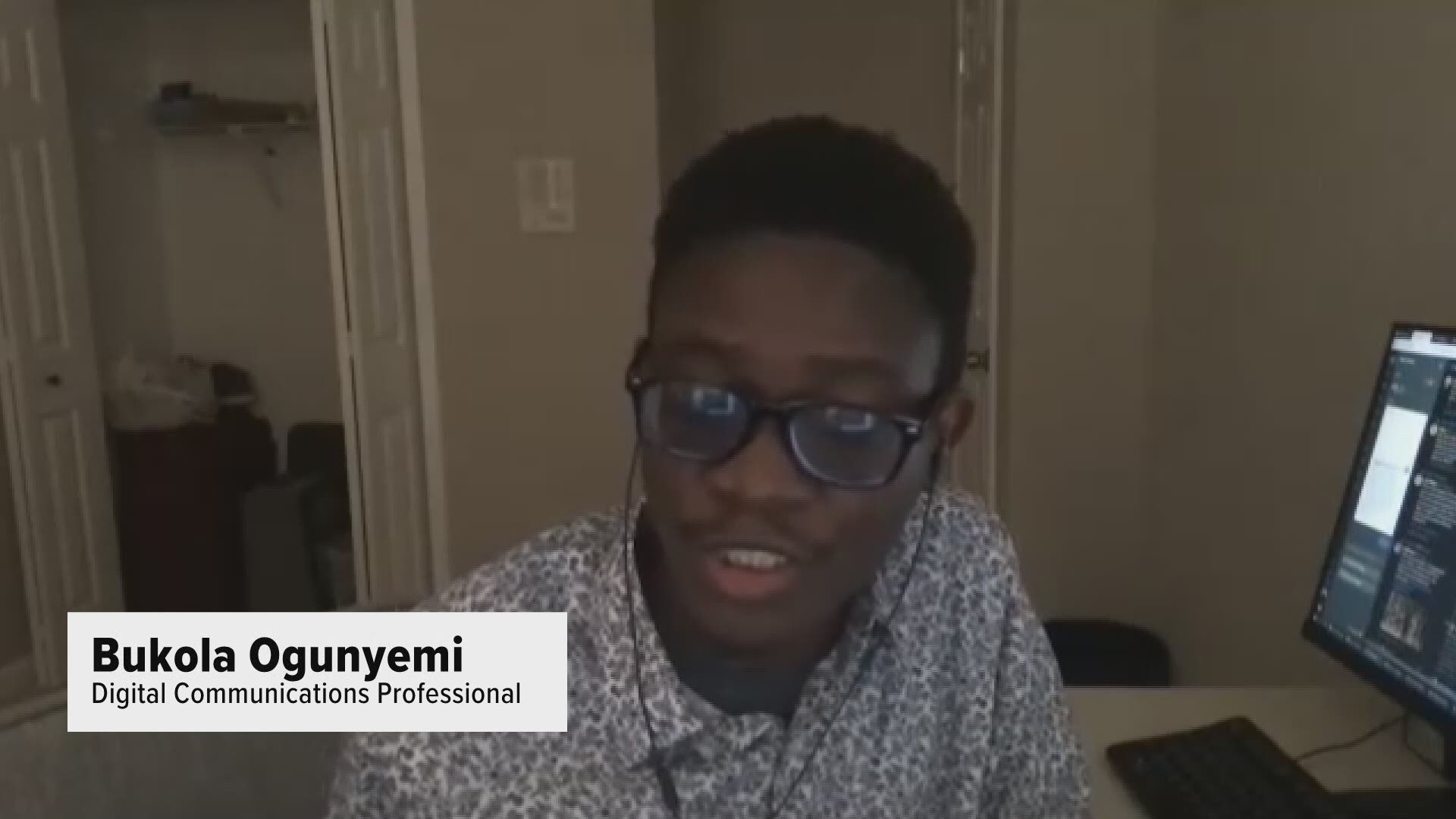 WASHINGTON — Oct. 1, 2020 marked a significant celebration for Nigeria. It was the 60th anniversary of their independence from Great Britain back in 1960. Tired, frustrated and demanding a change, Nigerians fought and won their freedom from their British colonizers.

Fast forward 60 years, and a new generation is equally tired, frustrated and still demanding change, this time from their own government. Just days after Independence Day, protests broke out all across Nigeria demanding the end of a special police unit known as SARS, the Special Anti-Robbery Squad.

Created in 1992 the role of SARS was to tackle crimes related to theft. Yet for years the unit has been accused of committing crimes themselves. A 2018 Amnesty International report found “widespread human rights violations including extrajudicial executions, torture, and other ill-treatment, rape and extortion by officers of the SARS”.

The #EndSARS movement began back in 2017 as a call to end the unit. But it began to pick up steam again this month after the killing of Jimoh Isiaq, a bystander who was murdered by SARS officers while watching an ongoing #EndSars protest. Citizens have now taken to the streets of Lagos and across the country, once again demanding change.

“Young people are tired, they are fed up and they’re just not going to have it any longer," Bukola Ogunyemi, a digital communications professional based in the D.C. area, said.

Bukola moved to the United States in 2018 from Nigeria but has remained an activist, protesting the injustices happening in the country.

After hearing about the killing of Isiaq, Ogunyemi and his wife, Tolu Awodiya, and another friend got together to discuss a plan on how to support their fellow citizens from abroad.

On the rainy Sunday afternoon of Oct.11, about 100 members of the Nigerian diaspora gathered in front of the Nigerian Embassy to express their frustration and show support from afar.

“The aim primarily was to let people know at home that they are not alone," Awodiya said. "We know about it, we’ve experienced it and we are also for change."

Awodiya immigrated to the United States in 2004, and also came from an activist family. She met her husband at an Occupy Nigeria protest in 2012. Having struggled to see a future for Nigeria, she feels this new generation can bring about a difference.

“People have fantasies of a clean Nigeria, a safe Nigeria, a prosperous Nigeria but I can’t even see it," she said. "But there is a glimpse of hope…these young people are realizing their power."

On the same day protesters gathered outside the Nigerian Embassy in the District, the President of Nigeria tweeted that he would be dissolving the unit. But it's not the first time the Nigerian government has promised such change, to no avail.

“When the President said SARS was dissolved, there were…images on the streets of Lagos of these same SARS officers perpetuating these extortions,” Ogunyemi said. “This time around, people want something tangible that they can hold onto."

PRESIDENTIAL DIRECTIVE: The Special Anti-Robbery Squad (SARS) of the Nigeria Police Force @PoliceNG has been dissolved WITH IMMEDIATE EFFECT.

The Inspector General of Police will communicate further developments in this regard.

The movement has begun to catch on with celebrities as well. Sean “Diddy” Combs, Chance the Rapper and John Boyega have tweeted out in support of the movement. Twitter's CEO Jack Dorsey even used his platform to urge people to donate to the cause.

Some are connecting the growing momentum to a potential ripple effect of the Black Lives Matter and George Floyd protests held locally this summer. As significant and ongoing changes are being made to police departments across the United States, EndSARS advocates said they are seeing firsthand the power of protest.

“Black liberation is a global struggle," Seun Babalola, the founder of EndSARS DMV said. "The effects of colonialism in the United States are so far-reaching."

Babalola helped to organize the first D.C. Nigerian Embassy protest, and said he has others in the works, including one this past Sunday. He is a first-generation immigrant born in Bronx, NY, but living now in the D.C. region. While he is Nigerian-American, he said he identifies more with his Nigerian roots, describing the harassment and mistreatment some of his own family and friends have experienced at the hands of SARS, and the atmosphere of fear and intimidation they leave behind.

He said he encourages Nigerians in the diaspora to use their voices to speak out against injustices, because directly or indirectly, he said, they are affected by this issue as long as they have family back in Nigeria.

“Nigeria is still home," she said. "At some point, you will want to still go home…I want to go home, but I want to go to a home that’s safe." 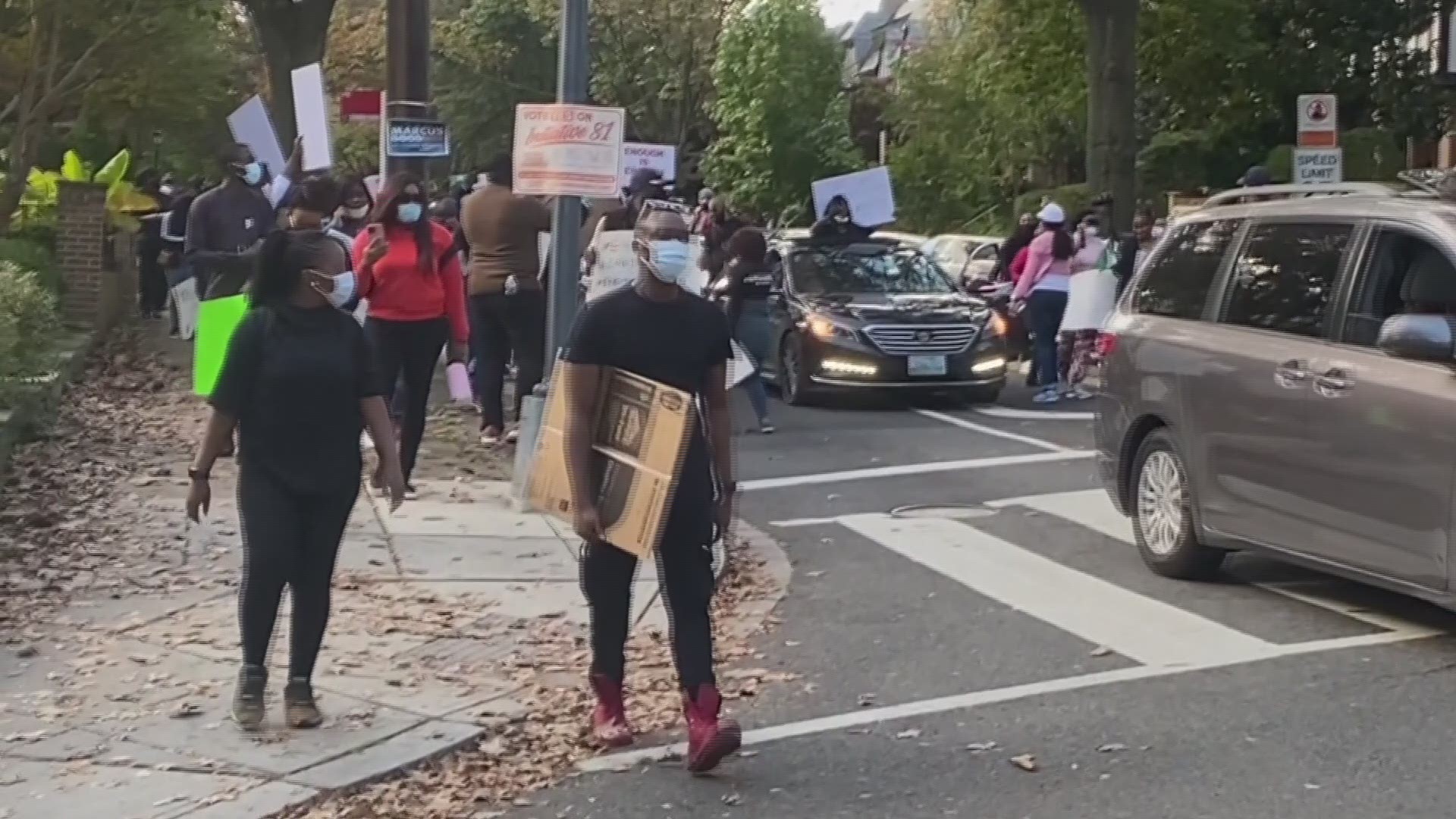