Members of The House voted to make DC the 51st State. It's only taken about 230 years 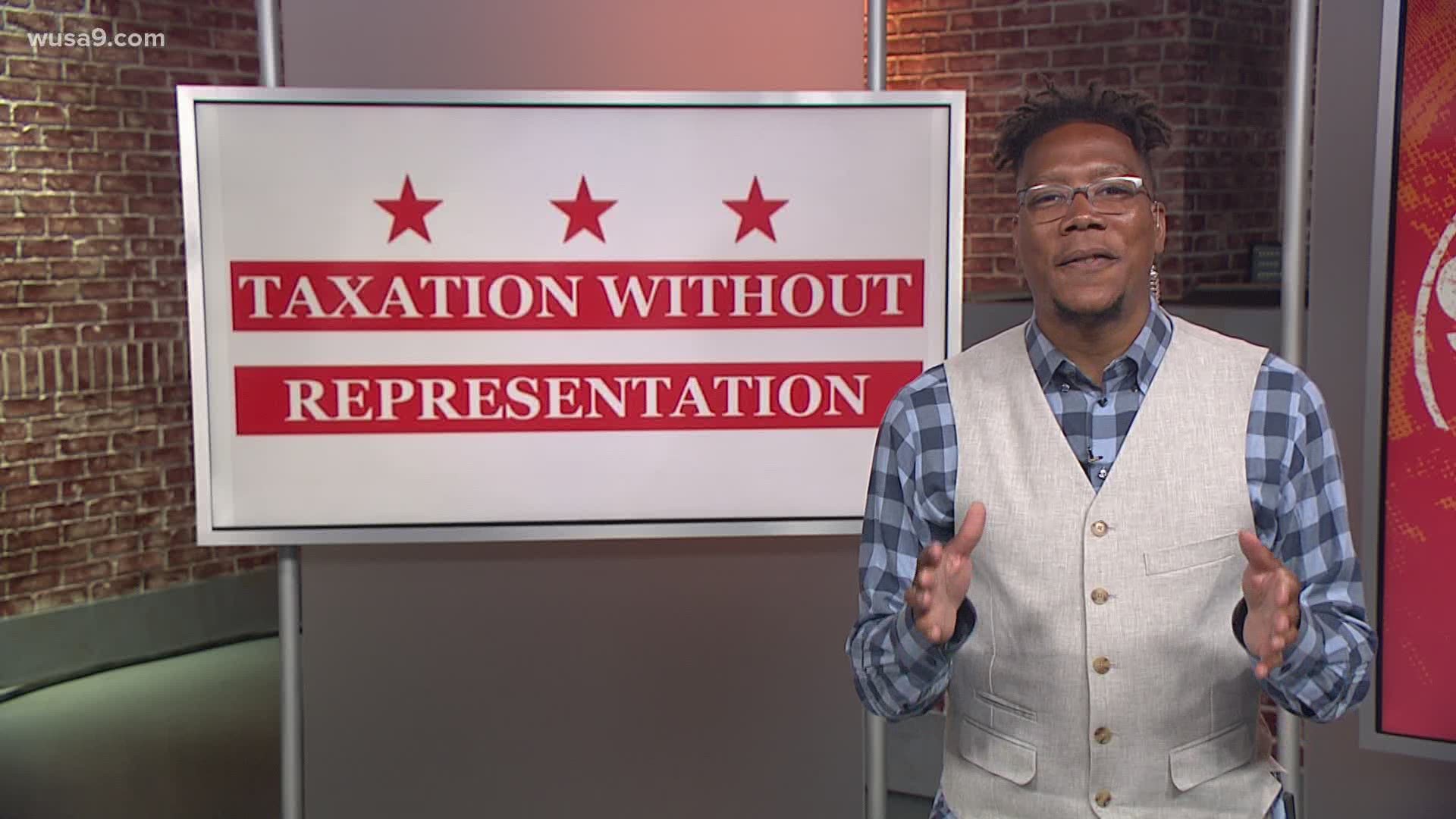 WASHINGTON — It’s been a long time coming, but last week the U.S. House of Representatives voted to grant statehood to the District of Columbia.

This would make D.C. the 51st state and would give the little over 700,000 citizens who live here something we’ve never had before, taxation WITH representation -- a full and equal voice in our nation’s democracy.

The passing of the vote set off celebrations from statehood advocates like Mayor Muriel Bowser and Eleanor Holmes Norton, our long-time congressional delegate, who currently has all the same powers as her colleagues within that body except the most important one -- the final floor vote -- the ability to give the people who elected her a say in matters that affect them. The residents of D.C. pay the highest federal taxes per capita, and can say nothing about where that money goes.

There were of course those opposed to it, like Tom Cotton. You remember him: The senator from Arkansas who thinks the American military should be used to silence citizen he doesn’t agree with? He went to the Senate floor to argue that we don’t deserve statehood because other than lobbyists and federal workers, we have nothing to offer -- as if our history alone is not enough.

He also wants it to be known that unless you’re heading out to a mining, logging or construction job this morning, you don’t count, unlike the good, working class, well-rounded people of Wyoming. He also thinks we're not qualified to pick the two people who would represent us in the Senate. I would guess he would want us to take lessons from the people of Arkansas. Then, there’s Montana Sen. Steve Daines, who thinks that you have to travel outside the beltway to find real people.

The history of denying statehood to the District is steeped in racism, classism and partisanship. The dogs being whistled in these statements are barking very loudly.

Now, the vote was mostly symbolic. It's going to die in the Senate, thanks to majority leader Mitch McConnell and his GOP brethren there. Even if it somehow got passed, and made it to the president’s desk, he's vowed not to sign it, saying that Republicans would be very very stupid to let D.C. become a state.

But as one-time D.C. resident Frederick Douglass once said: "Power concedes nothing without demand."

It never did, and it never will. With this vote, the demands of the people have now been heard. You can't unring a bell. Power will have to listen, and with the upcoming elections in the balance, power will have to change.

RELATED: Journey to statehood: DC is now one step closer to becoming the 51st state