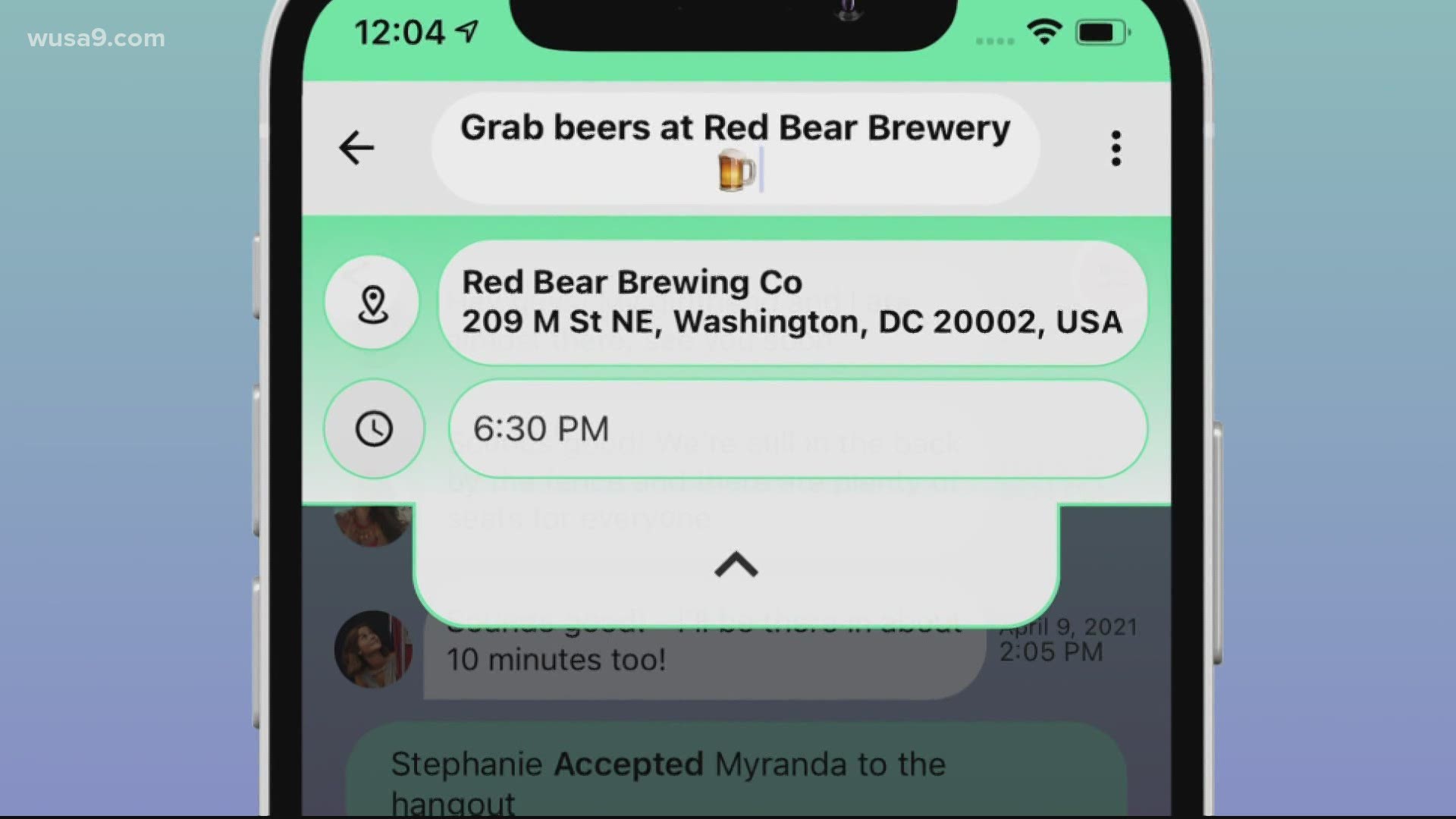 WASHINGTON — After such a long time spent inside, it’s no wonder people are ready to make new connections.

In the middle of the COVID-19 pandemic quarantine, locals Darien Salehy and Joseph Sutton had an idea for how to make that happen in the DMV and other cities in Maryland and Virginia.

“There was really a lot of division at the time due to political turmoil . . We also discussed how difficult it actually is to make friends as an adult in D.C. It's not as easy as you think, given that there are so many people looking to meet new people to actually to meet friends,” Salehy said.

Salehy and Sutton combined their talents in technology, marketing and business to create a new app: Hangouts Social DC. The app will facilitate friendships in the District and its Maryland and Virginia suburbs, as well as in Baltimore, Maryland and Richmond, Virginia.

The purpose of the app is to find someone to hang out with, whether that’s grabbing some food in an hour or finding a salsa dancing partner a few weeks in advance.

“Once quarantine started, I think it became obvious to everyone how important social connections are to our health,” Co-Founder Salehy shared.

The app is only designed for spurring new friendships, unlike other social apps that are well-known for dating and relationships. Users can be reported and removed for flirting or other inappropriate advances.

Plus, the founders emphasized that the app is for everyone across the area to enjoy, no matter how social you are.

“That's what makes this app so awesome is that those days where you do find, you know, ‘I feel like being social,’ you can get on the app, create a Hangout, and meet people - make a new friend, maybe,” Salehy said. “Everyone has something to share and something to bring to the table. We want to spread that type of mentality.”

The app is officially launching on the weekend of July 4th. Friday, June 2nd is the first day the public will see it available for download in the app store.

Until then - those looking to experience the app earlier can join the waitlist and enjoy being one of the app’s first users.