Most warnings and watches for areas in the DMV region have expired.

Tropical Storm Elsa made landfall Wednesday in Taylor County, Florida along the Northern Florida Gulf Coast, according to The National Hurricane Center. The storm is moving northeastward inland along the Eastern Seaboard.

RELATED: Here are the 2021 Hurricane names for the Atlantic Basin 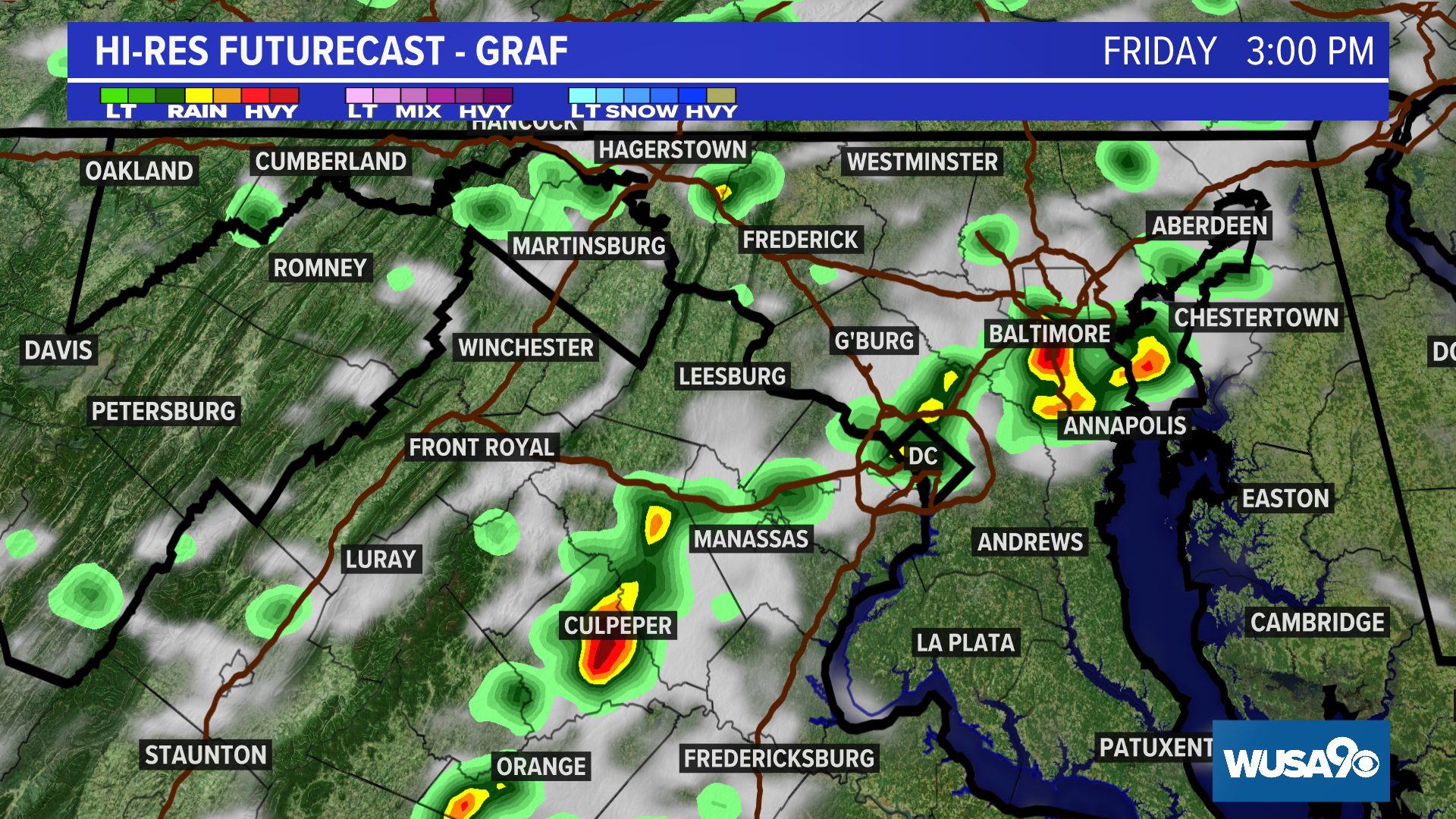 Overall, the impacts on the DMV are low, especially for D.C.

An approaching cold front and low pressure will help to steer the storm further east, away from the area. What's left of Elsa will help to bring more moisture to the area.

Southern Maryland and areas such as Ocean City experienced wind gusts up to 35-55 miles per hour, along with rain and a few thunderstorms. Most of the impacts happened between Thursday night and early Friday morning. Rip currents will be the biggest impact Thursday and Friday from the storm.

St. Mary’s County Public Information Officer told us Friday morning that there was “no major damage. No major injuries" following the storm.

ELSA, welcome to Maryland — Winds and rain are picking up here in Solomon’s. Storm will cross the Chesapeake around 10:30PM @WUSA9 @CBSNews @capitalweather #Elsa pic.twitter.com/BDG3tkkvwe

Elsa did pass over the southern part of DelMarVa Thursday night and into Friday, with Tornado Warnings issued for coastal Delaware for beaches, such as Rehoboth Beach, which is popular for many that travel to them from the D.C. area.

Tornado Warnings also were established for areas near Ocean City, as Elsa made its way north out of Maryland.
RELATED: Tropical Storm Elsa: Latest projected path, models, and potential impact to First Coast

Elsa is the earliest-known fifth named storm on record for the Atlantic basin in the satellite era (1966-present), breaking the record formerly held by Edouard on July 6, 2020.

RELATED: Explosives set off to bring down rest of collapsed condo