Scattered rain this evening followed by much colder temperatures 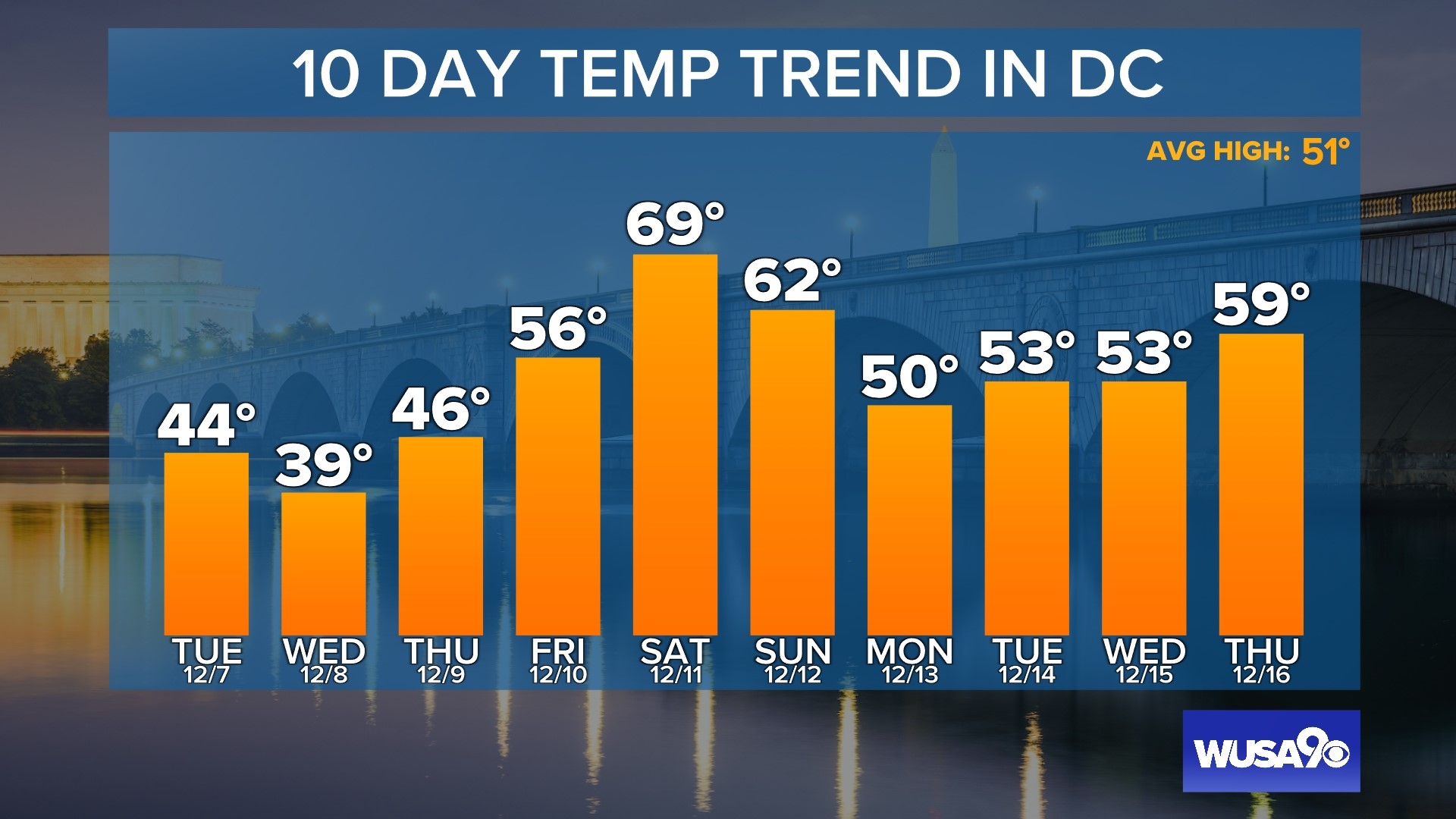 WASHINGTON — A cold front is passing through this evening and as a result wind is really picking up. We have a wind advisory in effect until midnight for DC, Maryland and northern Virginia for winds gusting up to 35 mph. By the time you wake up Tuesday we'll have partly cloudy skies and much colder temperatures in the 30s. High temperature tomorrow stay in the low 40s.

The cold air moving in later tonight will stick around through the middle part of the week and help set us up for snow mixing with rain Wednesday. Light snow will develop Wednesday morning and last into the afternoon. We'll mix light rain in with the snow from time to time, especially for areas south of DC. We are not expecting much if anything in terms of accumulation. The surface temperatures will be above freezing so snow will melt as it falls. Grassy surfaces, cars, etc. may get a light coating or dusting.

RELATED: Winter Weather Forecast: It's been almost 6 years since our last blizzard, could we see one this winter?

Continued cold weather is forecast for Thursday, followed by another drastic warm-up for the region. Friday will feature mainly cloudy skies and a small chance for scattered showers in the evening with temperatures back in the mid 50s. The real warm air arrives over the weekend when temperatures are forecast to climb into the upper 60s on Saturday! We're watching another round of rain, heavy at times, over the weekend. The timing looks to be late Saturday night into Sunday morning right now. We'll keep you posted! 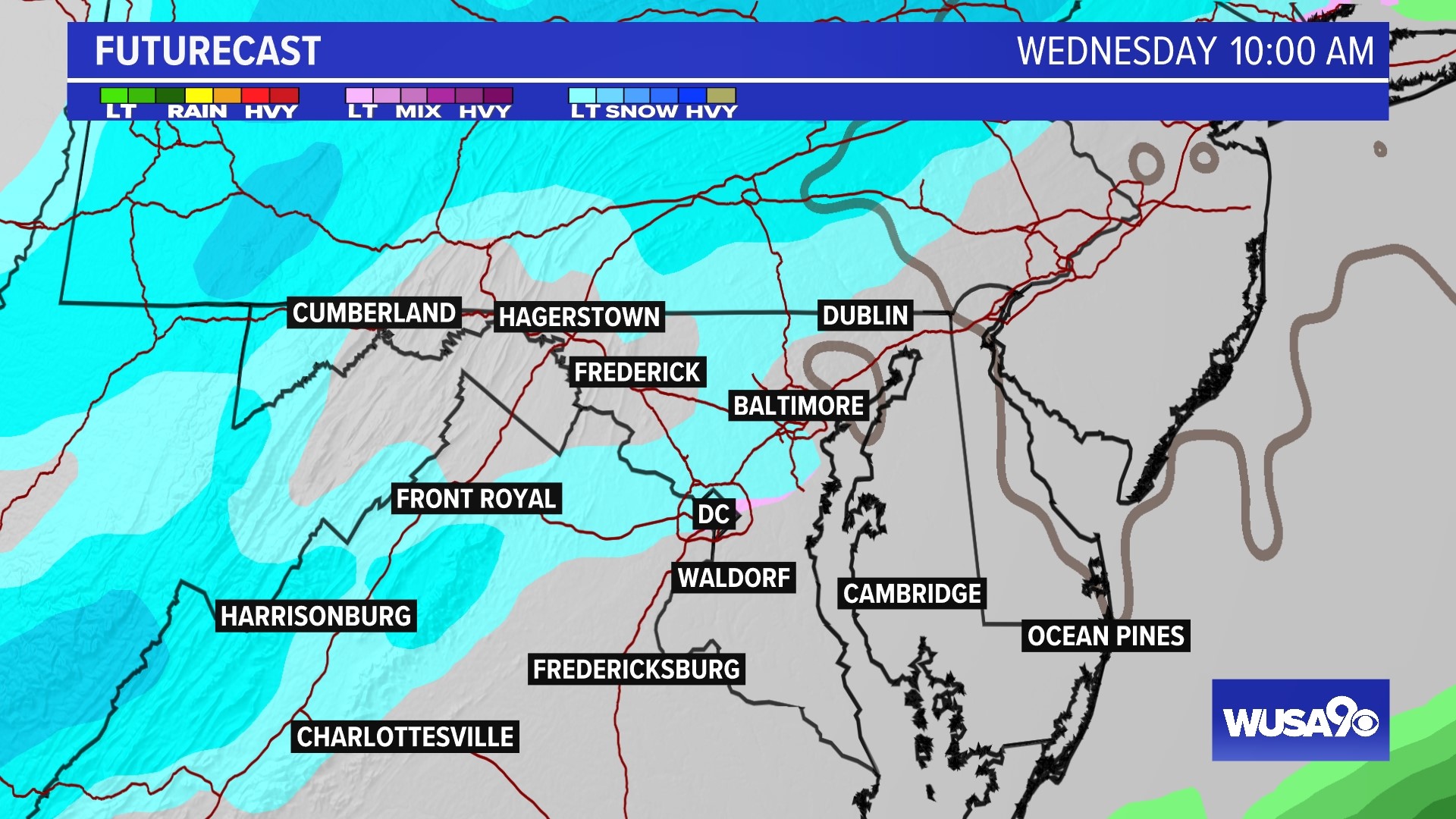