First tropical storm of 2020 has formed, moves near the Outer Banks

Arthur becomes the first named storm of the hurricane season. 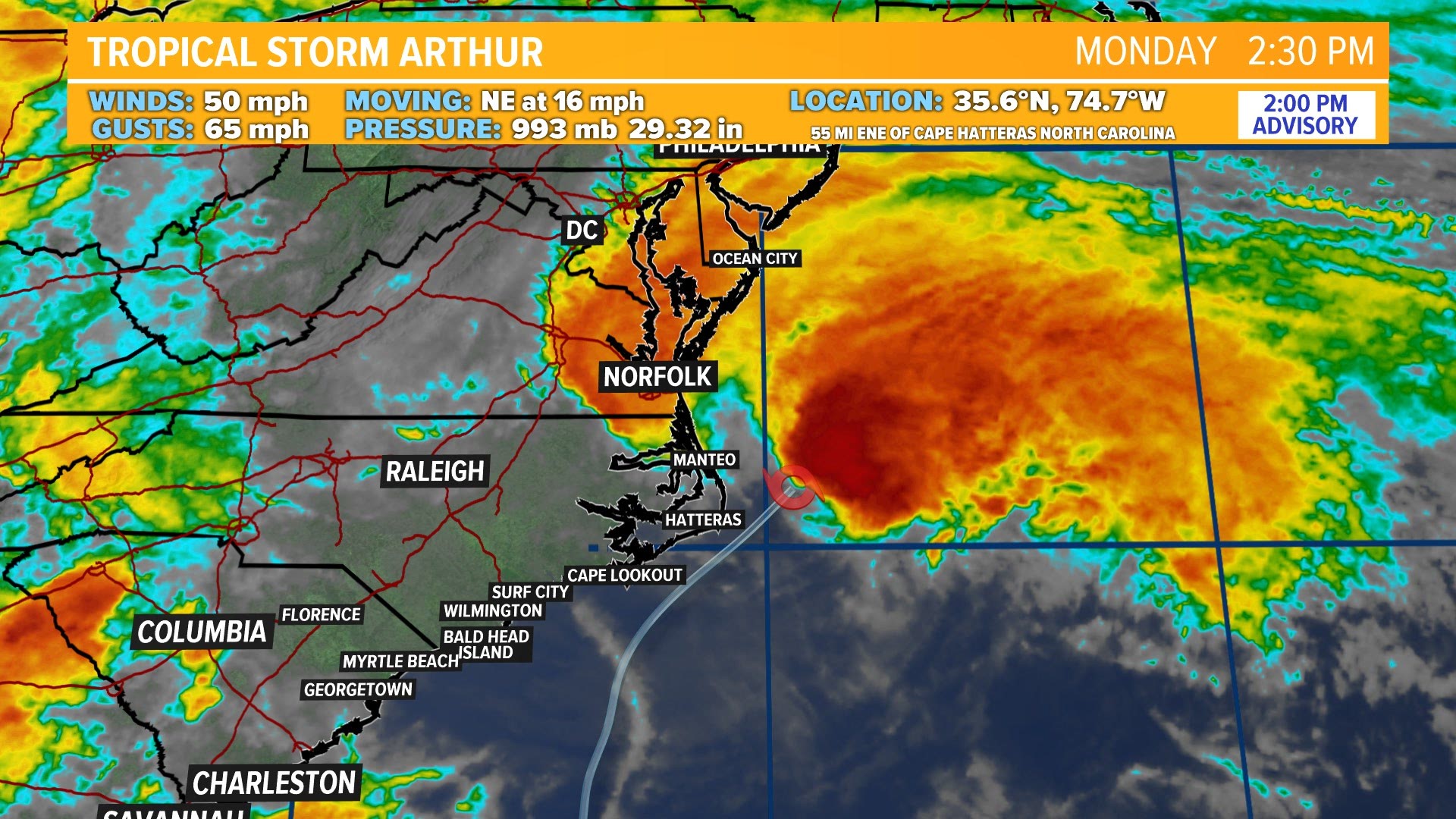 WASHINGTON — The first named storm of the 2020 hurricane season has arrived early. Tropical Storm Arthur has formed in the Atlantic Ocean.  The storm will likely stay off shore but bring rain and tropical storm-force winds (39 mph or stronger ) to coastal parts of North Carolina.

Tropical storm warnings were in effect for portions of the North Carolina coast which include Nags Head.

By Monday evening Arthur will be well off shore, moving away from the Outer Banks.

Arthur will bring dangerous rip currents and surf conditions along the southeast U.S. coast and in the Mid-Atlantic.

RELATED: 'Thunderstorm asthma' | Here's how thunderstorms can impact asthma and your allergies

The storm will curve out to sea by Tuesday.  At this point the storm will no longer considered to be tropical.

Arthur will not be a huge player in the DMV weather.  Areas along the coast including Southern Maryland, Ocean City and Delaware, Southern Virginia  may see wind gusts around 30 mph as the storm pulls away.  The rip current risk may also be higher.  The probability of seeing tropical storm force winds in these areas is between 5 and 10 percent, according to the National Hurricane Center.

Here is the official track of the storm from the National Hurricane Center. For the last six years, named storms have formed before the official start of hurricane season which is on June 1st.

The National Hurricane Center has not officially released its forecast yet, but other credible experts are thinking that this hurricane season will have above average activity.

El Nino will likely be a no-show this hurricane season, which is one reason why researchers are predicting an above-average season along with warmer than average ocean temperatures in the Atlantic.

El Nino conditions typically make the winds over the tropics stronger and that helps to "sheer" or tear the storms apart as they are trying to develop. Without that wind sheer, there wouldn't be much to slowdown the storms especially given the warmer waters, something hurricanes and tropical storms thrive on.