In western Maryland’s Allegany County there’s a piece of American history that’s pretty much been untouched for more than half a century. 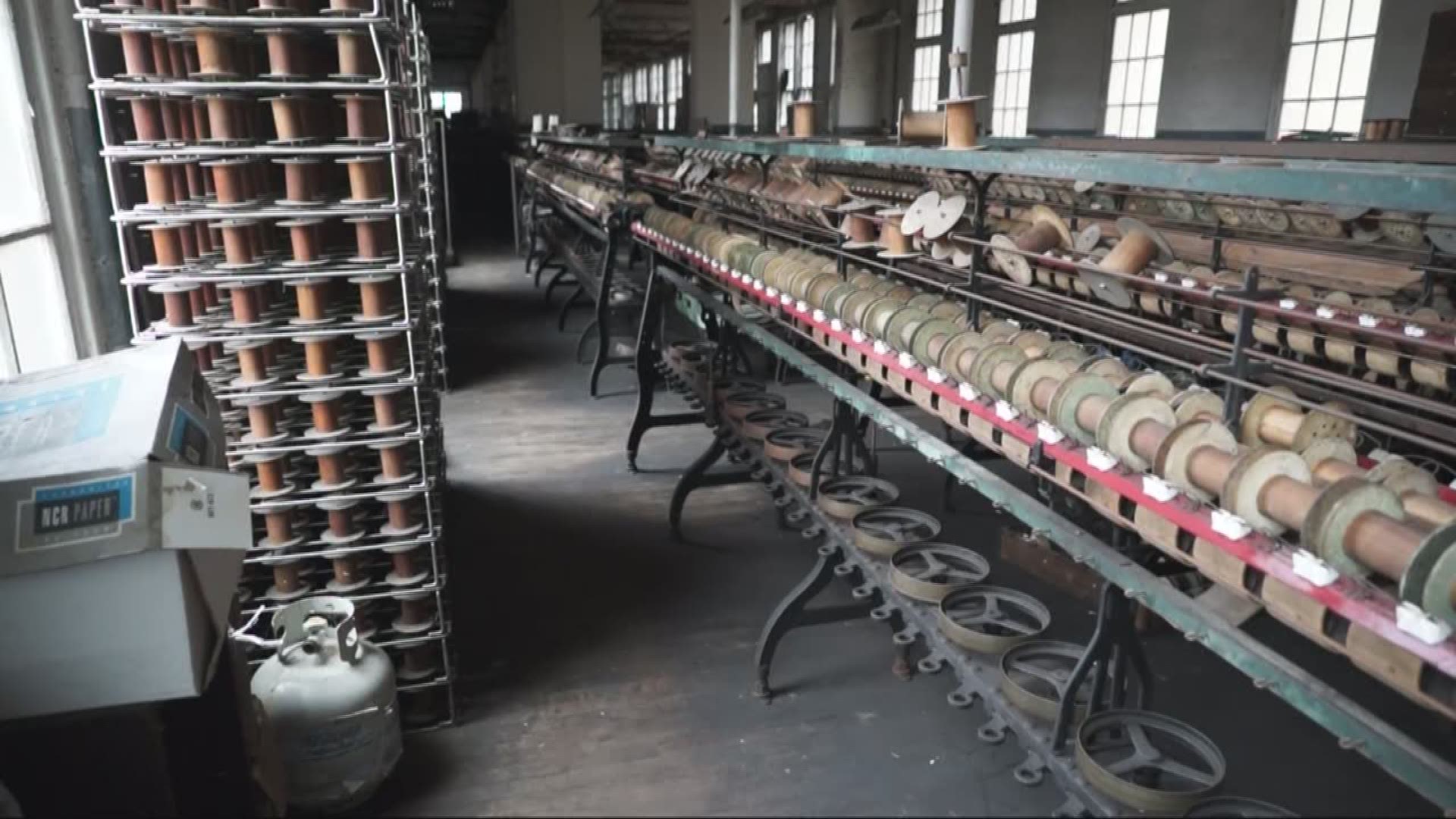 LONACONING, Md. (WUSA9) -- In western Maryland’s Allegany County, there’s a piece of American history that’s pretty much been untouched for more than half a century.

It’s drawn preservationists and scavengers. Its owner has spent almost that entire time trying to save it but time is running out.

It's the old Silk Mill in Lonaconing, Maryland. It is a time capsule of sorts.

"Every time I come in, I'll see something that I didn't see before," says Herb Crawford who now owns the mill. He has lived in Lonaconing his entire life.

Hundreds of people used to work in the mill. Many were children making pennies an hour.

"The youngest record I have is a 7-year-old girl. Most of them were around 14," said Crawford.

But, in 1957 the mill shut down. Workers weren’t even allowed to go inside to collect their belongings.

"That’s why there are shoes still laying around they didn’t get back in," said Crawford.

At one time, Lonaconing was a thriving coal town.

"On Saturday night you couldn’t drive a car down main street you had to walk, it was that crowded," said Crawford.

But, when the coal industry died, the lights on main street began to fade.

"We had jewelry stores. They’re gone. Harris’ Meat Market, it’s closed down. There use to be a theater there on Main street. Its closed," says Crawford.

Crawford bought the mill 40 years ago. His plan was to save the town.

"I thought, 'Oh man, I’m going to be hometown hero. I’m going to buy that place and get an industry in there and bring the town back to life.'"

"And that was the end of my dream."

Crawford gave up on saving the town but he’s still trying to save this building.

"Well, it’s the last silk mill in the United States."

As time passes, maintaining this place has gotten harder.

"It's needed a new roof for several years," said Crawford. "I used to run up that ladder with two of those five pound buckets of tar to tar the roof. Now, I’m lucky to get one of them up there."

A salvage company in Seattle wants to buy the mill and tear it down.

"He knows where he can sell every piece of this machinery. He said, 'When I leave there there won’t be a brick left.'"

Herb Crawford doesn’t want to sell it for scrap; but, he might have to. After all these years what’s left of the last silk mill in the United States could soon be gone forever.

"I’d like to see some non-profit organization take it over and restore it. I’ve been hoping for 40 years."

When Crawford was going through the old mill records he learned 15-year-old Robert "Lefty" Grove worked at the mill in 1916. "Lefty" Grove later became one of the greatest left-handed pitchers in Major League history. He is in the Baseball Hall of Fame in Cooperstown.